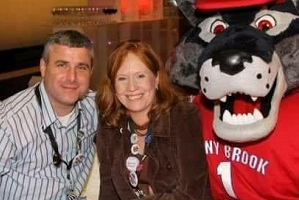 When our alumni come to Stony Brook, they know they’ll leave with a world-class education. But many leave with much more — lifelong friends, once in a lifetime experiences and best of all, a Stony Brook love story. Here are just a few of the heartwarming Stony Brook Love Stories that have been shared with the Alumni Association. Share your own Stony Brook Love Story on social media with hashtag #SBULoveStories. 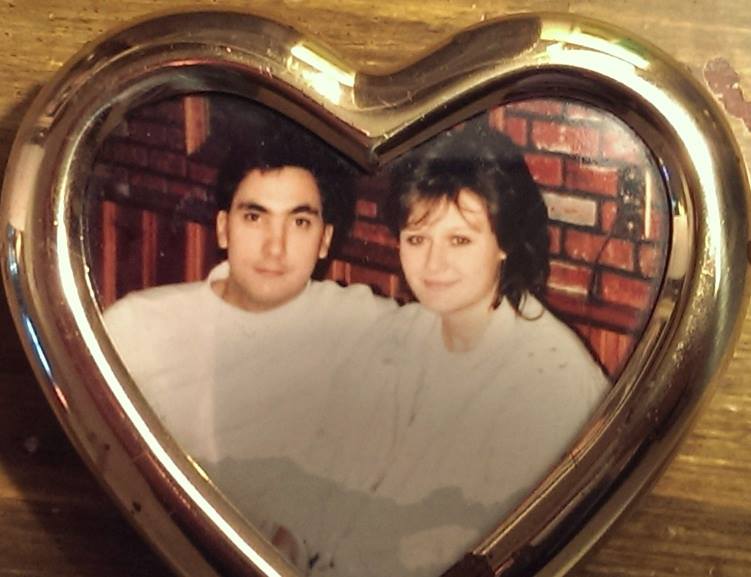 “I was an assistant manager at the Rainy Night House Café in the union basement, and we hired my future wife to slice deli meats! I then asked her out for a Monday evening date before realizing that my favorite NFL team, the Dolphins, was scheduled to be on Monday Night Football. So, I politely explained this dilemma, and she calmly explained to me that I could either go on the date Monday, or never, ever get a date with her again. So, I wisely missed the game. We started dating in September 1984 and have now been married for 27 years.” 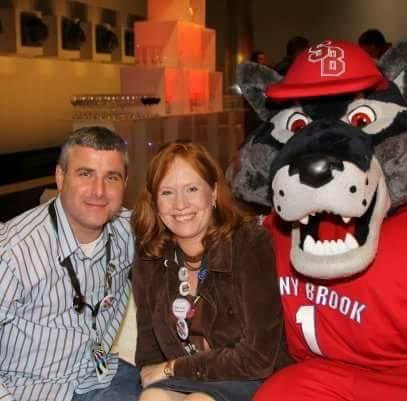 “My husband Dave and I met in the commuter lounge. Almost 30 years later, we both work for SBU in the School of Professional Development and two out of our three sons attend SBU as undergrads. We are truly an SBU family — my mother in law was pregnant with my husband when she took classes there!” 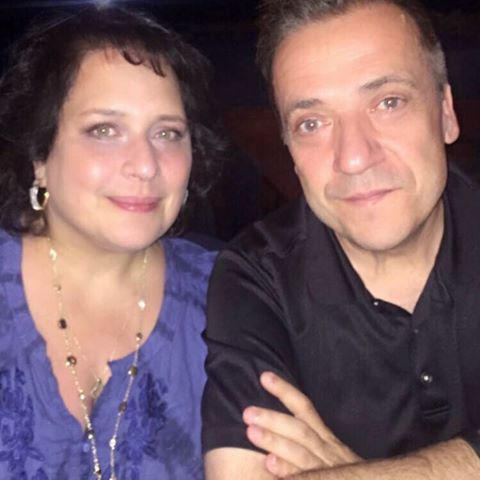 “My husband Joaquin and I met in our sophomore year in 1980 in Toscanini in Tabler quad. I lived on A1 and he lived on A3. I was cooking dinner and had made too much so I went up to A3 to ask my roommate who was visiting a friend, if she wanted to eat with me. She said no but Joaquin (who I didn’t even know at the time) said he was hungry and wanted to eat. I was surprised and embarrassed and told him to come downstairs to eat with me. After dinner, I said I had to leave to go to study in the library. Joaquin said he was planning to go to the library too and asked to join me. He would later admit that he had never been to the library before! So we went to the library together and have been together ever since. We got married in 1985 and have 2 daughters who both attended Stony Brook. Coincidentally, our oldest daughter Angela lived in the very same suite on A3 in Toscanini that her father had lived in 27 years before.”

“I met my wife, Rochelle “Ricki” Nemiroff (’69) early in my sophomore year (1965) when my roommate brought her to a hall party. On the first night back my Junior year we met in one of the dorm lounges and I asked if she would consider going out with me. This June we will celebrate our 49th Wedding Anniversary. (Picture taken when we were back at “The Brook” some years ago.)” 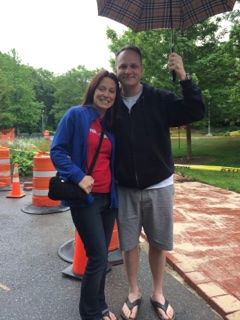 “My husband David and I met through mutual friends, and we both lived in the same dorm (Irving). We dated throughout our years at Stony Brook. We have been married for 12 years, we have two children, Brendan and Grace. Stony Brook has played a huge part in our lives, this is where our story began… We are also very fortunate to have met so many great people at Stony Brook, many of whom were in our wedding party! David and I are very proud to be alumni. The attached photo was on our wedding Anniversary this past June. I surprised Dave with a trip to campus, where I showed him our legacy brick with our names on it!” 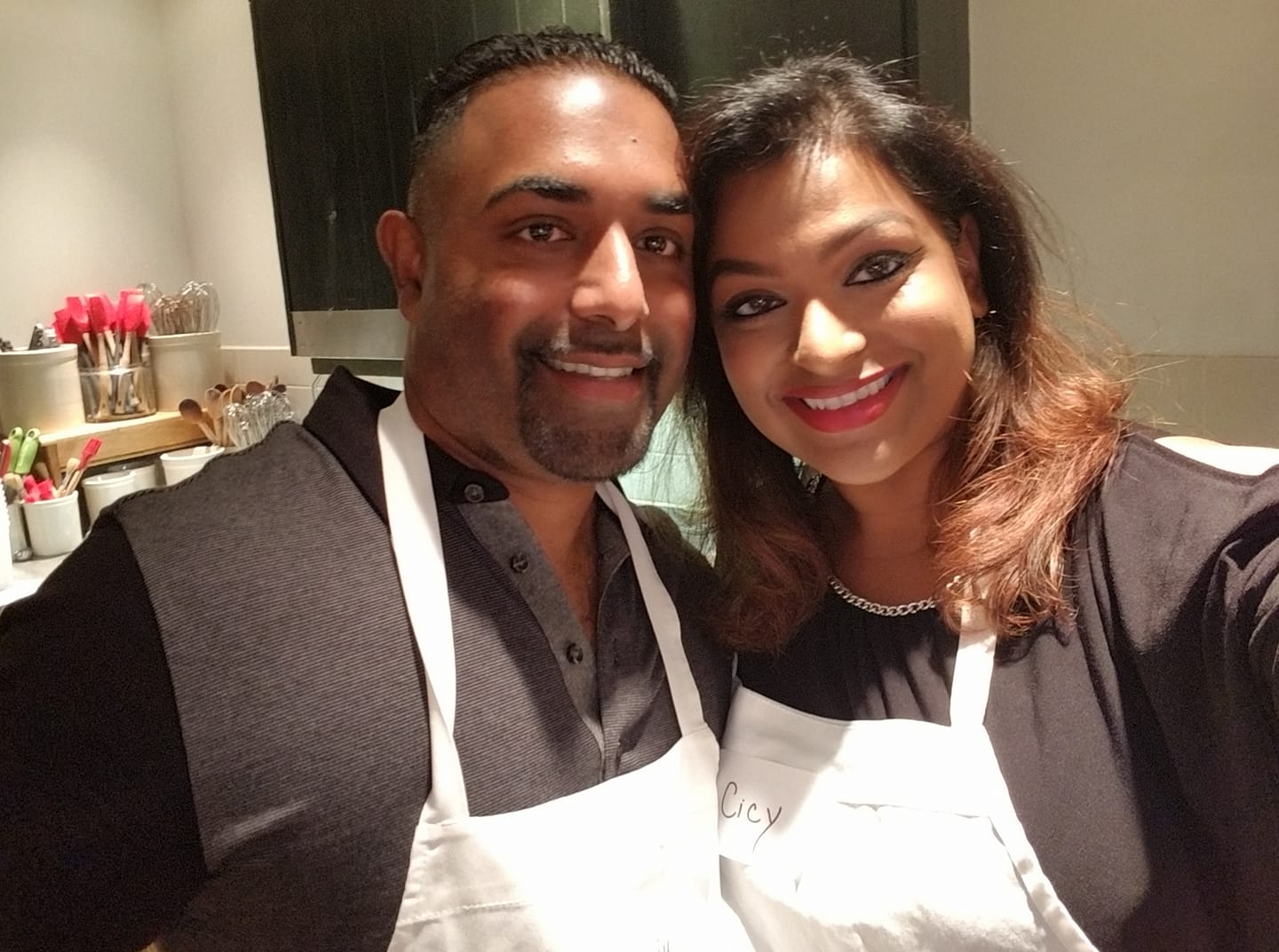 “My husband was the first guy I met on campus when I moved in the summer of 1998 as a freshman. We met during welcome wagon and he spotted me in a sea of other freshman girls at the sports complex! I walked up to him after the welcome wagon event ended and we started out as friends. One year later it was official. We have so many great memories walking all around campus, taking classes together at the Javits Lecture Center, having countless dates at the EOB, going to on and off campus parties. I didn’t know that five years later we would be married, three years later we would welcome our son, three years after that welcome our daughter and still remain together after three homes together and trips around the world. Fifteen years later and growing!”

“Twenty-six years ago, during the spring of 1992, Raul Jimenez moved in to my sister’s boyfriend’s (now, her husband) suite room in Toscanini College at Stony Brook University. I liked him instantly. After a few weeks of him calling me the wrong name (he called me “Judy” instead of Julie — but I didn’t want to correct him because I was just happy he’d say “Hi Judy” when he’d see me), I gathered up the courage to ask him out on a date to a nearby club, Spanky’s. Between all the dancing, a funny but weird story about forgetting to wear deodorant, and a more quiet conversation once we got back to our dorms, we realized we really liked each other. The rest, as they say, is history. 26 years later, he and I are together, happily married for 23 1/2 years. Thank you, Stony Brook University!”

Share your love for Stony Brook with a gift today.