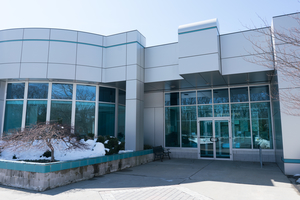 The Long Island High Technology Incubator (LIHTI), located on the Stony Brook University campus, has been a congregation spot for start-up companies, providing office and lab spaces with campus resources in close proximity.

Since the founding of the nonprofit organization in 1992, it has been helping technologically migrate innovative ideas to the private commercial sector. According to its website, the LIHTI has been associated with more than 70 companies, contributing $2.5 billion to the national economy and creating more than 500 jobs.

Thirty-five companies are residing in the LIHTI’s stand-alone building located near Stony Brook Medicine, and a total of 55 companies are spread throughout four facilities: LIHTI, the Center of Excellence Wireless and Information Technology (CEWIT), the Advanced Energy Research and Technology Center (AERTC) and the Business Incubator at Calverton, Incubator Advocate at the Stony Brook University Office of Economic Development Dan Polner said.

Polner said while new research companies that join the incubator might be good at what they do, they don’t necessarily have the experience needed to commercialize their product. The incubation process tries to make that transition for the companies easier.

“The main goal is to bridge the gap from fundamental research and development to commercialization,” Polner said. “That is the fundamental reason for incubation to exist.”

Additional resources on campus like the Small Business Development Center, the Center for Biotechnology and an incubation team whose mission is “incubation instead of landlordship,” come with research-oriented rental spaces, Director of Stony Brook University Incubation Matthew Stadler said.

“We can analyze businesses, and some of us had done this for years, and identify key steps they need to take,” Stadler said. “And then we take resources from campus to meet some of those steps, and if we don’t have resources for them, then we help folks find them outside of the University.”

Stadler said resident companies at the LIHTI include fairly large and mature companies like Biocogent, a cosmetic products provider, and Softheon, a company that builds and manages software that supports health plans and government operations. There are also smaller companies like Mobileware, where the founder, Yun Zhang, and two Stony Brook University graduates develop mobile applications like the train schedule app onTime.

Zhang said he moved to the LIHTI space from his New York City office about two years ago for the space and access to talent. During the process, Zhang said he got more involved with Stony Brook University through teaching and mentoring a computer science advanced project course, where two of his employees were hired from.

“They do have programs, they do have seminars, but it’s really up to the individual company to really seek out for it,” Zhang said. “Being here definitely helps.”

“I am personally disappointed that our programmatic offerings are less comprehensive and systematic than I think they should be,” Ann-Marie Scheidt, the director of economic development at Stony Brook University, said.

She said in the future the organization will put more effort “on more systematically helping companies identify what their business model is and test it.”

Stony Brook University alumnus Wei-Ting Lin, who now works at Mobileware, said he preferred working at a start-up instead of a mid-range company because he gets to accumulate a variety of skills instead of focusing on one facet.

Scheidt said entrepreneurs are driven by a desire to impact the world, not the desire to make money, even though they often do wanna make money.

“If you start an entrepreneurial venture because you think you’re going to make a lot of money, you should have your head examined,” Scheidt said.

Polner said working with start-ups is exciting because of the groundbreaking work that’s being done within the companies residing in the LIHTI, including those that research cancer therapeutics.

“We get to see the future every day we come in to do this work,” Polner said. “The therapeutic drugs that are being developed here won’t be approved for use for 10 or 15 years. We get to see the early stage results of what these people are developing now, every day.”