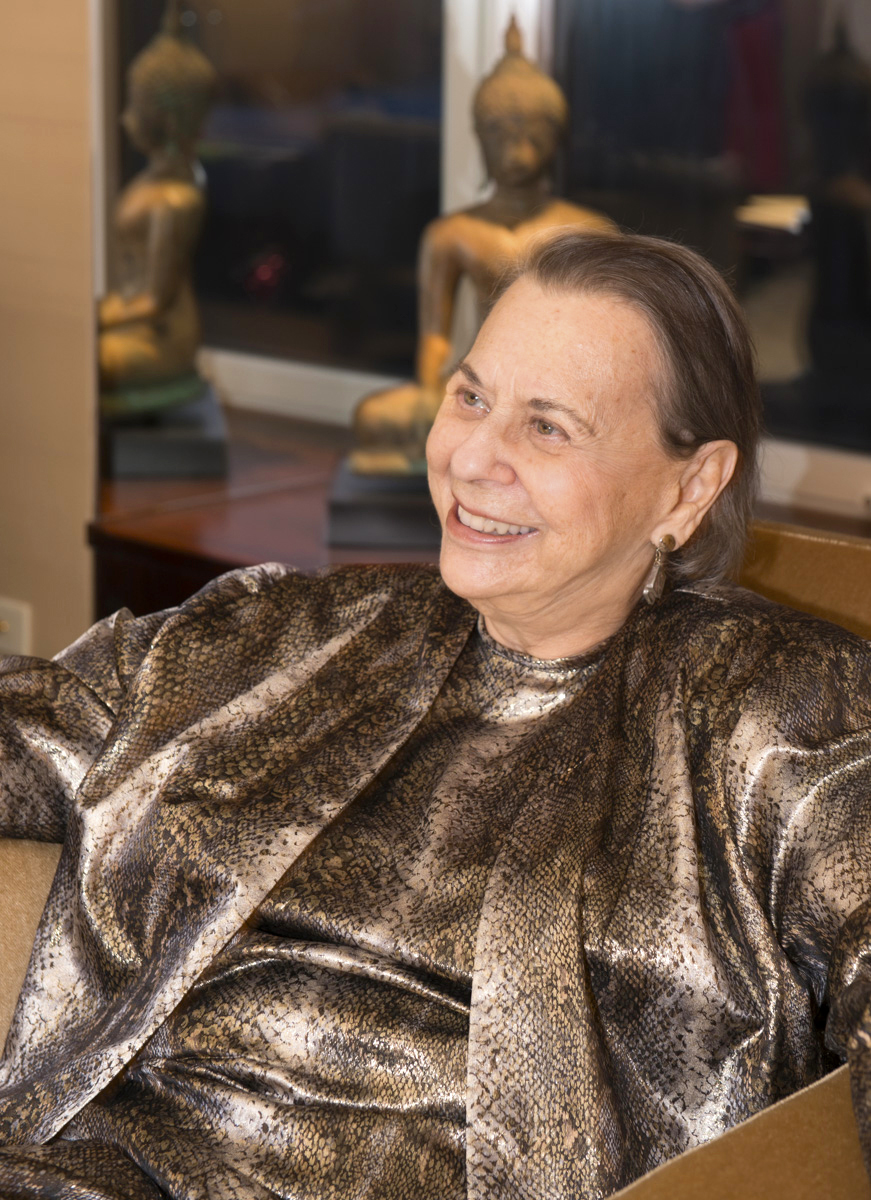 After serving 30 years as a Stony Brook Foundation trustee, Evelyn Berezin is ever more determined that Stony Brook University take its rightful place alongside the country’s top public research universities.

“My hope for Stony Brook is that it continues on its fast trajectory to become one of the top scientific universities in the country,” Berezin said. “If I can, I plan to do more to support its mission.”

Berezin’s confidence in Stony Brook is all the more gratifying considering her storied life and career.

She developed the first office computer. She conceived of and produced the first computer-driven word processor. She created the first computer-controlled system for airline reservations, and she started and ran her own company at a time when a woman CEO in the technical world was unheard of. She holds nine patents and two honorary doctorates and, in 2015, at age 90, was made a Fellow of the Computer History Museum for her accomplishments in computer design and her entrepreneurial spirit.

Clearly, Evelyn Berezin is a woman whose pioneering accomplishments should have made her a household name.

Her story began in New York City where she grew up reading her brother’s Astounding Science sci-fi magazines. A decidedly bright young woman, she graduated from high school at age 15 and attended the all-women’s Hunter College, studying economics because “it was the closest I could get to physics,” she said, until World War II changed the trajectory of her life. “When the war happened, most of the boys were drafted, which left a void in the New York City colleges,” she explained. “They compressed the work the colleges were doing and let students—even women—study what they wanted.”

Berezin was given a scholarship to study physics and chemistry at New York University and mathematics at Brooklyn Polytech, where she was the only woman in an all-boys school. Berezin held an Atomic Energy Commission Fellowship in graduate school at NYU, after which she held several positions in the computer industry, starting in 1951. These allowed her to hone her considerable skills in computer hardware development, but she soon realized that every move was lateral with no possibility of upward mobility. “In those days, women never became the vice presidents and presidents of companies,” she said.

So Berezin started her own company.

Redactron Corporation, a very successful and internationally focused word processor company, was founded in 1969 with Berezin at the helm. The company was eventually sold to Burroughs Corporation.

By 1975, Berezin and her late husband, Israel Wilenitz, had moved to Long Island.

“We found ourselves in close physical proximity to Stony Brook University, an institution originally founded to be one of three science-focused schools in the State University of New York system,” Berezin said, explaining that many of the things that happened in her life were because she was lucky. “We didn’t move to the area because of Stony Brook, and we didn’t really know anything about the university beforehand, but we quickly realized Stony Brook was doing very good work in the sciences and very good research.”

“I saw that Stony Brook was constantly improving itself and was providing an excellent education at an affordable cost—the best goal for a public college,” Berezin continued. “Stony Brook, in my opinion, was beginning to replace City College as the premier science-oriented public university in our area.”

Eventually, Berezin and her husband, who earned a master’s degree in linguistics at Stony Brook in addition to already holding a doctorate in chemical engineering, decided the university was worthy of support. Berezin joined the Stony Brook Foundation board, and she and her husband made philanthropic gifts to support linguistics, the sciences, and students who couldn’t otherwise afford to go to college.

“We are very grateful that Evelyn Berezin has for so many years recognized both the quality and the potential of Stony Brook University,” added Senior Vice President of Advancement Dexter Bailey Jr. “We deeply value not only her leadership and generosity but also her astounding contributions to the computer sciences.”