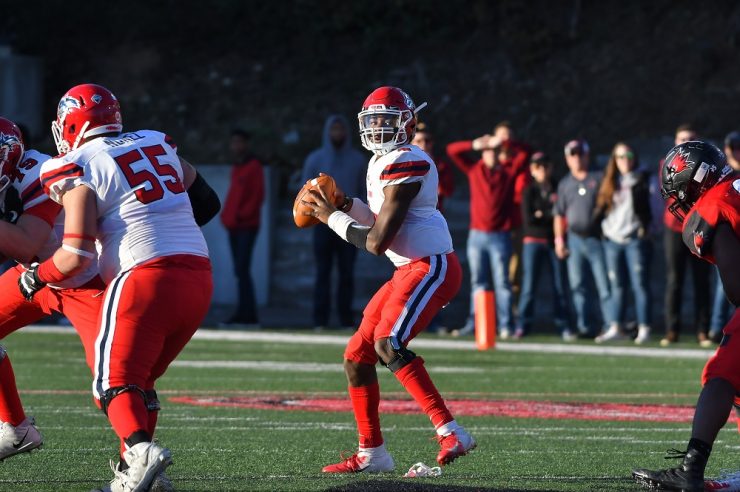 Stony Brook football season is almost here! Get your red on and start the season off right by cheering on your Seawolves in their home opener against Bryant University on Thursday, August 29!

Catch up on what’s new with the team:

After 15 practices and a pair of live scrimmages during the 2019 camp, the battle for Stony Brook’s starting quarterback has been settled. Head football coach Chuck Priore has named junior Tyquell Fields as the Seawolves’ starting quarterback for the season opener next Thursday.

Fields, who edged out fellow junior Jack Cassidy for the role as starter, enters his fourth year as a student-athlete at Stony Brook. After redshirting in 2016, Fields played in six games in 2017 as a redshirt freshman and logged time in eight games last season as a sophomore.

“It feels great. I’ve been waiting for this moment for years now,” Fields said. “I’m just taking all of this in and enjoying the moment. I’ll work hard for this team and lead this team to a championship.” 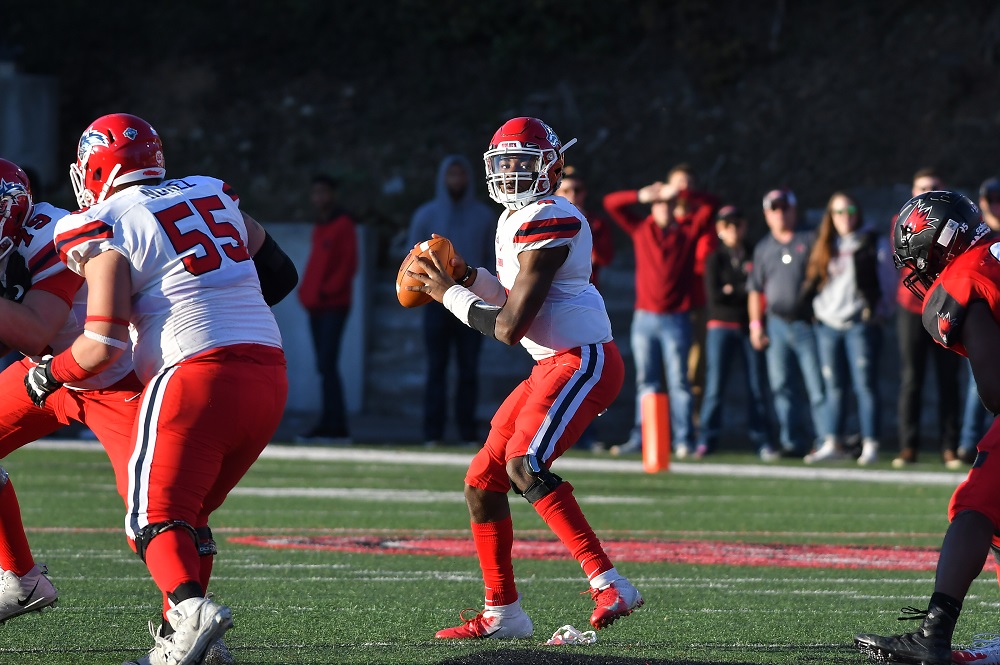 White Leads a Talented Group of Running Backs into 2019

The Stony Brook football team’s 2019 running back corps looks to be a formidable force come August 29.

Senior captain Isaiah White returns to the position he held as a true freshman after spending three seasons on the defensive side of the ball. He took a redshirt last season. During his freshman year, White gained over 100 yards in his first career game against Central Connecticut and also rushed for 82 yards against Towson before having his season cut short due to injury.

Joining White in the backfield is redshirt freshman Ty Son Lawton and sophomore Seba Nekhet . The trio will look to carry the bulk of the rushing duties for coach King, who enters his sixth season a Stony Brook and fifth as the RB coach.

“This is a very talented and very skilled group and we will be in a very good place by the time the season starts,” said running backs coach Omar King.

Since they were eight years old growing up in Yonker, N.Y., Stony Brook football defensive backs Gavin Heslop and TJ Morrison have been playing together on the same football field. This year will be no different, as the pair will lead the Seawolves cornerbacks into the 2019 season.

“The chemistry and history that those two have is infections in the room,” cornerbacks coach Diamond Weaver said. “We really have a brotherhood and it starts with those two guys. They lead by example and it is not just on the field and in the film room, it’s off the field too. I’m really happy with the chemistry we have overall as a unit and it starts with those two guys being in the front and having that relationship and history.”