4 min read
November 06, 2012–Yingtian Pan works at the cutting edge of biological imaging, looking with increasing breadth and depth into cells ranging from bladder cancer to diabetes. Congwu Du, meanwhile, who has also done imaging, has studied the effects of cocaine on the brain.

One night, Du suggested the two Stony Brook scientists, who met when they were undergraduates studying biology in their native China, work together to get a better view of how blood flow changes in the brain after cocaine use.

Strokes, in which brain cells die because they don’t have enough oxygen, are one of the most serious medical risks of cocaine abuse. Getting a closer look at blood flow in the brain might suggest how these strokes develop.

Pan didn’t take too long with his decision. After all, he said he was eager to collaborate with Du, who isn’t just his professional colleague, but is also his wife and the mother of their two children.

Using animal models, Pan and Du employed 3D optical Doppler imaging tomography to look closely at the effect of cocaine on cerebral blood flow. Sure enough, even a single dose of the drug causes the flow to decrease. The scientists observed a disruption in some terminal arterioles and the connecting capillaries.

“When cocaine is administered, it causes constriction,” Pan explained. “The local brain oxygen is reduced.”

Cerebral blood flow decreased by as much as 70 percent within two to three minutes after a dose of cocaine. While the blood flow often returns to normal within three minutes, some flows were shut down and did not come back for at least 45 minutes. The delayed recovery was a new observation, Pan explained.

Another dose of cocaine soon thereafter causes the area with restricted blood to grow like a cloud.

“We see more of this shutting down” of blood flow, Pan commented. “That’s very unhealthy. There’s a long period of time with very low oxygen supply.”

The next step in this research is to look at the effects of longer-term cocaine abuse.

Pan, who has been at Stony Brook since 2002, has applied his imaging skills to a wide range of projects.

He worked on bladder cancer, which, if detected early, can have a good prognosis but becomes much more problematic if it progresses without intervention.

Using optical coherence tomography, which is similar to the Doppler technology he used for the cocaine study, Pan was able to increase the reliability of determining cancer screenings from 75 percent to 94 percent for sensitivity.

While some scientists have called this type of screening optical biopsies (i.e. looking closely at suspected cancers without removing any living tissue and screening it in at pathology lab), Pan is cautious in his use of that term.

“The issue with any new technology is that before it’s been clinically approved and without histological (or cellular) proof, we haven’t reached that stage yet,” he explained.

With these images, however, doctors can be more specific and targeted in their approach to bladder tumors. The next step is to provide computer-aided diagnosis to physicians for more accurate diagnosis in the operating room and for outpatient facilities.

Pan has also worked with wound healing for people with diabetes. By using imaging technology, doctors can monitor every lesion and can understand the exact benefit, or lack thereof, of any potential drug.

At this point, that work was limited to an animal model to track the growth of skin under different bioactive implants.

He has also worked on interstitial cystitis (also called IC, a condition in which people can feel intense pain in their bladder when they urinate) and geriatric incontinence.

Pan said he has found collaborators by building up a network of fellow researchers, many of whom approach him with imaging questions and opportunities.

“We hope we can provide a device to physicians,” he said. “We need to give them some understanding of the technology so they can get a good idea of how to interpret the images.”

Eventually, Pan expects that this technology, which is already widely used in eye clinics, will become similar to ultrasound in its medical usage. While it has high resolution, its image depth is limited depending on the type of tissue.

Right now, the field is very competitive, with scientists around the world looking for better, clearer, and more specific images of biological systems.

“We like competition,” he offered. “It means we have to work hard.” 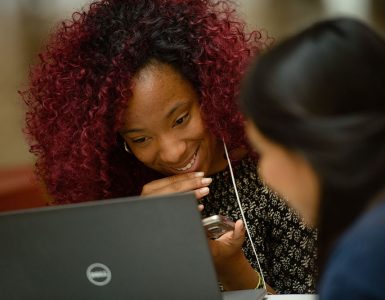 How Alumni and Seniors Can Connect with Sr. Alumni Career Coach, Marie Parziale: Drop-Ins Career Communities and Affinity/Select Program drop-ins will be available at the Career Center virtually via Zoom.  Marie will be... 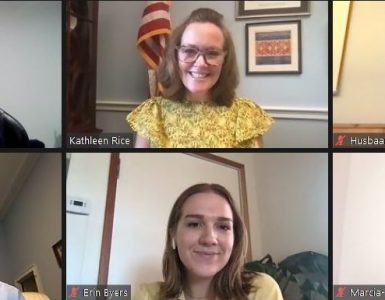 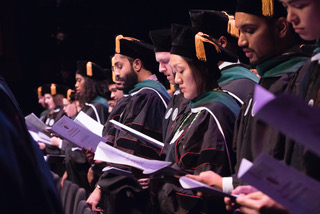 Six donors have given $500,000 toward medical school scholarships in match challenge For many aspiring physicians, medical school is only a dream. The high cost of attending medical school and the resulting debt upon...