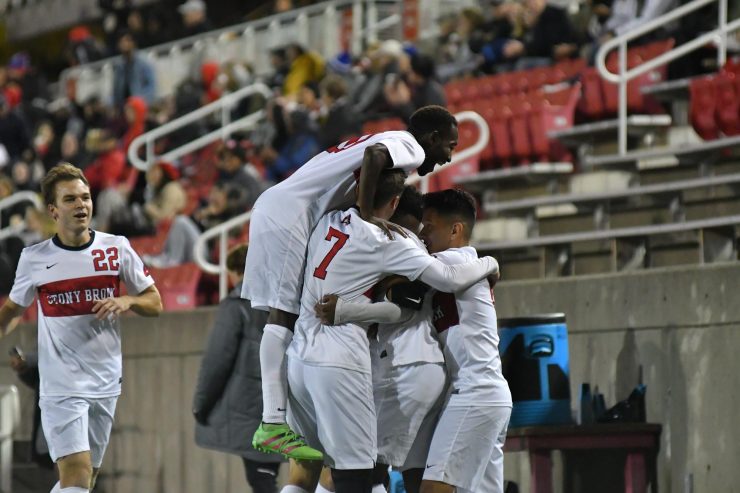 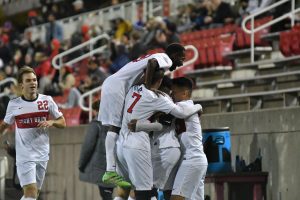 The Stony Brook men’s soccer team (8-5-3, 5-1-1 AE) drew UMBC, 2-2 on Wednesday night from LaValle Stadium. With the result, the Seawolves clinched the America East Regular Season Title and the No. 1 seed in the America East Tournament.

Quoting head coach Ryan Anatol
“We had two really good chances in the first half that we were really close to scoring. They were making it difficult for us to play with how aggressive they were being, but it was forcing them to have a really high line defensively. We knew we would get some opportunities trying to play behind them,” said Anatol.

“It’s been a great year for the university. It shows the commitment the athletic department has put in the soccer programs, putting both programs in a position to be successful. A lot of credit to the players who came out and played hard all year. We’re really excited and happy for them.”

Up Next
The Seawolves will await the winner of #4 Vermont/#5 UMBC, who play on Saturday. Stony Brook will take on the winner on Wednesday, November 7 at 7 pm from LaValle Stadium.