Stony Brook Climbs to Program-Record No. 4 in all National Polls 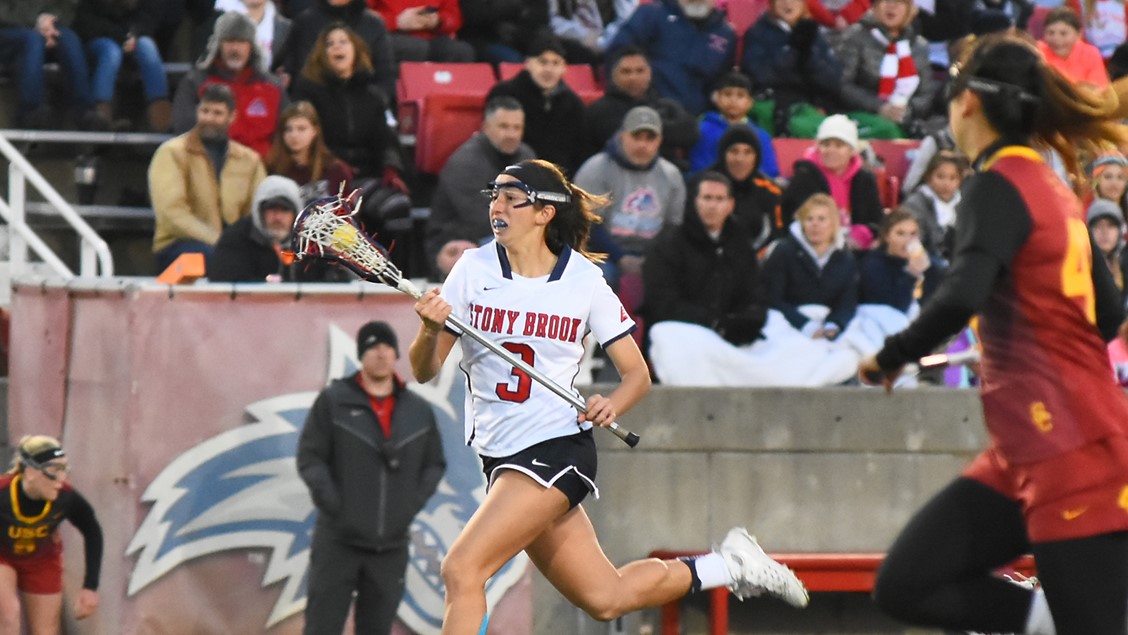 The Stony Brook women’s lacrosse team rose to its highest national rankings in program history Monday April 3, 2017, as the Seawolves rank No. 4 in the IWLCA coaches poll, Cascade/Inside Lacrosse and Nike/US Lacrosse polls.

The Seawolves moved up one spot in the IWLCA poll, two places in the Cascade/Inside Lacrosse rankings and four spots in the Nike/US Lacrosse poll after a 2-0 week that included the highest-ranked opponent defeated in program history – a 10-6 win over previously No. 4/4 Colorado Friday at LaValle Stadium.

The No. 4 ranking is the highest-ever in the IWLCA coaches poll, surpassing last week’s No. 5 ranking. Stony Brook was previously No. 4 in the Inside Lacrosse poll in May 2015 and by US Lacrosse in the 2017 preseason poll.

The Seawolves are led offensively by junior Kylie Ohlmiller (Islip, N.Y.), who paces the nation with 75 points on 40 goals and 35 assists. Her sister, freshman Taryn Ohlmiller (Islip, N.Y.) is second on the team with 29 goals and 44 points. Junior Brooke Gubitosi (East Northport, N.Y.) leads the America East and ranks in the top 10 nationally with 2.67 caused turnovers per game. The Seawolves have four wins over top-20 opponents this season and two over top-10 teams.

No. 4/4 Stony Brook returns to action Saturday April 11, 2017 when the Seawolves host Binghamton at 2 pm.