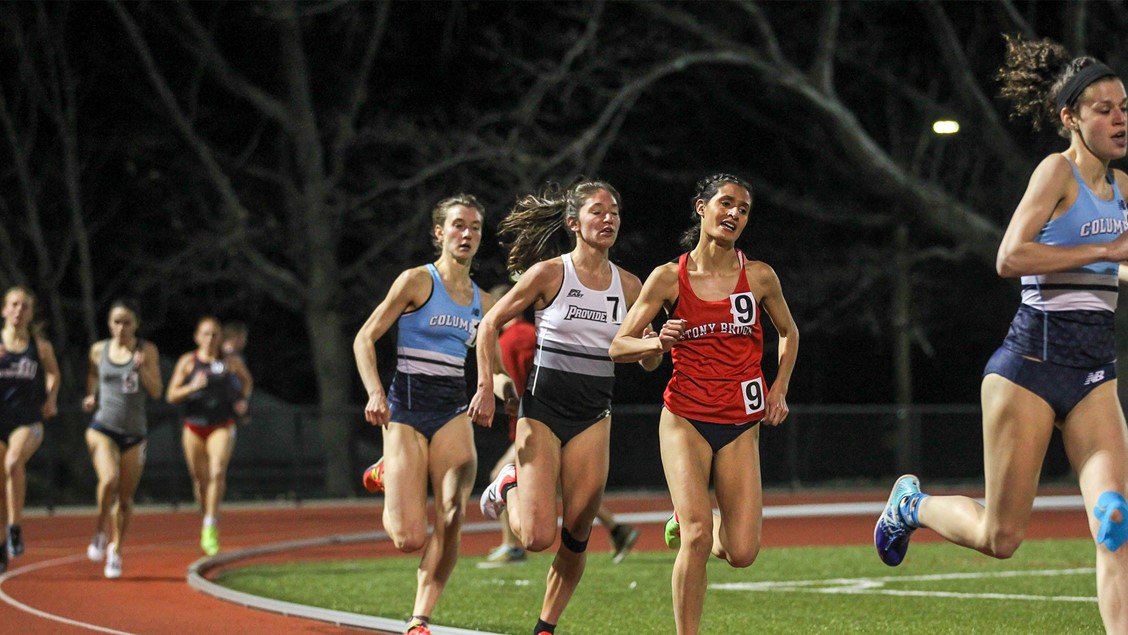 “This was an important few days for some of our athletes, they needed to produce some top- level performances to put themselves in contention for the post season championships,” said head coach Andy Ronan. It was really encouraging to see them respond to the challenge.”

“Cameron ran a tough gutsy race on Thursday night in the 10,000m, just coming up short for the win, but producing a quality time that should get him into the first round of the NCAA’s in Tampa next month. Ally Ortega had the best run of her career in a Seawolf vest in the 5000m and freshman Jayson Hines showed that he is going to play a big part in the future success of the program by his run in the steeplechase,” continued Ronan.

“On Friday and Saturday our women’s 4 x 200m of Emmanuela Lauredent, Chinque Thompson, Amanda Stead and Kyara Thompson broke the school record not once but twice. They broke it in the heats while qualifying for the eastern championship final and then broke it again on Saturday in the final. To produce two quality runs like this was really positive for this group and the program. They showed great commitment and focus in achieving this result,” added Ronan.

“Holly’s run on Saturday was one of determination and quality, her goal was to produce a performance that would guarantee a spot in the first round of the NCAA’s and that’s exactly what she did. I have to say Tiana really impressed me with her run in the 1500m, and I feel good about her chances of making it to Tampa over the next couple of weeks. Both athletes set facility records with their finishing times,” said Ronan.