Stony Brook Battles Back But Falls in Semifinals to Albany 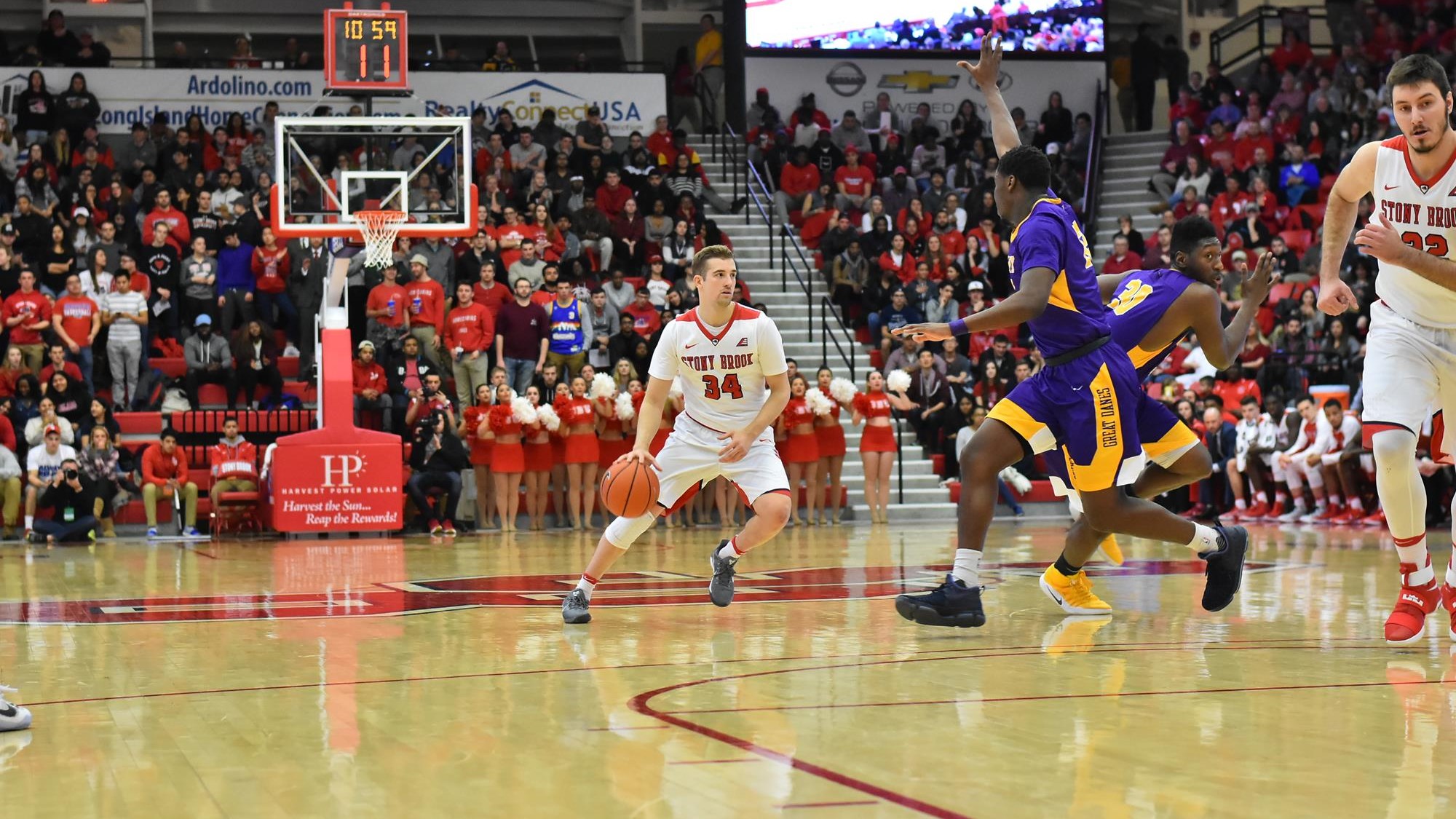 The Stony Brook men’s basketball team battled back throughout the second half, but was unable to advance past Albany, falling 63-56 in the America East Conference semifinals Monday night at Island Federal Credit Union Arena. After a tight first half, Albany pulled away in the second. The Seawolves got back within two on multiple occasions, but could not overcome the Great Danes. Stony Brook sits at 18-13 on the year while Albany moves to 21-12.

Boals’ Reaction
“I’m really proud of our guys’ effort, I thought we really battled and competed like we have all year long,” said head coach Jeff Boals. “We just came up short tonight. I thought we had really good looks, but in a close game like this, every shot, turnover, rebound counts and they made a couple more plays than we did.