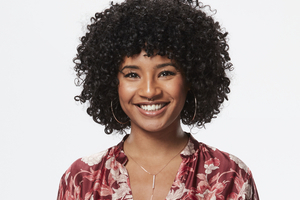 For Kelsea Johnson, the path to success has been all about timing.

In 2014, the Delaware native auditioned for the NBC singing competition, “The Voice,” at an open call audition attended by thousands. The producers liked her performance enough to call her back for another round of auditions, but Johnson had a scheduling conflict.

“I ended up contacting The Voice and telling them ‘hey, I actually got my acceptance letter to Stony Brook,’” Johnson said. “I think I want to get my degree first and then do music later.”

Three years later, Johnson did just that. She graduated from Stony Brook with a double major in psychology and sociology in May and, over the summer, found herself once again auditioning for “The Voice.” On March 20, she advanced to show’s third televised round.

“I was like ‘you know what Kelsea, maybe you should actually take things seriously for once,’” Johnson said. “This is what I’m going to use this year for and hopefully it turns into a lifetime instead of just a gap year.”

For the show’s season debut in February, the 22-year-old sang the Meghan Trainor and John Legend hit, “Like I’m Gonna Lose You,” turning the heads – and chairs – of the show’s coaches. On “The Voice,” the panel of coaches face away from the stage as they listen to the performances of prospective contestants. Then, if they want to recruit the singer to their team, they hit a big red button to turn their big red thrones around.

Johnson chose singer Alicia Keys over Maroon 5 frontman Adam Levine and singer Kelly Clarkson. Keys praised Johnson throughout the process and, on Tuesday, chose her over Jordyn Simone, another Team Keys singer, after a sing-off.

“Kelsea has something really, really special,” Keys said. “Her voice has a warmth, a gravel. I had to go with Kelsea.”

Johnson had similar praise for her chosen coach.

“The person she puts out to the world, the person you see on TV and Instagram and everywhere is who she really is,” Johnson said. “[Keys] is such a great person and I can tell that she’s really passionate about this. This isn’t just another thing for her to do. She actually cares about her artists.”

Johnson always sang, but her experiences before singing on national television were limited to the occasional YouTube cover, family wedding or Caribbean Student Organization event on campus. Recording “Like I’m Gonna Lose You” after her televised audition exposed her to a professional studio environment for the first time.

“It was really overwhelming because we recorded at Jim Henson [recording studios] and that’s an iconic studio,” Johnson said. “Like Michael Jackson, Justin Bieber, these huge people have recorded there… It was just really amazing for that to be my first experience.”

Despite her limited professional experience, “The Voice” was not Johnson’s first singing competition. She competed in Stony Brook Idol in her final semester. While she did not end up winning, the video of her performance on the Stony Brook Idol Facebook page was the most viewed out of any performance, according to William Taylor, the Stony Brook Idol program coordinator and the residence hall director for Douglass College.

“On average our videos were [viewed by] about a hundred, couple hundred people,” Taylor said. “But her video, when we posted it on Facebook, got about 1,600 views.”

Johnson’s friends long knew how talented a singer she was. Kian McKoy, a senior journalism major who served on the CSO e-board with Johnson last year, constantly promotes her friend on social media.

“She just always sang,” McKoy said. “She would sing at Bob Marley night. She was in her room, she sang. She sang on Snapchat.”

It was Johnson’s singing on Snapchat that got her the attention of “The Voice” producers last year. The show held a mini-competition on its official Snapchat at the beginning of 2017 and Johnson entered.

“I just sent a little random clip of me singing,” Johnson said. “And then they got back to me, telling me ‘yeah, send some more. We like what you’re doing.’”

Ultimately, the coaches passed over Johnson, but producers reached out again over the summer asking her to audition for the TV show version. She spent the next few months making her way through callbacks until she was chosen to perform for the show’s blind auditions round.

The performance shown in the season’s first episode filmed in October, leaving Johnson in the frustrating position of keeping her appearance a secret for five months.

“It was horrible,” Johnson said. “You have this great news, you want to tell people, and it was even harder because I just graduated in May and people know that I moved to California… but they’re not seeing any results.”

When she could finally tell the people in her life, it was a “huge relief,” Johnson said. She received tremendous support from her friends, family and the Stony Brook community.

“My Seawolves are there for me,” Johnson said. “They’re posting me and reposting and downloading the song.”

Johnson faces a long path to the finale, but no matter how it ends, she embraces the opportunity and is thrilled her “gap year” has been as successful as it has.

“I felt like everything I’ve been going through has been all about timing,” Johnson said. “I just got my degree. I do have a year to spare. If not now, when would I do it?”