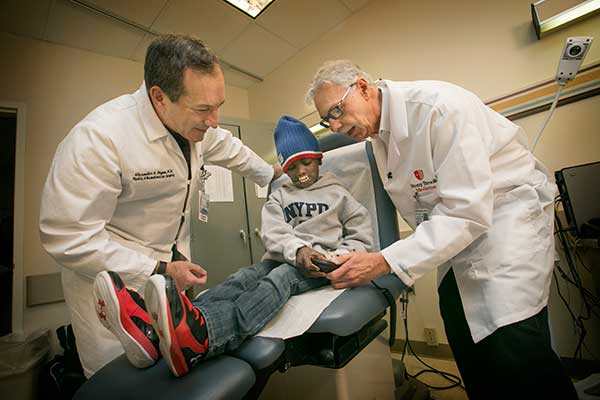 January 11, 2016 – A Congolese boy who was left severely disfigured after being attacked by a group of chimpanzees near his village in the Democratic Republic of Congo will undergo a rare facial reconstruction surgery at Stony Brook Children’s Hospital.

Dr. Dagum plans to surgically restore Dunia’s lips, taking skin from the forearm with a blood vessel and sensory nerve, and bringing it up to his face to give him new tissue for his lips. “A number of surgeries have rebuilt an upper or a lower lip,” Dr. Dagum told CNN.com, “and that’s easier because you borrow tissue from one lip to rebuild the other. Here we have nothing to borrow from. There’s maybe one or two reports in the world of both lips being reconstructed.”