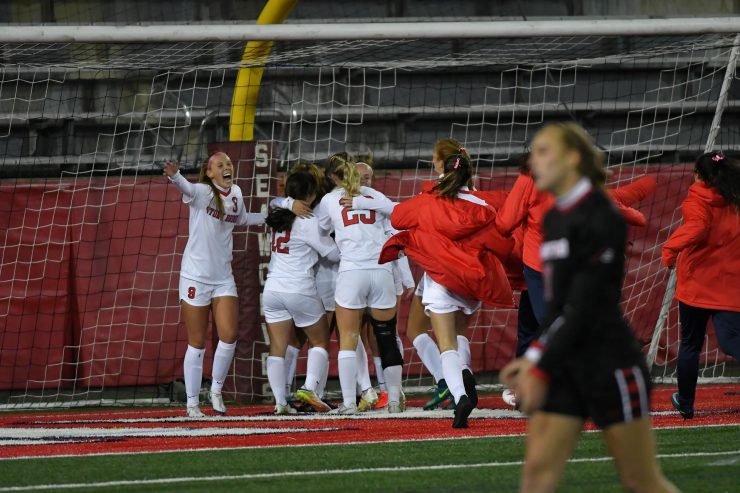 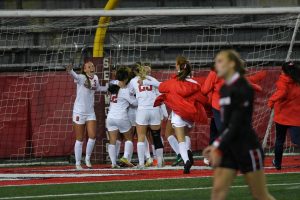 Six players from the Stony Brook women’s soccer team along with the entire coaching staff earned All-Conference honors following the conclusion of the 2018 regular season. The awards were announced by the league office on Wednesday afternoon.

Leading the way were Julie Johnstonbaugh (Neshanic Station, NJ) and sophomore Sofia Manner (Helsinki, Finland), who were both named to the America East First Team.

Manner, who was also named America East Goalkeeper of the Year, played the majority of minutes in net for the Seawolves.  The 2017 America East Rookie of the Year finished the regular season with a conference-best .794 save percentage, while also leading the America East with seven shutouts. She allowed just two goals in the final six games of the season, all of which were conference matchups.

This is the third straight season that Loughren has been named to the All-Conference Second Team. The senior defender started all 18 games for the second consecutive season, dishing out two assists while leading a defensive front that allowed just 20 goals this season.

Chavkin, a midfielder, scored once and assisted on five goals this year while logging the second-most minutes on the team behind Manner. Chavkin’s goal, which was the second of her career, came in the Seawolves’ 4-0 victory over Vermont on September 30.

Freshman Tatum Kauka (Wahiawa, HI) was named to the America East All-Rookie Team. The forward scored twice and had an assist in her debut campaign. She picked up the first point of her career when she assisted on the Seawolves’ opening goal in their 2-1 victory over Oregon State on August 19. Kauka scored her first career goal on September 9 in a 4-0 win over Wagner.