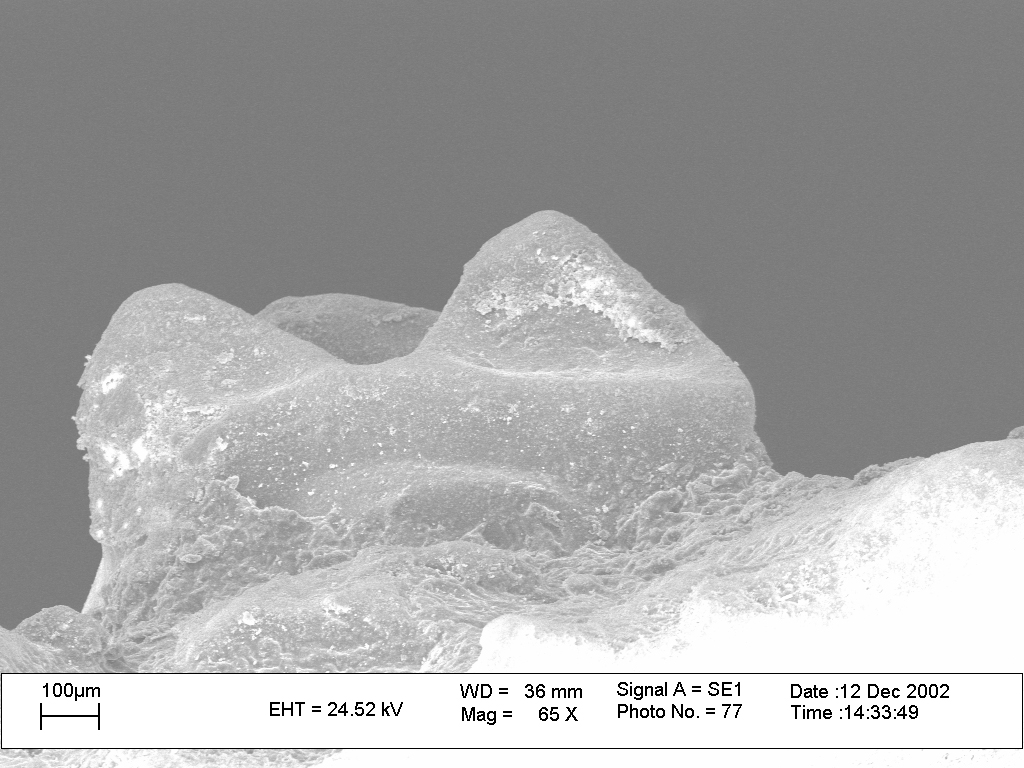 November 11, 2015 – A Stony Brook University-led team of evolutionary biologists has discovered that the oldest known nectar-drinking bat fossil, Palynephyllum antimaster, was probably omnivorous. They determined this by analyzing only a single molar of the fossil, which helped estimate the bat’s skull length and infer its eating habits. Their findings are published in the Royal Society’s journal Biology Letters.

Many fossil species can be described based only on their teeth, and this limits scientific knowledge of the functional ecology of the organism. The researchers successfully developed a skull model of the oldest plant-visiting bat fossil using only a single molar. Based on this model, they were able to estimate skull length, which relates to key biological traits, including bite force, and body size. In the paper, titled “Bayesian hierarchical models suggest oldest known plant-visiting bat was omnivorous,” the authors explain that the estimated length of the skull, together with a database of bat diets, helped them infer the diet of the fossil. The study is the first to corroborate with fossil data that highly specialized nectarivory in bats requires an omnivorous transition.

Palynephyllum is represented by two molars from the Miocene of La Venta, Colombia. The molars are narrow, and their cusps are reduced and flattened, as they are in nectar-drinking relatives of the fossil that are alive today. La Venta is home to the most diverse vertebrate fossil fauna of its time. Twelve million years ago, this area of South America was booming with biodiversity, including several insectivorous bats and Palynephyllum. Feeding exclusively on nectar, which is basically sugar water, is very physiologically demanding and requires special metabolic adaptations.

“A longstanding hypothesis holds that species shift to nectar feeding gradually, by first eating a mix of insects and nectar, but this has not been tested with fossils,” said Liliana Dávalos, Professor in the Department of Ecology and Evolution at Stony Brook University and corresponding investigator. “Our analyses show that Palynephyllum could not have fed exclusively on nectar, and it likely supplemented its diet with protein-rich insects, which supports this hypothesis.”

She added that “these estimates of the paleodiet of this important fossil demonstrate the omnivorous niche has persisted for at least 12 million years.”

“We came up with a way to visualize what this animal looked like based on rigorous statistical methods,” said Laurel Yohe, PhD candidate in Stony Brook’s Department of Ecology & Evolution, and lead author. “In biology, there are different levels at which we find variation, and it is important to keep track of them. There is measurement variation, variation among species and individuals, and the samples cannot be assumed to be independent because the organisms are related to one another through common descent. Our models and estimations account for all of that,” Yohe explains.

Co-authors of the paper include: Paul Velazco and Nancy Simmons of the American Museum of Natural History, Division of Vertebrate Zoology; Danny Rojas, University of Aveiro, Department of Biology and Centre for Environmental and Marine Studies; and Beth Gerstner, a Stony Brook graduate now at City College of New York, Department of Biology.

The research was funded in part by the National Science Foundation and the FCT of Portugal.