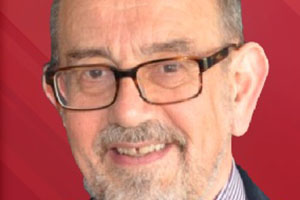 Nigel Hitchin, a member of the Board of Trustees at Stony Brook University’s Simons Center for Geometry and Physics, won the 2016 Shaw Prize in Mathematical Sciences “for his far reaching contributions to geometry, representation theory and theoretical physics. The fundamental and elegant concepts and techniques that he has introduced have had wide impact and are of lasting importance.”

Hitchin is Savilian Professor of Geometry at the University of Oxford.

The Shaw Prize, which includes a monetary award of $1.2 million, is widely regarded as the Asian Nobel Prize. It is awarded annually to individuals who have achieved significant breakthrough in academic and scientific research or applications, and whose work has resulted in a positive and profound impact on mankind. It honors scientists working in the fields of astronomy, life sciences and medicine, and mathematical sciences. The Shaw Prize was established in 2002 by Mr. Run Run Shaw.

The presentation ceremony will be held September 27, 2016, in Hong Kong.