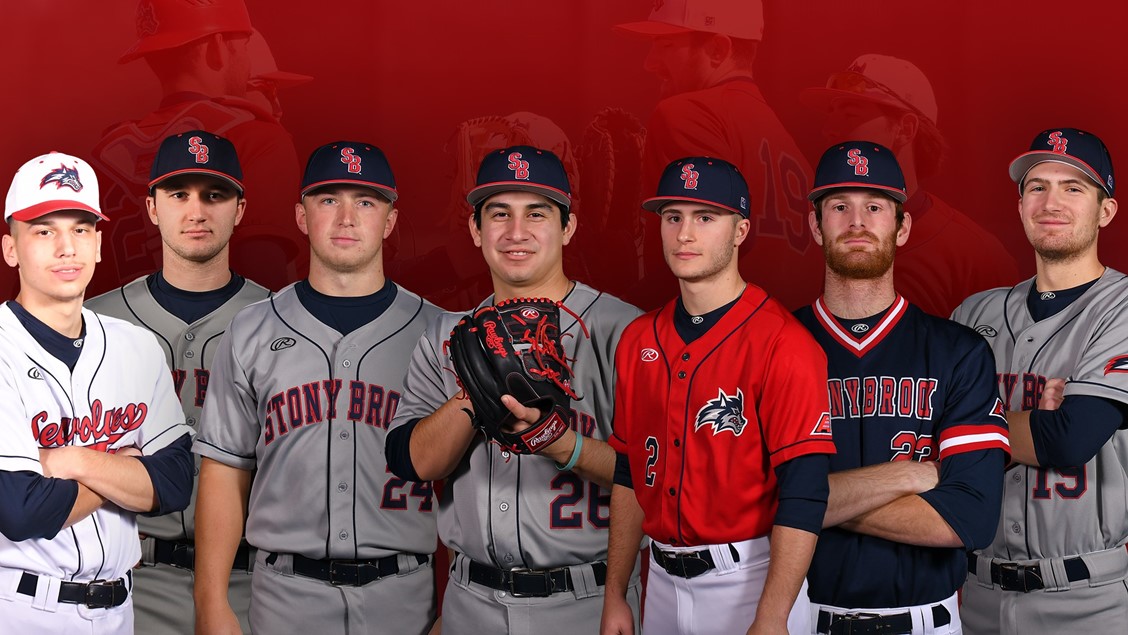 honors, it was announced as the pre-championship banquet held at the Wells Conference Center on the University of Maine’s campus of Tuesday evening.

The first team, second team and all-rookie honors are selected by the league’s seven head coaches.

Honeyman, who finished the regular season with a .344 batting average with 66 hits, a conference-best six triples and 33 RBI, was Stony Brook’s lone unanimous selection on the first team.

Grande enters the postseason with a team-best .386 batting average with a league-best 73 hits and 56 runs scored. He also leads the Seawolves with six home runs to go with 27 RBI and sits eighth in the NCAA with 30 stolen bases.

Marino posted six victories overall during the regular season, the second most in the conference, and went 4-0 in league play. His ERA of 5.02 was second best on the team among starting pitchers.

Pinto recorded a school-record and league-best 11 saves during the season, including five in conference play. His 1.18 ERA is tops on the team as well.

Gazzola finished the regular season with a .303 overall batting average with 37 hits and 19 RBI. 24 of his hits came in conference games, while Herrmann have five wins overall on the mound and posted a team-best 3.98 ERA in conference games with a pair of wins.

Tuccillo hit .298 in 29 starts at catcher and DH during his freshman season.

Grande, who has a 4.0 cumulative GPA after two years of school, was voted to the America East’s All-Academic Team.

The Seawolves open the America East Conference Championship on Wednesday at 11 a.m. against host Maine at Mahaney Diamond.