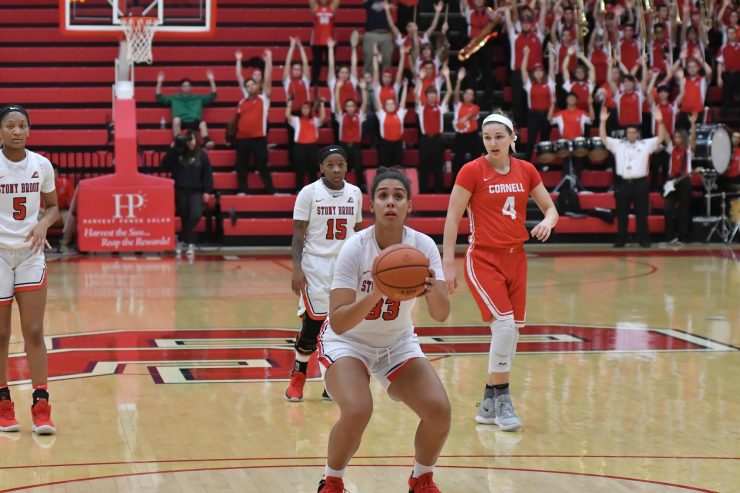 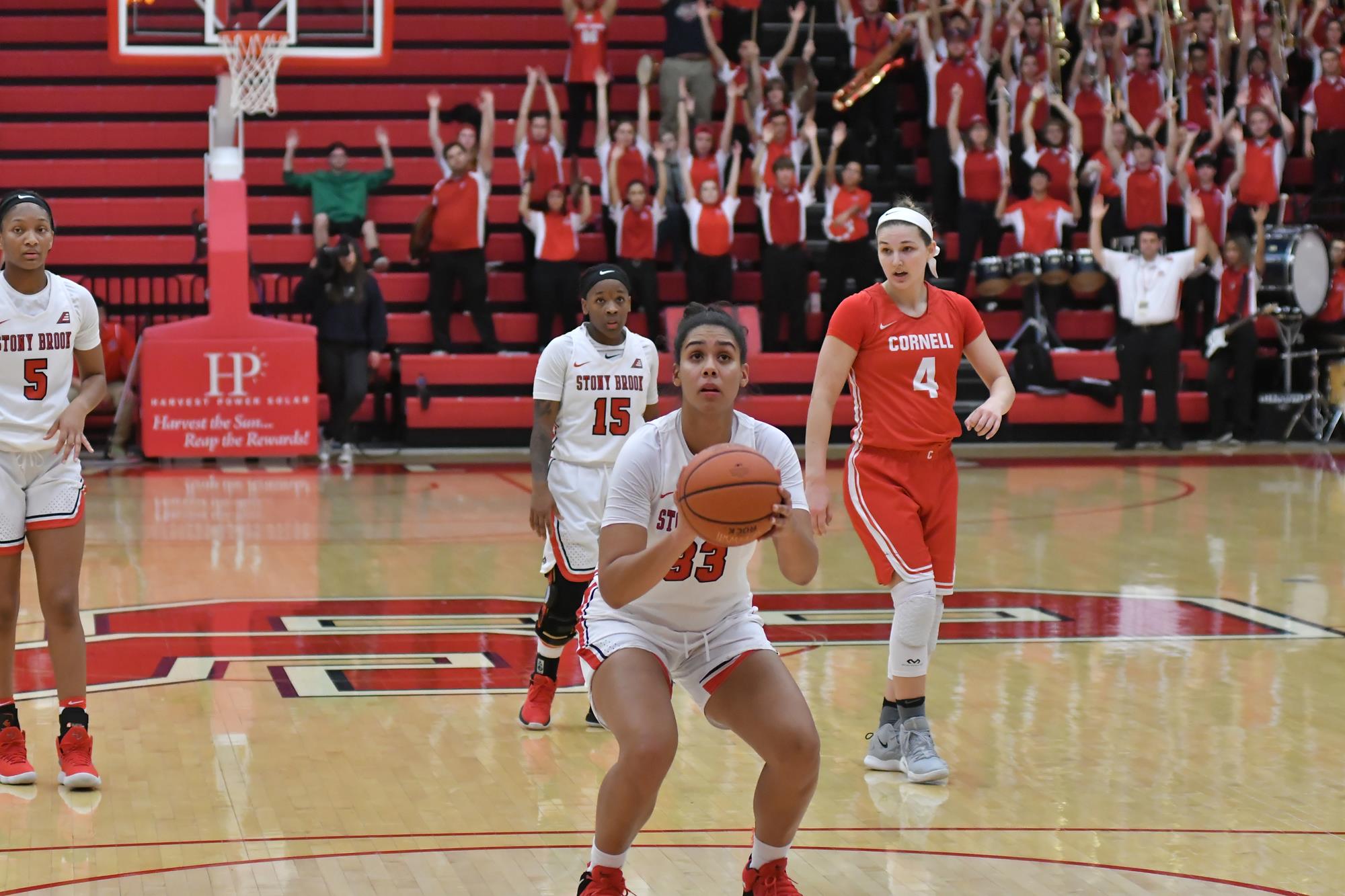 The Stony Brook women’s basketball team traveled to Sacred Heart and broke some hearts as it fended off a furious second-quarter rally from the Pioneers and came away with a 73-58 win at the Pitt Center on Tuesday night.

“I thought tonight was a well fought road win for us. We stuck together during Sacred Heart’s run in the second quarter and came out with more intensity and focus in the second half. I’m proud of our group because it was again a total team effort.”