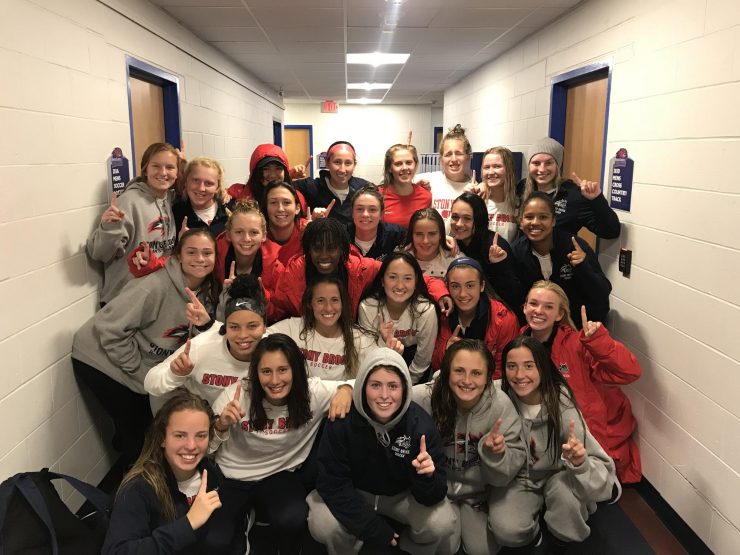 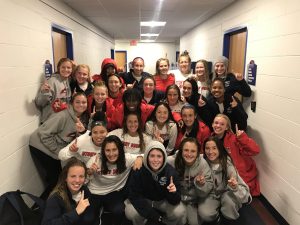 The Stony Brook women’s soccer team clinched the America East Regular Season title and the No. 1 seed in the conference tournament with a 1-0 overtime win over UMass Lowell on October 21 from Cushing Field.
Senior Julie Johnstonbaugh (Neshanic Station, NJ) scored the game-winning goal in the 95th minute when she beat UMass Lowell keeper Julia Schneider in a one-on-one. It was her second-consecutive game-winning goal.

Faherty’s Reaction
“Today was a really good game between two teams that were trying to get the ball down and play. UMass-Lowell have some very creative players on the ball and they made our team work hard defensively for 90+ minutes,” said Faherty. “I couldn’t be happier for our group with the result today. We had an emotional win on Thursday, but were able to play at a high level again to get a great result on the road.”

“Winning a regular season conference championship has been a three-year process for this program, and I couldn’t be more excited for this team. We are going to enjoy this historic moment as a group for a couple days and then we will turn our attention to preparing for the America East tournament. I also want to give a special thanks to our administration, the assistant coaches, our support staff, alumnae, family, and friends. They have helped us take this program to new heights and are an important part of our success.”

Up Next
The Seawolves will host the semifinal game of the America East tournament on Sunday, October 28 at 12 pm against the winner of UMass Lowell/Vermont.