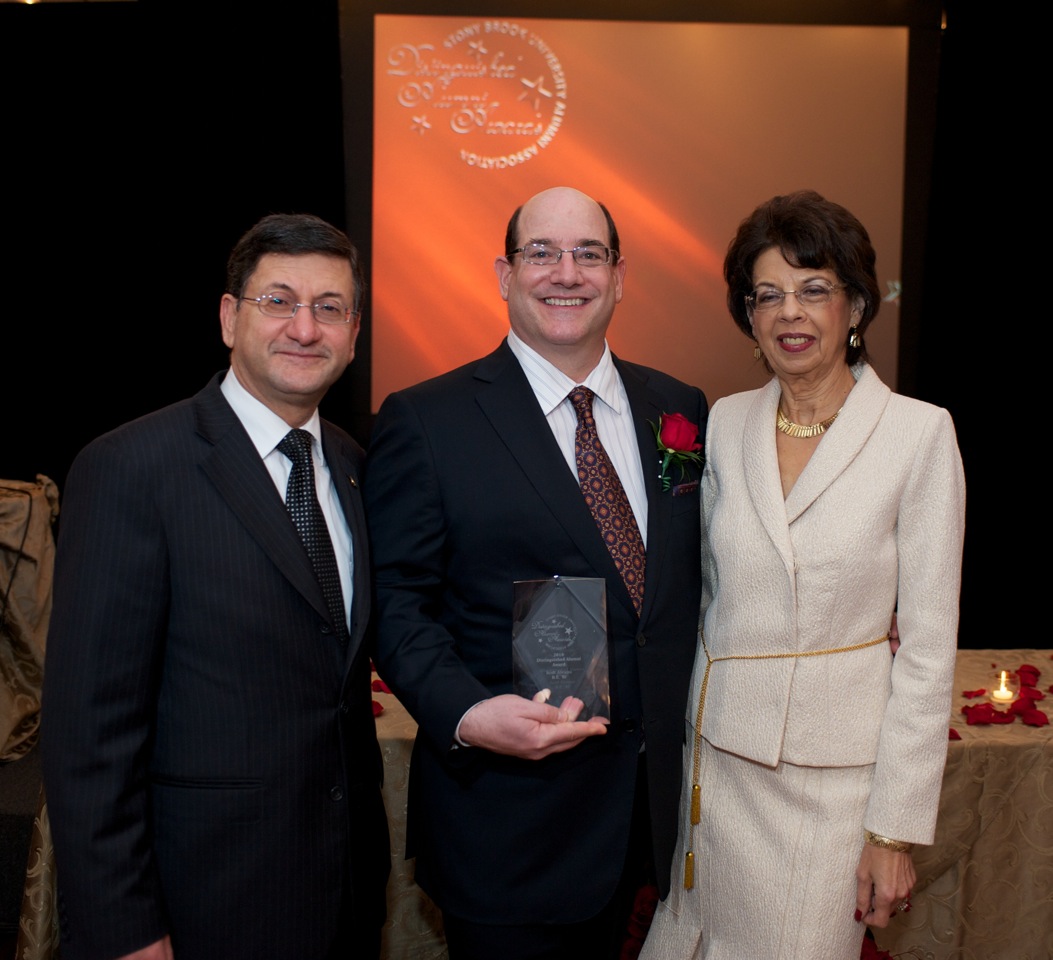 Scott Abrams (B.E.  ’80), Founder and President of The Omnicon Group

Scott Abrams was born in Bronx, New York, in 1958 and attended P.S. 105 through sixth grade when his family moved to New City in Rockland County. Upon graduating from Clarkstown High School North in 1976, he attended Rockland Community College where he received a two-year engineering degree. He went to community college primarily to give his rock and roll band, Sahara, more time to make it big. They didn’t! So then Abrams went to Stony Brook University to obtain a complete engineering degree, and in 1980, he received his B.E. in Electrical Engineering.

During his senior year, and upon graduating, Abrams worked at Hazeltine Corporation in Greenlawn, New York, as a reliability and maintainability engineer on airborne electronic identification systems. After two years, he started working for United Technologies Norden Systems in Melville, New York,  as a senior reliability and safety engineer on anti-submarine warfare systems. Abrams was the youngest senior engineer at Norden Systems.

In 1984, he founded The Omnicon Group Inc. in Hauppauge, New York, which has become one of the nation’s leading engineering firms specializing in software, systems, reliability, safety, and test engineering. For more than 25 years, Abrams, as Omnicon’s president, has helped companies improve their products by performing reliability analyses, reliability improvement studies, and fault analyses. He has personally improved the reliability of systems and equipment used by the military and space, medical device, information technology, communications, transportation, and advanced commercial electronics industries.

Dubbed “Mr. Reliability” by Long Island Business News and “The Gizmo Doctor” by The New York Times, Abrams’ most proud citation is the “Reliability Engineer of the Year” award he received in 2001 from his peers at the Institute of Electrical and Electronic Engineers Reliability Society. In fact, he was elected to the Society’s Administrative Committee in 2002, then reelected in 2005. In 2007, Abrams was elected to the Society’s Executive Committee as vice president of membership, and was appointed as their representative to the Committee on Transportation and Aerospace Policy.

Though his company has grown considerably, Abrams always maintains a hands-on philosophy regarding the business. Over the years, customers, the government, and the media have cited him and The Omnicon Group for their accomplishments and have validated their leadership position in engineering.

In 1998, the Federal Aviation Administration selected The Omnicon Group to train their safety certification engineers.

In 2002, The Omnicon Group was ranked number 149 out of 500 Best Performing Companies and was named one of Long Island’s fastest growing technology companies by Deloitte & Touche, sponsor of the “Long Island Technology Fast 50” program for a third year in a row.

In 2007, the Long Island Coalition recognized The Omnicon Group on its Workforce Builders Honor Role for a second straight year.

Today, The Omnicon Group has more engineers named Reliability Engineer of the Year than any other company in the world.

Throughout the years, Abrams has remained committed to the field of engineering as well as to Stony Brook University. While vice president of membership for the Reliability Society, he organized a successful student and industry outreach at the University with the help of the College of Engineering and Applied Sciences (CEAS).

Abrams has long believed that the future of the engineering profession sits squarely on the shoulders of today’s youth, both male and female. With that guiding precept, he has thrown his full support, time, and energy into encouraging young people to enter the engineering field. At the CEAS, Abrams has created many full-tuition scholarships for engineering students and sponsored several student interns at his company.

Abrams continues to play bass guitar and jam with friends. He lives in Laurel Hollow, New York, with his wife Lori of almost 25 years, two sons, Hunter and Morgan, and two dogs, Thor and Katanna.