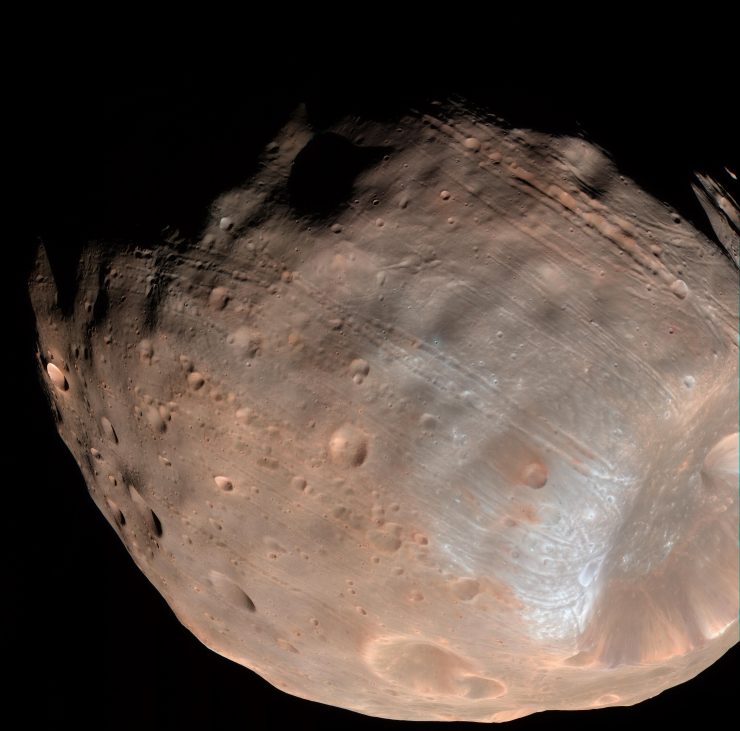 Researchers from the Department of Geosciences published a study in September with evidence that suggests Mars’ moons may have been created by a large impact on the planet after rocks were captured by it.

“The study is significant because our results suggest that Phobos, one of the moons of Mars, was formed as the result of a giant impact, much like one of the leading theories of our own Moon’s formation, and was not an asteroid captured by Mars; gravity as has been the common theory,” Stony Brook graduate student Alex Cling wrote in an email. Cling was responsible for the preparations of some of the samples used in the study and collecting some of the data.

The study analyzed where the Martian moons Phobos and Deimos came from. Results suggest they are captured asteroids that originated from an area near Mars.

“My study was trying to use a different type of data to take another look and compare Phobos to meteorites that we think are similar to asteroids, and what it showed is that Phobos doesn’t look like asteroids. We think it might be a piece of the Martian crust,” said Timothy Glotch, Associate Professor in the Department of Geosciences and the study’s principal investigator. “One idea is that certain waves of light look similar to asteroids in the main belt of the solar system. They’re also chunks of Mars after it was hit, then Phobos and Deimos were what was left from that material that was ejected from Mars as a result of this large impact.”

The study was performed at the Stony Brook Vibrational Spectroscopy Lab’s Center for Planetary Exploration. Both Cling and McDougall used the Planetary and Asteroid Regolith Spectroscopy Environment Chamber (PARSEC), which illuminates rock samples under cold, airless conditions so that they can measure the samples’ spectral “fingerprint” in thermal infrared radiation.

“We used contained crushed basalt, an igneous rock type found on the surface of Mars, Nontronite, a clay mineral also found on Mars, and a crushed piece of Tagish Lake, a meteorite containing the purest, oldest material in the solar system,” McDougall explained. “We compared this to the spectral fingerprint of Phobos from the Thermal Emission Spectrometer (TES), an instrument that orbited Mars on the Mars Global Surveyor probe.”

McDougall said that measuring materials as dark as Phobos was difficult since Phobos is only 1 percent more reflective than a perfectly dark surface. “To make the samples that dark, we mixed in very fine carbon powder, 90 nanometer-sized particles derived from the ash left over after burning acetylene. Because we measured the samples using a thermal infrared spectrometer, the samples had to be heated so that they would emit infrared radiation,” he said.

“While our study cannot definitively say that Phobos was formed by a giant impact, it is still a step in that direction and has helped lay more of the groundwork for future studies into this,” Cling said.