SBU graduate student will run for Miss NY in 2019 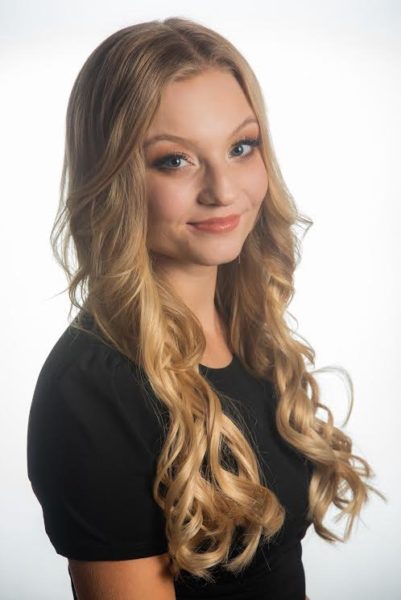 While most students wind up scrambling for internships or joining various clubs to boost their resumes, graduate student Holly Leffhalm has got a showstopper: she’s competing in Miss New York USA.

For Leffhalm, pageants are about a lot more than physical beauty — they’re a platform to present a message. She wants children to stay motivated throughout their hardships and stay in school, and hopes to inspire them to do so through her pageantry, because she knows firsthand how difficult one’s circumstances can be.

“A month after my 17th birthday, I became a homeless youth of New York State. I had to put myself through my senior year of high school, as well as attempting to apply to colleges in hopes of continuing my education,” she said.

Leffhalm recognizes the platform she has been given competing in Miss New York, and wants to take advantage of that in a positive way by sharing her story.

Leffhalm moved 16 times, changed school districts three times and had to help raise her three younger siblings, all while going through the normal everyday stresses of a high schooler.

“It would have been easier to give up and not graduate, not continue my education or possibly become an addict or a teen mother,” Leffhalm said. “I knew my only way to a healthier and better life was to stay in school and work as hard as I could to have some sort of successful future.”

She began competing in pageants as a child, when her mother entered her in local competitions. Leffhalm met people from all over the map and has made lifelong friends. She continued competing through high school, eventually going on to win the title of Miss National All American in 2015.

Leffhalm transferred to Stony Brook as a junior and graduated in 2016 with a bachelor’s degree in sociology. She’s currently completing her masters at the School of Social Welfare.

Emily Pulver, a junior human evolutionary biology major, knows Leffhalm through the equestrian team and thinks she’s a perfect candidate to inspire others in the Miss New York pageant. Pulver recounted an instance when Leffhalm volunteered to judge a local pageant and said that Leffalm’s passion for helping others really shone through.

“As long as I have known her, she has always given her all to helping her teammates and friends through any challenge,” Pulver said.

Leffhalm’s compassion extends to her fellow competitors as well, as she readily admits the shortcomings of the pageant industry. When Miss America announced earlier this year that it was getting rid of the swimsuit portion of their competition, many rejoiced. However, as an insider, Leffhalm knows that this decision was to win the public’s favor more than anything else.

“What they don’t tell you is that there is still a swimsuit competition at the state level, which completely negates the entire point of removing the competition at the national level,” Leffhalm said. “If Miss America truly wants to make an impact, removing it entirely would’ve made more sense.”

Leffhalm acknowledges the improvements being made to pageant conditions, but remains aware of the industry’s weaknesses. She recognizes that a field she sincerely cares about has the potential to progress and wants to be an active part of that growth.

While studying social work has motivated her to stay driven toward creating change, particularly in addressing and advocating for the homelessness population, her pageantry escalates that drive.

“Despite the fact that there is a long way to go, the industry has begun to embrace women of all shapes and sizes, as well as include individuals who are a part of the LGBTQ community,” Leffhalm said. “So many people look up to these competitions as platforms of what it means to be considered beautiful.”

Bridget Vaher, a 2016 alumna from the Stony Brook School of Social Welfare master’s program, took classes with Leffhalm. She said “I think the world needs to hear what Holly has to say.”

One pageant can make all the difference in the authentic representation of women that people can identify with and admire.

“It was a long and difficult road, with many things I had to overcome to keep pushing forward and go after my dreams,” Leffhalm said. “I am living proof that regardless of what area you grew up in, what you may have been through, or challenges you’ve been faced with, you can do it.”