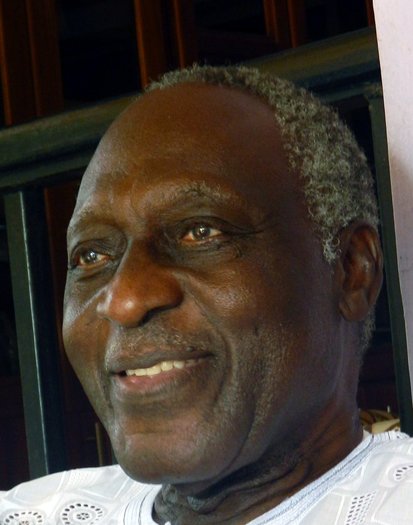 Stony Brook alumnus and writing instructor Kofi Awoonor, ’72, a renowned Ghanaian poet and former diplomat, was among the casualties of the Westgate shopping mall attack in Kenya by the Al-Shabaab militant group. He was in the city of Nairobi to attend the Storymoja Hay Literary Festival, a celebration of writing and storytelling. Awoonor’s son Afetfi was injured in the attack.

Awoonor taught creative writing and African literature at Stony Brook for six years in the 1970s before returning to his native Ghana in 1975. He was then arrested and jailed in Ghana for allegedly harboring subversives, but formal charges were never brought against him. As reported in a 2005 issue of Stony Brook’s alumni magazine The Brook, more than 50 Stony Brook students and faculty marched in front of the Ghanian Embassy in Washington, DC, in April 1976 to protest Awoonor’s arrest. The group also organized a campaign on his behalf to keep pressure on the Ghanian government. Articles appeared in The New York Times and other papers, as well as a cover story in the February 1976 SBU student-run Fortnight magazine, to help publicize his ordeal in an attempt to secure his release. Due in part to their efforts, the Ghanian government freed Awoonor nearly a year after his arrest. His book, The House by the Sea, was influenced by the 10 months he spent in prison.

Awoonor also wrote Rediscovery and Other Poems; Night of My Blood; Ride Me, Memory; Until the Morning After; and The Latin American and Caribbean Notebook. He was Ghana’s representative to the UN from 1990 to 1994 and also served as a chairman of the Council of State in Ghana, an advisory body to the president.