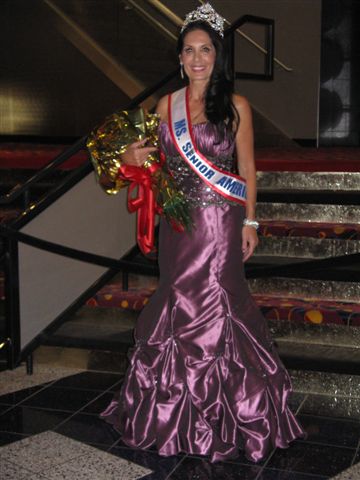 Miss Gail Lizardy King, who received her Master of Arts in Liberal Studies from Stony Brook in 1976, was named Ms. Senior America 2009 in Atlantic City on October 7. King, who is also the reigning Ms. New York Senior America, is a breast cancer survivor, whose philosophy of life is, “You must never give up – no matter what! This philosophy served me well when I was diagnosed with breast cancer at the age of 25. After 12 surgeries, doctors had given me less than a 30 percent chance of survival. But by keeping a positive attitude and maintaining a balance, I fought this insidious disease.”

King plans to spend the next year traveling the country making personal appearances on behalf of Ms. Senior America, breast cancer awareness, literacy, and animal rights, and, until her reign is up in Spring 2010, Ms. New York Senior America.

King taught at Sachem High School North in Lake Ronkonkoma for 35 years. Her second career as an actress and model has included appearances as an extra on Law and Order, Royal Pains, and 30 Rock, among others. She is also an avid fundraiser for the Carol M. Baldwin Breast Cancer Research Fund.