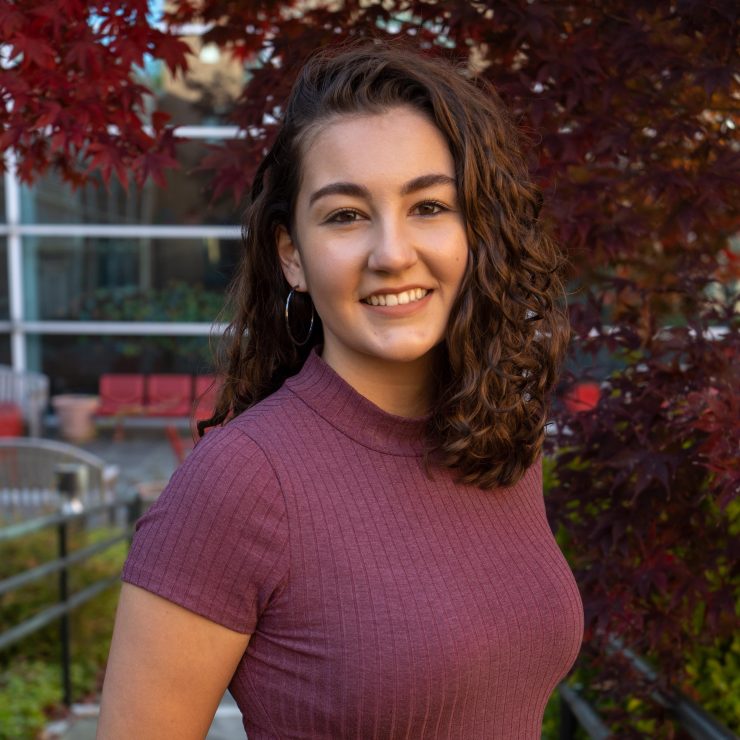 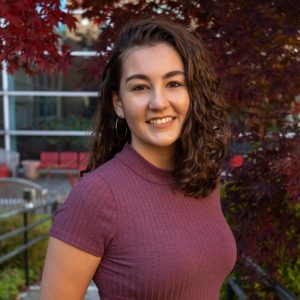 Sara Ruberg ‘22 will take her next steps in journalism as the recipient of the Marie Colvin Journalism Fellowship.

Ruberg, who has never traveled internationally, will leave for London this summer to be a reporter for The Wall Street Journal.

“It was international reporting that got me into journalism. When I was younger, I remember looking at the reporting coming out of Syria and hearing about Malala Yousafzai; those stories really impacted me and drove me,” said Ruberg, who is originally from Cincinnati, Ohio. “Now that I get to go abroad and fulfill what started the dream for me, it feels like things have come full circle.”

Ruberg is biracial and her Indian roots marked her and her brother as different when they were growing up. Those experiences helped to spark her interest in journalism and her urge to tell stories that often go unseen and unrecognized.

“Too often, international media coverage of South Asian and Middle Eastern people portrays them as either helpless refugees or radical terrorists,” Ruberg said. “It’s important to cover war and conflict, but mainstream media often fails to give brown people a voice outside of that.

“In the Middle East, activists are fighting for their countries’ well-being and looking for solutions,” she said. “In the era of a climate crisis and environmental destruction, journalists cannot leave them behind or forget them. They, too, deserve a spotlight.”

The Colvin Fellowship is offered through the Marie Colvin Center for International Reporting, which honors the life and legacy of Marie Colvin, an acclaimed foreign correspondent who was killed covering the war in Syria. The fellowship is supported by NewsCorp. It is awarded to one outstanding graduating student each year and includes a 10-week reporting assignment in one of the Journal’s overseas bureaus. Previous fellows have reported from London, Hong Kong and Mexico City.

“I’m so proud that the Marie Colvin Center for International Reporting is able to offer Sara this opportunity to put her talent into action, and I know my sister would be honored,” said Cat Colvin, a Colvin Center founder and board member, and Marie’s sister. “It’s particularly meaningful to have the Marie Colvin Award go to Sara, who exemplifies Marie’s dedication to giving voice to the voiceless. I know Sara has a bright future ahead of her.”

At Stony Brook, Ruberg worked on the in-depth reporting project that documented the university’s response to the COVID-19 pandemic, Stony Brook Transformed. She serves on the School of Communication and Journalism’s (SoCJ) student advisory board and is the editor-in-chief of The Statesman. The SoCJ has awarded her several scholarships in recognition of her achievements and professional goals.

Outside of Stony Brook, she served as an associate producer on the WSHU podcast Higher Ground, which was featured on National Public Radio’s Science Friday. She worked as an associate producer on “Mayor of Maple Avenue,” an audio documentary that tells the story of a victim of Jerry Sandusky, the disgraced former Penn State football coach who is serving 60 years in prison for sexual abuse.

“I’ve been working so, so, so hard all through college. I’ve been putting everything into this,” Ruberg said. “Things got messed up when the pandemic hit because there weren’t as many internships around. I continued to work really hard and everything finally feels like it’s paying off. This is what I’ve been working toward.

“I’m really really honored that they selected me to be at The Wall Street Journal. It’s such an amazing organization, and this is going to be a really different experience for me. This is something I’ve been looking forward to and working toward for years.”