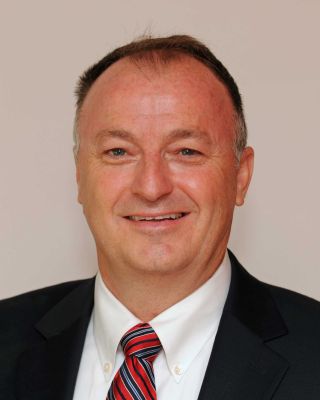 Rob Trotta is a life-long resident of the 13th Legislative District. He grew up in Commack with his two brothers and graduated from Commack High School in 1979. He currently lives in Fort Salonga with his wife, two children and dog, Buddy.

He graduated from C.W. Post in 1983 with a Bachelor’s degree in Criminal Justice and from Stony Brook University in 1993 with a Master’s Degree in Labor Management Relations. In 1988, he became a Suffolk County Police officer. His hard work and passion for the job were recognized on several occasions by his superiors, including “Cop of the Year” in 1993 and “Detective of the Year” in 2001. For over 10 years he was assigned to the FBI Violent Crime Task Force, where he worked on complex cases ranging from money laundering to confiscating large quantities of cocaine from our streets.

While serving with the police department, Rob was also active with several local organizations, including Kings Park Soccer, Kings Park Neighbors Association, the Nissequogue River State Park Foundation and the Kings Park Civic Association. In 2005, Rob helped lead an effort to prevent the development of up to 2,500 units of housing on the former Kings Park State Hospital property. He advocated for and eventually won state support for the transfer of the 365 acre property to New York State Parks in 2006. As a board member with the Nissequogue River State Park Foundation, he helped raise hundreds of thousands of dollars for beautification and restoration projects, and persuade the state to begin the first phase of the park’s cleanup in 2012-2013.

Rob recognized that our quality of life, which includes safe neighborhoods, great schools, and terrific parks, is the primary reason why many of us have chosen to live here. Our residents expect our elected representatives to protect and improve these assets for future generations.

In early 2013, Rob decided to run for the office of Suffolk County Legislator. His campaign was largely based on becoming a full time legislator with the goal of making county government more efficient.

On December 28, 2013, Rob Trotta retired from the Suffolk County Police Department. He was proudly sworn in as the Suffolk County Legislator for the 13th Legislative District on January 2, 2014. Legislator Trotta has vowed to put you, the taxpayer, first and to become Suffolk County’s hardest working legislator dedicated to improving the economy and our residents’ quality of life.