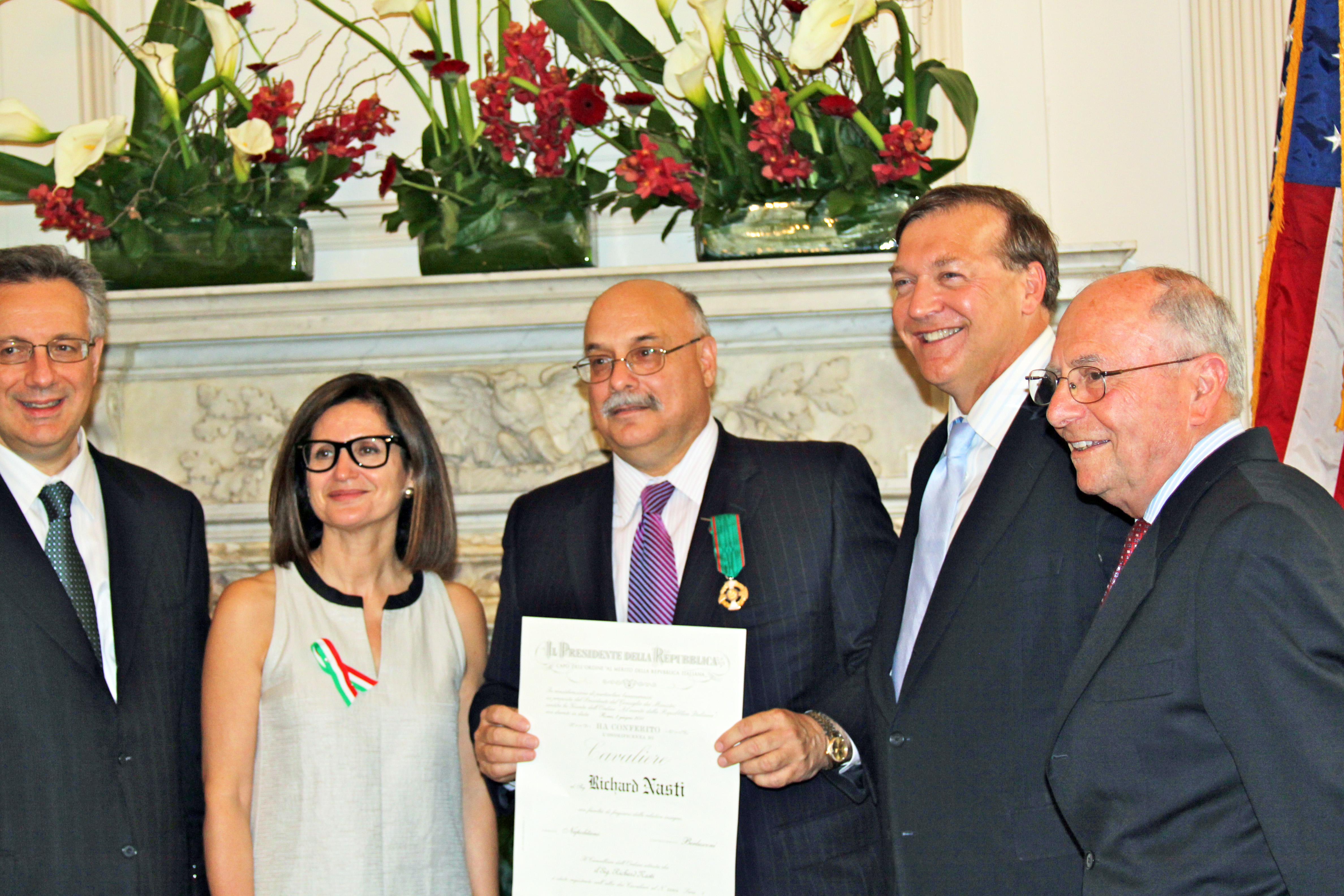 At a decoration ceremony held at the Italian Consulate in New York City on June 2, 2012, Mr. Richard Nasti received the prestigious Order of Merit of the Italian Republic, Cavaliere (Knight). In bestowing the award on behalf of Italian President Giorgio Napolitano, Consul General Natalia Quintavalle recounted some of the accomplishments of Mr. Nasti, specifically as they relate to Italy and Italian-American causes.

Mr. Nasti, who served as chair of the Stony Brook University Council for 14 years before moving to the University’s Foundation Board, has been instrumental in the success of Stony Brook’s Center for Italian Studies (CIS). The CIS, which celebrated its 25th anniversary last year, promotes and conducts scholarly research in Italian studies as well as serves as a cultural enrichment center for the community. Mr. Nasti leads an advisory board providing strategic direction for the activities to the CIS. He was also instrumental in establishing the first endowed chair in arts and sciences at Stony Brook, the Alfonse M. D’Amato Endowed Chair in Italian Studies.

Upon receiving the decoration, Mr. Nasti commented, “Receiving the Order of Merit of the Italian Republic, or being knighted by Italy, is certainly one of the highlights of my life. Sharing this day with so many special family and friends was both overwhelming and humbling.”