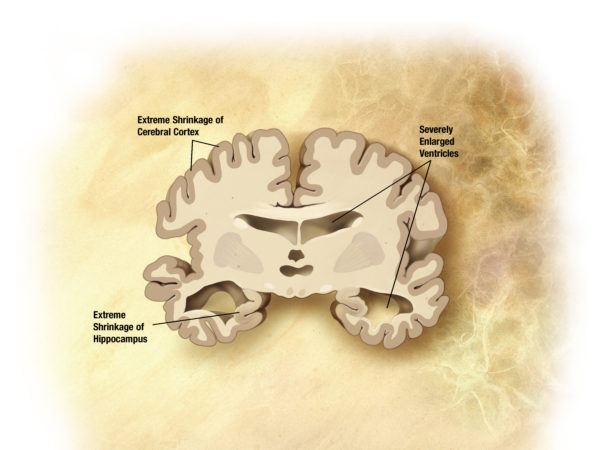 Christian Pike, a professor of gerontology — the study of aging and the elderly — at the University of Southern California, spoke about Alzheimer’s disease and its relationship with obesity and testosterone on Thursday, Oct. 4 in the Life Sciences Building.

Alzheimer’s disease, a progressive disease that destroys memory and other important mental functions, and other dementias kill as many as one-third of seniors. At present, Alzheimer’s disease is the sixth leading cause of death in the United States, affecting an estimated 5.7 million Americans.

Though old age is the biggest risk factor for Alzheimer’s, Pike’s talk suggested that biological factors such as obesity and low testosterone levels in men can further increase risk of getting the disease.

Pike then transitioned to discussing obesity. More than two-thirds of U.S. adults are overweight or obese, and risk of dementia is increased approximately threefold with obesity, according to Pike. This is supported as the age of Alzheimer’s onset is typically lower in obese people.

After Pike established the roles of obesity and testosterone in Alzheimer’s disease, he connected the two factors.

“[Obesity] and testosterone have a bidirectional relationship — that is, high levels of fat lower testosterone, low testosterone increases fat, vice versa with metabolic syndrome, which drives things like type 2 diabetes. It goes both ways,” Pike explained.

As such, it seems like avoiding obesity and low testosterone (for males) is prudent in postponing Alzheimer’s onset.

“Everything [Pike] presented is extremely important,” Maria Galatioto, an MS student in physiology and biophysics, said. “As we have a human population with a growing life expectancy, we are going to have more individuals with dementia and Alzheimer’s. It is essential that we are all taking necessary preventive measures to the best of our ability, so that we can hopefully live healthy and happily later on in our lives.”