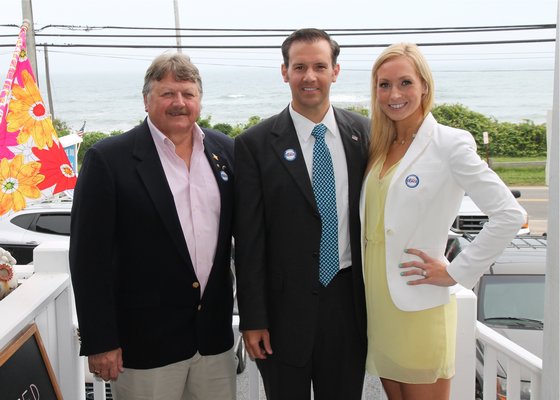 Stony Brook University gave Alice Cooley ’04 a second chance and the East Hampton resident turned it into a first-rate opportunity.

As Cooley tells it, she was floundering in her third year of college far from her native Long Island when her friend applied and was accepted to Stony Brook. Wanting to follow suit, she realized her academic record needed some polishing. So she redoubled her efforts to bring up her grades before scheduling an appointment with an admissions counselor.

The counselor recognized Alice’s efforts to turn things around and admitted her to the University. “I think he saw something in me,” she said. “There was risk involved and he took a chance on me. When someone gives you a shot like that you don’t want to disappoint [that person].”

Since then, Cooley has made a habit of embracing what doesn’t come easily to her. In her final year at Stony Brook, the English major had to fulfill a mathematics requirement, something in which she did not excel. Cooley chose to take a statistics course.

“That experience opened up my mind to try to succeed in things that I am not automatically good at,” said Cooley. “As an attorney I use a ton of math in real estate transactions and zoning work. Everything comes down to numbers.”

A year after graduating from Stony Brook, Cooley set her sights on law school. She secured scholarships, attended Brooklyn Law School, and was admitted to the Bar in 2009.

Cooley worked in a variety of legal fields, which included internships at the Manhattan Criminal Court and pharmaceutical giant Pfizer and a part-time job at a securities litigation firm in the New York Stock Exchange, before she settled on her life’s work — land use law. A fire in her New York City apartment prompted her to pursue a long-held dream — a move to the East End of Long Island where she joined the firm of Eagan & Matthews PLLC of East Hampton.

“I love my work because it’s challenging to strike a balance between the needs of the individual and the community as a whole. I’m a strong property rights advocate, but I love our natural environment, as well. It’s what makes East Hampton an attractive place. I live here too,” said Cooley. “I try to find creative solutions to get my clients what they want while respecting each municipality’s Code.”