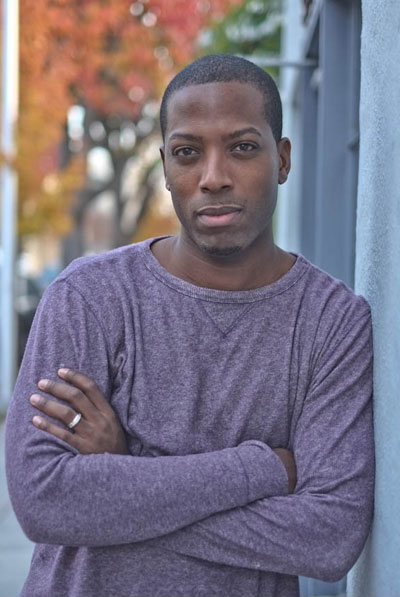 Tristan Walker ’05 is living proof that the saying “necessity is the mother of invention” still applies. While getting ready for work one day, he wondered what it would be like to shave without discomfort.

“No brands of shaving products catered to people like me,” said the Stony Brook University economics graduate and valedictorian, who is originally from Queens, New York, and worked as a trader on Wall Street for a short time after graduation.

And that was how Bevel, the pioneering shaving product that caters to the needs of men with coarse, curly facial hair, was born and Walker & Company was launched.

Using the social media skills he acquired during his five-month internship at Twitter Inc., Walker raised $2.4 million in May 2013 to start his company. Social media is also helping Bevel find its way into more and more homes. Walker & Company consists of Walker (CEO), two engineers, two financial operational specialists, a designer and a marketer, who also serves as a customer service representative.

Now Walker is well on his way toward establishing himself as one of his generation’s most heralded young entrepreneurs.

Walker has already been named to the Ebony Magazine 100 Most Powerful People list, the Hollywood Reporter’s Digital Power 50 and Black Enterprise’s 40 Next.

“I’m always thinking, ‘What can make this world a little better and our lives simpler and easier?’” Walker said, regarding the inspiration behind his inventive nature. “My mind is in perpetual motion.”

Bevel, which Walker describes as “the first end-to-end solution to fix razor bumps for men,” is a six-piece kit that includes a specially designed razor, creams, depilatories, and after-shave. It’s designed to meet the special needs of black men, 80% of whom tend to experience skin irritations after shaving, primarily due to curly whiskers.

His rapid rise into the Silicon Valley stratosphere is largely due to his persistence, charisma and passionate knowledge of what he wants.

Walker recalled how in 2009, while pursuing an MBA at Stanford Graduate School of Business, he wrote to one of the founders of the small startup company Foursquare, a location-based social networking website for mobile devices that connects people to business, signing off the introductory email with “Stay awesome.” Walker said, “It sounded corny, but it worked out for me.”

And there were the seven follow-up unanswered emails to Foursquare in pursuit of a job before one of the founders wrote back saying he would see Walker if he was ever in New York. Seizing the moment, Walker responded that he would be there the following day and booked a flight immediately. The meeting was a success: A month later Walker ended up landing a job as director of business development. The company now boasts 40 million users.

Foursquare put him in direct contact with iconic brands, such as AMEX, with which he formed strategic alliances and where he met the founders of Netscape, LoudCloud and other Internet pioneers.

Walker’s inspiration to become a successful entrepreneur in a New York minute came from growing up in a single-parent household. His mother served as his first and most enduring role model, instilling in him the work ethic that helped him thrive. “She worked for the New York City Housing Authority for 20 years,” Walker said

Another motivator was being awarded a scholarship from the Boys Club of New York to attend a mostly white New England prep school. That glimpse of privilege made him realize that he never wanted to return to the hardscrabble life of his childhood.

Although his stint on Wall Street was little more than a pit stop on the road to realizing his dream, Walker learned valuable lessons there. “One gentleman told me that the first third of your life should be learning, the second earning and the third returning.”

Although he is still in the earning phase, Walker is already looking to make life easier for underrepresented budding entrepreneurs. To that end, he founded CODE2040, a nonprofit organization that matches high-performing black and Latino undergraduate and graduate coders and software engineering students with Silicon Valley start-ups for summer internships.

Walker has some powerful advice for those students — counsel he wished he had been privy to while he was in college.

“The power is shifting back towards the producers,” he said. “America has become a country of consumers. And software, not hardware, is where the future is heading. The universal language will be spoken by the computer scientists and the engineers.”

In spite of all of his accolades and success, Walker remains focused. “This story is still being written,” he said.