Psychologist and Author David Blustein ‘74 on Navigating the Workplace 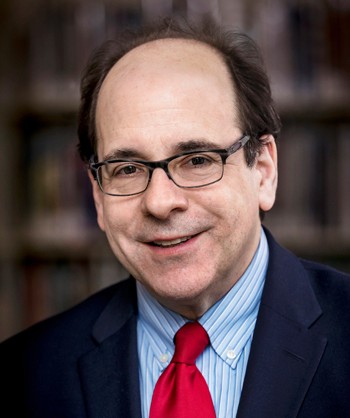 David Blustein ‘74 understands the uncertainty of the workplace better than anyone.

For the last six years, Blustein, a psychologist and professor of career development and counseling psychology, has devoted his time to researching the psychological experience of work in America. Now, he’s sharing his findings with the Stony Brook community, as he returns to campus this April to speak to alumni and students about his upcoming book The Importance of Work in an Age of Uncertainty: The Erosion of Work in America.

Your new book, The Importance of Work in an Age of Uncertainty: The Erosion of Work in America, will be published in June. Can you tell us a little more about it?

The book is a culmination of six years of research, reflection and deep thinking. The core of it is based on 58 extensive interviews that my research team and I conducted with Americans across the spectrum of geography, socio-economic status, race, ethnicity, and sexual orientation. We wanted to get a sense of the psychological experience of work. Most of the public policy decisions made about work are made by government leaders and are informed by economics. I’ve been arguing for much of my career that psychologists, sociologists and other social scientists have a lot to say about work. This book is a culmination of this effort. The core of it is a narrative interpretation of these interviews, but it is also complemented by a number of different perspectives. The culmination of the book consists of public policy recommendations about how we can reduce what I’ve identified as the eroding work experience within America.

What would you say is the biggest takeaway from the research you conducted for this book?

One of my main findings is that people are experiencing work as increasingly precarious. We know that work is precarious from an economic standpoint in that there are fewer long-term, stable jobs. Most of the new jobs created in the United States in the last 10 years have been short-term or contract work. What my book revealed is that this precariousness has affected people psychologically. People are experiencing an inner sense of precariousness, a sense of feeling untethered to this very important part of adult life, which is the working context. These were very disconcerting findings, although not completely unexpected. I’ve been working in career development and vocational psychology for 30 years and I’ve been very concerned about the loss of stability in the workplace.

Can you tell us a little more about your own career path?

It wasn’t an easy path. I did not get into a PhD program right away, but I identified quickly why I hadn’t gotten in and I set about a path of developing myself so that I would have the credentials needed to get into a program. The first thing I did was get a Master’s Degree in counseling at Queens College, which gave me a chance to go back and live with my parents for a few years. It may not sound cool in retrospect, but for me it was really important. After I got my degree, I moved to Jackson Heights for a few years and worked as an Academic Advisor at Queens College and then worked in various positions in higher education. Then, I got a dream job for myself as a counselor in the counseling center at Rockland Community College. I got married at that time and started a family, but I still had it in my mind to get a PhD.

I knew that one way to enhance my attractiveness to a Ph.D. program in counseling psychology was to publish in academic journals.  I also knew that I was a good writer, so I developed a goal of writing articles for counseling journals. By the time I applied to Teachers College at Columbia, the faculty member who was interviewing me told me that I had more publications than most of their Assistant Professors. I knew when she said that, that I would get in – and I did. After receiving my PhD in counseling psychology, I took my first faculty job at SUNY Albany. It’s interesting: I stayed in the SUNY system for 14 more years after leaving Stony Brook.

As a professor yourself, you undoubtedly understand the profound effect that a mentor can have on their students. Was there someone at Stony Brook who inspired you?

That’s a great question. My Stony Brook years were very important in both my personal and career development. There were a number of ways in which that happened. One way, of course, was the education, which was phenomenal. In terms of mentors, I would say that my primary mentor was a professor in the psychology department, Leonard Krasner, who’s since passed away. He was probably one of the best-known psychologists in the Psych Department at that point. I didn’t know him that well, but he allowed me to sit in on a graduate-level course called Environmental Design. That was the peak of the behavioral revolution in psychology, and Stony Brook was one of the homes of that revolution. Krasner was a real radical behaviorist, but he also had a strong sense of social justice and equity, which was reflected in this seminar. That was a pretty important experience for me. He wrote a letter for me for graduate school. He didn’t know me well, but he was very kind to me and it made a big difference.

The other set of mentors for me was at the college newspaper, The Statesman. That was a tremendous experience for me. That’s where I learned how to write. I’ve really fashioned myself not just as a professor, but as an author. I will say that I learned how to write really well as a journalist. There was a journalism professor there named Marty Buskin, who also worked for Newsday, who provided a great deal of encouragement for me and other aspiring journalists and writers.  The overarching mentorship, though, was from my experience being at a really great University and seeing professors work. That was when I got the bug of being an academic.

So, when exactly did you decide that you wanted to become a professor?

It developed over time. Like a lot of students, I came in as a pre-med student, which was kind of an implicit dictate from my parents. It didn’t work out well for me, in terms of my interests. In my sophomore year, I felt like my calling was really in the social sciences and the humanities. I started moving into history as a major, and then sociology. By my junior year, I finalized my major in psychology. But throughout those last three years, I knew that I wanted to be an academic.

What stands out most to you about your student experience?

I had great professors throughout and I also picked up a political consciousness at Stony Brook. I attended at the height of the Vietnam War. My first two years at Stony Brook, we didn’t have finals because Campus closed due to student protests against the war. So, I was there during a peak period of student unrest and radical politics. It was a very cool place to be.

You’ll be returning to Stony Brook this April to speak with students and alumni. What are you most excited to see when you return to campus?

That’s a great question. I’ve been back a few times. Whenever I go to Long Island, I go to Stony Brook and drive around, but it’s been a while. I’m actually really looking forward to going back in April. I want to take a walk over to the dorms where I lived. I lived in G-Quad (Mendelsohn), but the place I lived my last two years and really loved was Roth Quad. It was painful to move away from Gershwin College. It’s an amazing place and I remember my last week of college vividly. My friends and I set up speakers on the roof of Gershwin and we played all the music we loved. This went on for days and it was just a great period of celebration. I would love to particularly take a walk to Roth Quad when I come back, but I’d also like to look back at the Psychology building and meet the faculty in Psychology. I have great memories of the campus. I’m really looking forward to coming back this April. It’s important to me to give back to the University that has given so much.

You’ll be participating in the Alumnus in Residence program as well as the Student and Alumni Networking Mixer while you’re here. Is there a piece of advice you can share with students leading up to these programs?

Try to identify your passions and your sense of purpose in the world. I think those are actually different things. Your passions are things that you love to do. Your sense of purpose is about how you want to contribute to the world and what is going to give you a sense of meaning in life. These are really important things for people to consider. It’s also important to think outside the box about work, because it’s changing so much. People need to figure out what they want to do, but also what the world needs – not just in terms of the marketplace, but what the world needs to be a better place. Those are the kinds of things that I would like to share while I’m there.

The study by a team of researchers at SoMAS uses global climate modeling to suggest that while rain intensity is likely to increase, the number of storms that make landfall will decrease. 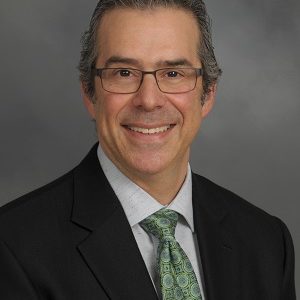 The current vice dean for graduate medical education and designated institutional official will have primary responsibility for the school’s academic and educational mission.

The Stony Brook Film Festival presented by Island Federal went virtual this year and so did its awards ceremony, which was held live on December 15, with all winners in attendance online to accept their awards. Going...