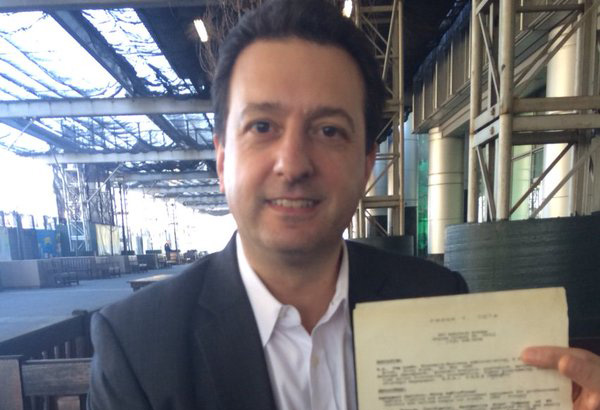 When Frank Tota (BA, Economics ’86) typed his resume on a DEC computer in the Melville Library as a senior at Stony Brook University, he had no idea that his first job would be at Goldman Sachs and that he would build a career there, rising through the ranks and filling many positions over the next 30 years. Today, he is a Managing Director in the Operations Division. He still has that resume, as well as life-long friends he made at Stony Brook University.

“When I began at Goldman Sachs, the profession was changing rapidly. The skills required of new recruits was very different than what we look for today.”

Tota began with work that was very clerical, and quickly began trying to automate some tasks using the then relatively unfamiliar tool of the computer and macro code. “I tried to automate myself out of a function,” says Tota, “so I could raise my hand to then do other things.”

So what does it take for someone starting in Operations at Goldman Sachs today? “Well, aside from students with grades and strong participation in extracurricular activities, it also takes a very positive attitude. Candidates should have a well-articulated personal story and be able to share why they have an interest in the field and why they would be a fit for the role.”

Tota advises students he knows to show on their resumes what they’ve done to make a difference – not just the duties they performed and the classes they have taken, but the innovations they’ve made in their previous roles or the ways they’ve improved their workplace. “A lot of great students don’t do enough to communicate what differentiates them, which is important” says Tota, “Today, another difference in Operations from years ago is that we hire more STEM majors because of how they are trained to think and to solve problems.”

Tota’s career has taken him from the Operations unit at Goldman Sachs to their Controllers function and later back to Operations, ultimately achieving the level of managing director. He’s done a stint overseas in their London office, and now works from the Goldman Sachs offices in Jersey City, NJ.

This article originally appeared here on the Stony Brook University College of Arts and Sciences website.