Professor Named One of 50 Most Influential French by Vanity Fair 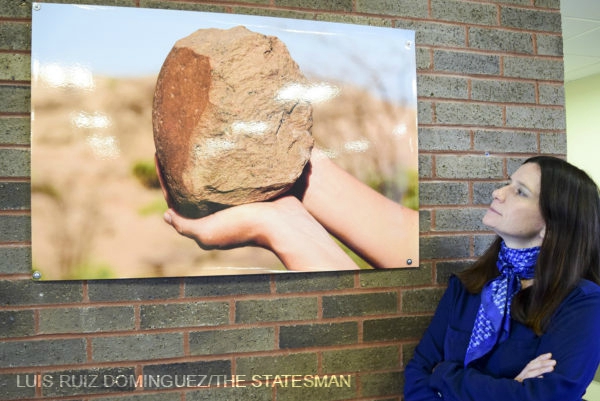 BY MICHAELA KILGALLEN AND MAHREEN KHAN

Vanity Fair France has named Sonia Harmand, an associate professor, one of the 50 most influential French in the world.

“I accepted the prize not only in my name but also the team working with me,” Harmand, a professor in the Department of Anthropology, said.

In 2011, Harmand and Jason Lewis, a paleoanthropologist at Rutgers University, made a wrong turn in Kenya and discovered stone artifacts, dating back 3.3 million years. Before Harmand and Lewis discovered the artifacts on the western shore of Lake Turkana, the earliest stone tools only dated back 2.6 million years.

“I remember the excitement,” Harmand said. “The excitement, the emotion of knowing that we had found something important, but at that time we didn’t know the exact age of these stone tools. I called the rest of my team. … Everybody came, and we spent a good hour looking around, and it was a shared excitement at that time. Also a shared responsibility.”

The artifacts proved that ancient hominins created sharp tools by “knapping” or breaking off pieces of stone nearly 700,000 years earlier than previously thought. Harmand published the discovery in the scientific journal Nature in May 2015.

“It took us a long time to publish our paper in Nature. It took us three years,” Harmand said. “But we made the cover, which is not also very often – especially when you talk about stone tools. The adventure is not finished because the site is still under excavation. So we’re still going every summer in the field to excavate the site.”

Harmand is only one of five archaeology professors listed on the Department of Anthropology website. She specializes in paleolithic archaeology, human evolution, Africa, lithic technology, early hominin cognition and behavior, and primate archaeology within the department.

“She does very innovative work,” John Shea, fellow professor in the Department of Anthropology, said. “In a way, it’s interesting. She’s more American in her approach to stone tools than most of her French colleagues.”

Harmand has worked in Kenya for 18 years. She explained that East Africa is the best region to study human evolution and technology. Lake Turkana is the oldest archaeological site in the world.

The process to uncover these artifacts can be tedious, but the feeling Harmand and her team receive from unearthing history is well worth the wait.

“It takes a lot of minutes, sometimes several hours to carefully unearth the stone that is going to be, finally, a stone tool,” Harmand said. “And when you finally take it with your own hands from the sediment. I mean, you are the first one to take the stone tool in your hands. … It’s a very emotional thing to me, and I have to say, probably everybody in the team.”

Click here to view the original article published in The Statesman.