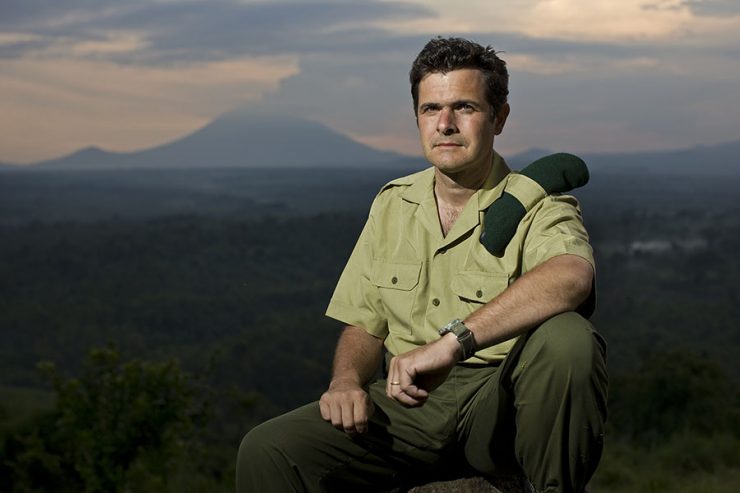 Renowned conservationist and anthropologist Prince Emmanuel de Merode delivered the Presidential Lecture on November 28, introducing the film Virunga and receiving an honorary degree from the State University of New York.

President Stanley’s citation read in part: “You are a true leader and trailblazer, a dedicated conservationist and anthropologist. You have worked tirelessly to protect endangered wildlife as director and chief warden of Virunga National Park, one of the most biologically diverse areas on the planet, nestled between the war-torn borders of the Democratic Republic of Congo, Uganda and Rwanda.”

Virunga, a powerful combination of investigative journalism and nature documentary, tells the true story of a group of courageous people risking their lives to build a better future in the Congo.

Shot in the spectacular environs of Virunga National Park, the film follows a small and embattled team of park rangers as they strive to protect this UNESCO world heritage site from armed militia, poachers and the dark forces struggling to control Congo’s rich natural resources.

Following the film screening, Merode answered questions about his experiences with wildlife conservation in the Congo.

“By sharing this film and his story with the world, the prince continues to build awareness of the issues facing the Congo and wildlife conservation in this dangerous region,” President Stanley said.

“We are so glad he could safely make the journey to Stony Brook so we could have the opportunity to acknowledge his achievements and thank him for all that he and his team have done to protect Virunga,” he said.