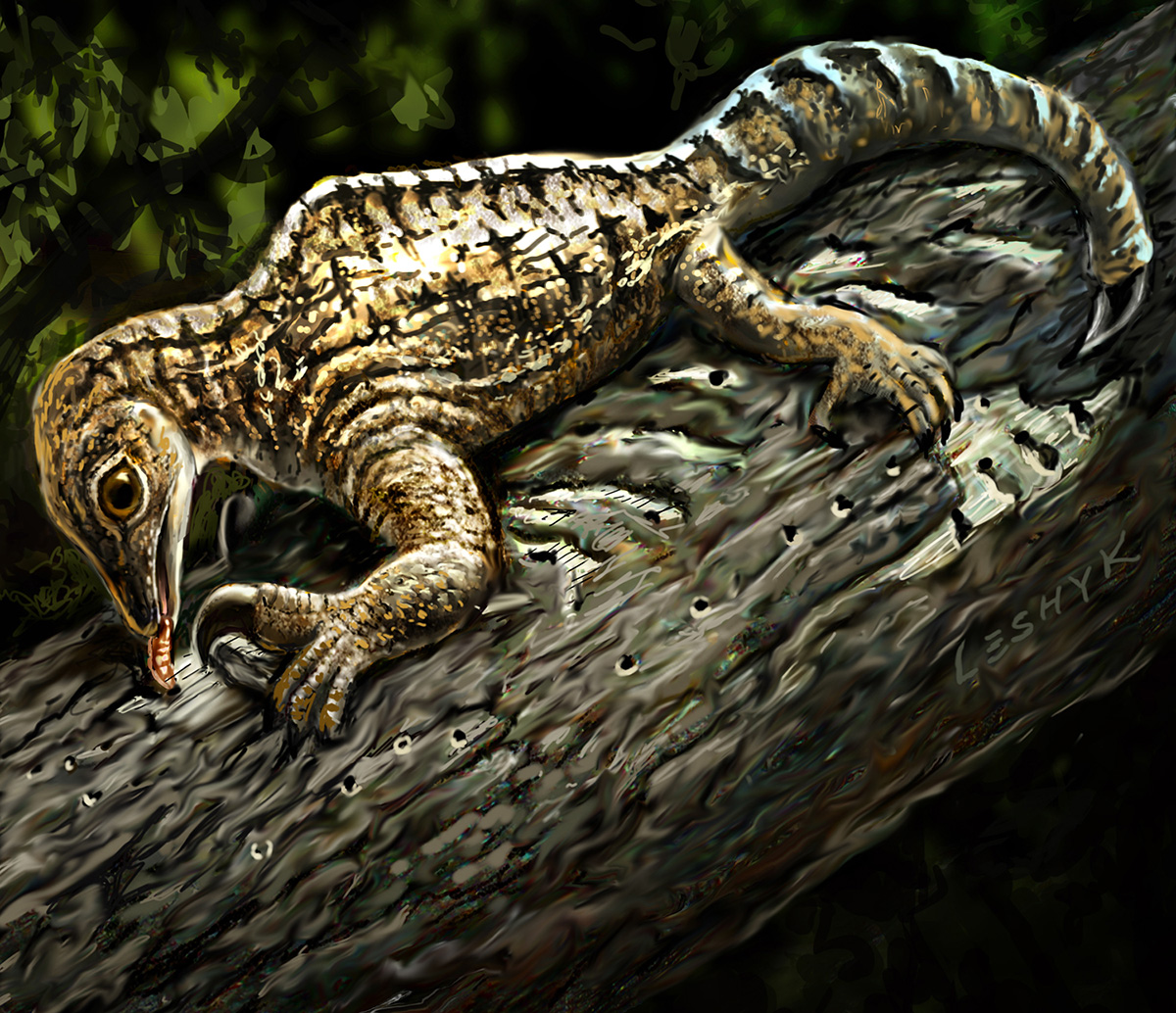 September 30, 2016 – Fossil remains from an ancient reptile known as Drepanosaurus reveals unusual skeletal adaptations in the forelimb that scientists have never before recorded in land animals. A Stony Brook University-led national team of paleontologists published their findings in Current Biology. Their findings suggest that more than 200 million years ago reptiles had already evolved specialized modern ecological roles with their strange forelimb adaptation.