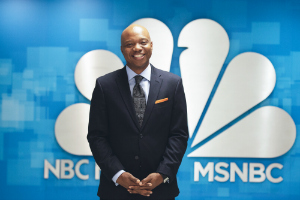 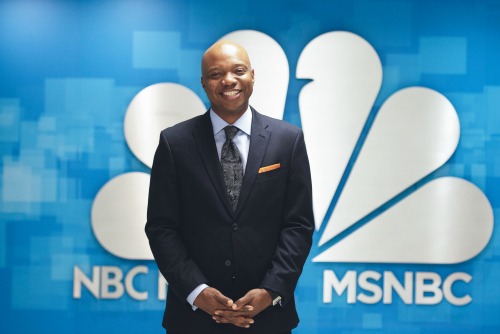 Errol Cockfield ’94 has had a remarkable career: as a journalist at prestigious newspapers, a press secretary for two governors and a consultant advising Fortune 500 companies.

“I credit Stony Brook University for the entirety of my professional success,” Cockfield said. “Stony Brook is different from other universities because while it has stellar academics at its foundation, it’s a campus full of people who are invested in your evolution as a person. Stony Brook helped me to be better at who I am.”

Born in a tiny village in Guyana, Errol Cockfield is the descendant of slaves who, once free, purchased the land upon which Cockfield’s childhood home was built. “My family has deep roots in Guyana, and we go back quite a bit,” Cockfield reflected. “When I think about the arc of my personal and professional life, I always remember my beginnings in Guyana.”

When Cockfield was six, his family moved to Trinidad, where his father served as an instructor at the Caribbean Aviation Training Institute (CATI). After five years, they moved to Brooklyn, New York. “My parents moved us (Cockfield has two younger siblings) to the United States because they saw a great deal of opportunity and the potential for their children to be better educated and … pursue the American Dream,” Cockfield said.

A decidedly bright young man who skipped both the third and eighth grades, Cockfield was ready for college at 16. “I wanted to stay in New York, and in Stony Brook I saw a great mix of strong academic reputation, affordability and accessibility to New York City,” he said.

While he began as a biology major thinking he wanted to be a physician, Cockfield quickly realized his true passion.

“I had always been a writer and a poet, and I started doing more,” he said, explaining that two individuals — journalism professor Paul Schreiber and upperclass student Dwayne Andrews, a columnist for The Statesman and editor-in-chief of Blackworld (two student newspapers) — took him under their wings. Cockfield began writing for both publications and soon decided to switch his major from premed to English in the College of Arts & Sciences.

“These individuals saw things in me I didn’t see in myself,” remembered Cockfield.

After an internship his senior year at Newsday, Cockfield was accepted into the Tribune Publishing Company’s prestigious minority editing training program (METPro), becoming — for all intents and purposes — a staff writer for the Los Angeles Times. After METPro, he was hired by the Hartford Courant, followed by Newsday, eventually becoming its Albany bureau chief. Describing himself as wanting to be part of the story rather than writing about it, Cockfield grasped an opportunity to become press secretary for New York’s top economic development agency and then for two New York governors — Eliot Spitzer and his successor, David Paterson. 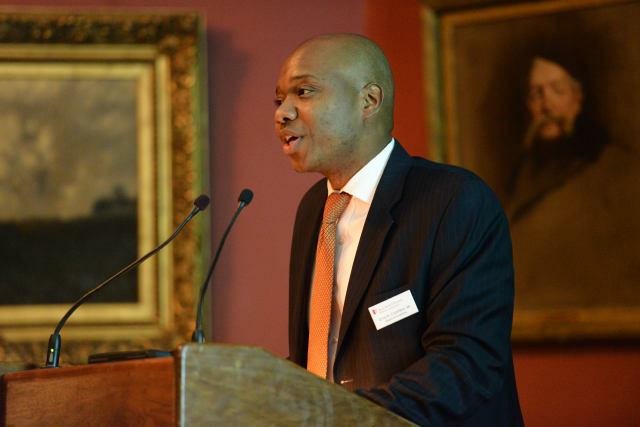 “I went from journalism to government and then to consulting,” Cockfield said. “Edelman gave me an opportunity to get a window into how business works, to understand how senior executives make decisions.”

In his new position as senior vice president of MSNBC Communications, Cockfield has found the perfect fit for his skill set. “I’m thankful for this opportunity because it meshes so many areas of my background. I think they saw someone who knows journalism, knows politics — the bread and butter of this network — and can advise on strategic direction.”

And for Cockfield, it all started at Stony Brook.

“For me, Stony Brook was this small city unto itself where I could stretch out and grow and evolve. It was where someone at my early stage of life could explore, learn new things, and make mistakes, yet get exposed to professional life in illuminating ways.

Though it has been more than 20 years since he graduated from Stony Brook, Cockfield stays deeply connected to his alma mater. He has been a member of the Alumni Association Board of Directors since 2010. He actively participates in the Stony Brook Black and Latino Alumni Network and is a donor both to its endowed scholarship fund and to the Stony Brook Annual Fund. He attends reunions of The Statesman newspaper, attends homecoming whenever possible, mentors new alumni and current students, and gets to know new members of his fraternity, Alpha Phi Alpha.

“Stony Brook’s people — like Paul Schreiber — became a second family to me,” he continued. “I feel a sense of duty and will always give back because of those who were so invested in me.”

Cockfield lives in Brooklyn with his wife, Ziedah Diata, their 10-year-old daughter, Kai, and their infant son, Justice. 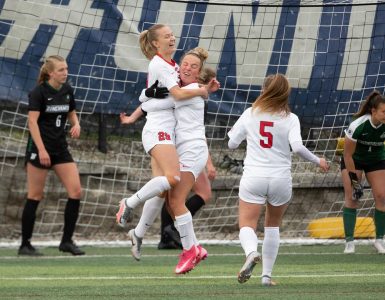 The Stony Brook women’s soccer team is returning to the NCAA Tournament for the third time in four seasons. The Seawolves defended their America East postseason crown with a 1-0 victory against Binghamton in the...

Thanks to a new infusion to the Black and Latino Alumni Network Scholarship Fund, the University can offer more underserved students access to a Stony Brook degree.