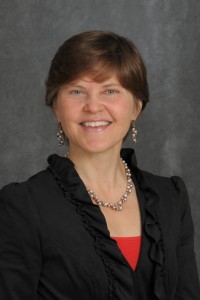 Stony Brook University has named Ann Boyd-Stewart as its Assistant Vice President for Medical Advancement. Boyd-Stewart joined Stony Brook with more than 14 years combined experience in direct fundraising at Chatham University in Pittsburgh and the University of Michigan. She has a proven track record in leading high-performing development programs.

As Vice President of University Advancement for Chatham University, Boyd-Stewart led a team of 16 in taking Chatham’s capital campaign from $40 million to $75 million in just over 20 months during 2012 and 2013.

Boyd-Stewart spent a decade at the University of Michigan, working in various leadership roles, including Chief Development Officer in the School of Natural Resources & Environment, as well as Director of Development in the Departments of Surgery, Otolaryngology, Radiation Oncology, Radiology and the Basic Sciences in the Medical School.

A native of Port Huron, MI, Boyd-Stewart graduated from the University of Michigan with a bachelor’s degree in philosophy and economics. Later, she earned a master’s in Philanthropic Studies at Indiana University.

“It was a tremendous honor to be selected for this position,” Boyd-Stewart said. “Stony Brook is an outstanding university in the midst of tremendous growth. I look forward to contributing to its development.”