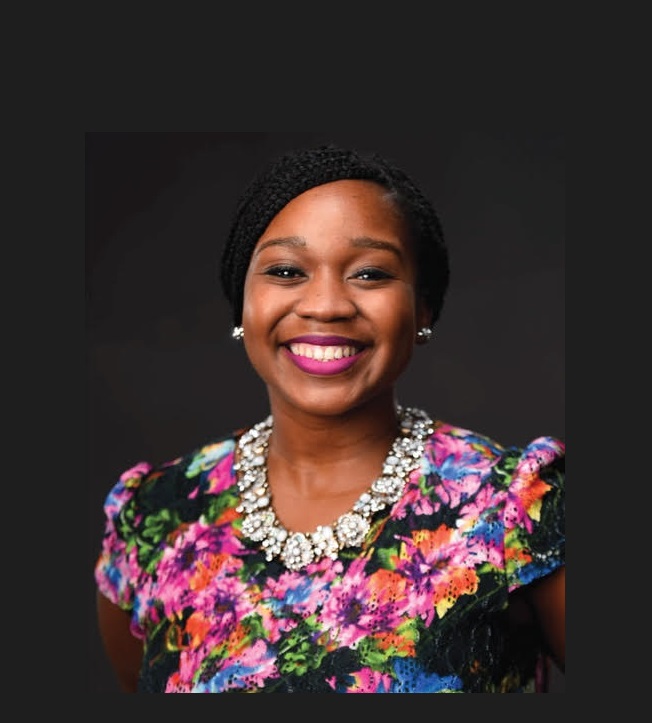 However, nine years into what she calls “the most uncertain decade,” Mbekeani has a lot to show for her twenties. As a Policy Advisor for Juvenile Justice at the Cook County State’s Attorney’s Office and an elected official in the Oak Park Township of Illinois, she is working hard to improve the criminal justice systems for youths – and her work extends beyond the United State’s justice system.  In 2015, Mbekeani led a service initiative to Africa to combat sexual violence and address women’s health issues.

Her hard work hasn’t gone unnoticed. To date, the College of Arts and Sciences alumna has earned a spot on the Forbes “30 Under 30” List, been named to Crain’s “20 in Their 20’s” and was honored as a Stony Brook 40 Under Forty award recipient.

What do you credit for your early success?

It all comes down to having a great network of support. I’ve been blessed to have incredible examples around me, from my parents, to my friends, to the professors I’ve had at Stony Brook University. They were always there to give me advice and guidance for the direction of my career. Having those great examples of accomplished people around me helped me set a high bar for myself. I’ve always had high expectations for myself because I’ve always been surrounded by high performing individuals.

You mentioned that there were professors at Stony Brook that inspired you, was there any one in particular?

Yes, Dr. Tracey Walters. Even when I wasn’t taking a class with her, I would go to her office to discuss my goals and ambitions. She was always a supportive voice. When I told her I wanted to go to law school, she was there to connect me with individuals who had the same goals so that we could support each other.

It sounds like you came into Stony Brook with a career path already in mind, when did you realize that you wanted to be a lawyer?

Being a lawyer, however, is something that I was always pursuing. I remember, preparing for the LSAT my senior year at Stony Brook. I would go back and forth to Manhattan during the week so that I could take the best LSAT prep course. It wound up being a two-and-a-half-hour trip to take a two-hour evening class. Sometimes, I would have to sleep in the city and take an early train back to make it to my morning classes. It was a tricky balance, but I knew it was so critical.

I spent four hours taking a practice test in the stacks of the library everyday. I remember the desks overlooking the Staller Center so vividly. That was extremely hard – especially during Homecoming, when I wanted to be having a good time with my friends.

In the end, it was all worth it, and I think those moments at Stony Brook remind me of what I’m really capable of. I think about how I was able to study for the LSAT while juggling school, acting as an RA, and also working desk patrol in West Apartments. I think back to those times when things get tough, and I think, “You can do it.”

That same year, you gave a truly inspiring speech as the selected student speaker at your Commencement. What was that like for you?

That was so exciting. It was my first big speech in front of a crowd that size. It was really amazing. Beforehand, I was able to meet with President Stanley, as well as members of the board. My parents were so proud. It was the perfect way to end my college career – to have an opportunity to empower myself and my classmates for the next step in our journey. It really prepared me to speak in front of larger crowds. I went on to speak at the Chicago Women’s March in front of about 300,000 people.

Much of the sentiment of your speech still rings true for students, but with your experiences today, what advice would you give to a student looking to follow in your footsteps?

I would tell students to really tap into their limitless potential. There’s really nothing that they can’t if they’re willing to work towards it. It’s important to surround yourself with like minded individuals that will empower your dreams and goals, as opposed to being negative and cynical.

I think a lot of time negativity is masked as being realistic or pragmatic and that’s really unfortunate. For me personally, I’ve had these high expectations and big goals that some people would deem as unrealistic. I try to block out the negativity and only surround myself with a network of individuals who also have big goals – and I think this has been one of my biggest assets.

Also, I think that visualizing your dreams is such a powerful tool.  I create a visual board every year – I have one in front of me right now. I remember at Stony Brook I would have a Harvard Law School Sweatshirt pinned to my wall in my dorm room as a reminder of the career path I wanted to take. Ultimately, I would go on to Chicago Law School.

It really all comes down to visualizing your goals and surrounding yourself with people who will support you on your journey, especially at a young age when there are still those insecurities. I’m still in my twenties and it’s such a challenging decade. You’re still trying to figure yourself out and you’re questioning yourself and it’s completely normal, everyone goes through it. That’s why it’s so important to surround yourself with people who support you.

You actually graduated with a double major in German Language and Literature and Political Science. What attracted you to these vastly different areas?

I lived in Germany as a child. I spent about a year and a half there because of my dad’s job. I went to an all-German school, not knowing the language, and I became fluent. So, when I came back at age 11, my mom sent me to a German school on the weekends so that I could maintain my German. Then, in high school, I continued to study the language. It just made sense to continue that process in college, and I’ve always been fascinated by German Literature.

Actually, a lot of my German studies intersected Political Science as well as my minor in Middle Eastern Studies. My thesis was written in German and it focused on the political aspects of the country, specifically the integration of Muslim people in Germany. They did have a lot of racial- ethnic tension, so I examined that and it was a great experience. I love political science, so it was great to look at the way that countries interacted with each other and the impact that it had on the lives of everyday people.

Do these experiences still play a role in your work today?

It’s funny, I’m actually going to Germany in a few weeks for my job. I’m going to visit their youth prisons, to better understand their justice system. Juvenile justice is very different there than it is here. Norway and Germany are the countries that are the most humane to people that are incarcerated. So, I’m trying to bring back those kind of principles to the United States. It’s something that I’m really looking forward to doing.

In addition to your time in Germany, you’ve also spent time in Africa leading initiatives on women’s health and sexual violence. What inspired you to tackle these issues?

It’s interesting, media plays a huge role in a lot of the initiatives that I take. When you read an article about something that’s going on in a different country, you can’t help but feel compelled to do something about it – and I’m one of those people that actually does something.

I had read an article that mothers in Malawi were dying in childbirth, due to postpartum hemorrhaging – an issue that could be prevented by ventilators. Malawi is where my parents are from, and it holds a dear place in my heart. So, when I learned that the maternity wards there didn’t have enough ventilators, I knew I had to do something about it. I raised the money, bought the ventilators and delivered them personally. It was a great experience.

Media also played a huge role in pushing me to tackle sexual violence in Africa. I read an article about a young girl who contracted gonorrhea from her father. It’s crazy what people go through, not only in Africa, but throughout the world. I just felt so compelled to address this and to empower women to report sexual violence. I wrote a paper in law school about the way that countries like Malawi have treaties to prevent sexual violence, but unfortunately their judicial system does not protect the rights of women. There’s a lot of work to be done; I get stressed just thinking about it.

What are you most proud of in your career?

That’s a tough one. It would have to be a tie between the service trip I coordinated to Malawi and writing the legislation that requires School Resource Officers to undergo Youth-specific training. I wrote the bill, lobbied it, and ultimately got people to vote for the bill which passed and was signed by the governor, all while being mother to a three-year-old. That took a lot. I had to travel to Springfield and stay there every Tuesday through Thursday. It was a difficult time, but I got it done.

You mentioned you’re a mother, you’re an elected official and you’re a Policy Advisor for Juvenile Justice in the Cook County State’s Attorney’s Office. How do you juggle it all?

You know what, I’m still trying to figure that all out. It does take some sacrifices. Today I have work to do, but I still have a children’s birthday party to attend. I’m learning how to juggle, but I can’t say I’ve mastered it. It’s something that results in me not spending as much time with my son as I would like to, but I’m working on that. I think it’s important for me as a mother to cherish every moment with my son, especially when he’s at an age where he still wants to hang out with me.

So, what’s next for you? What are you working on now?

I wish I could say, but I have this rule that I don’t share what’s on my vision board. It’s like making a wish in the fountain. I’m not superstitious, but I’m very guarded about my dreams. I usually don’t tell people until it’s done. I will say, I have a project that I’m working on that should hopefully be released later this year, so look out for that.