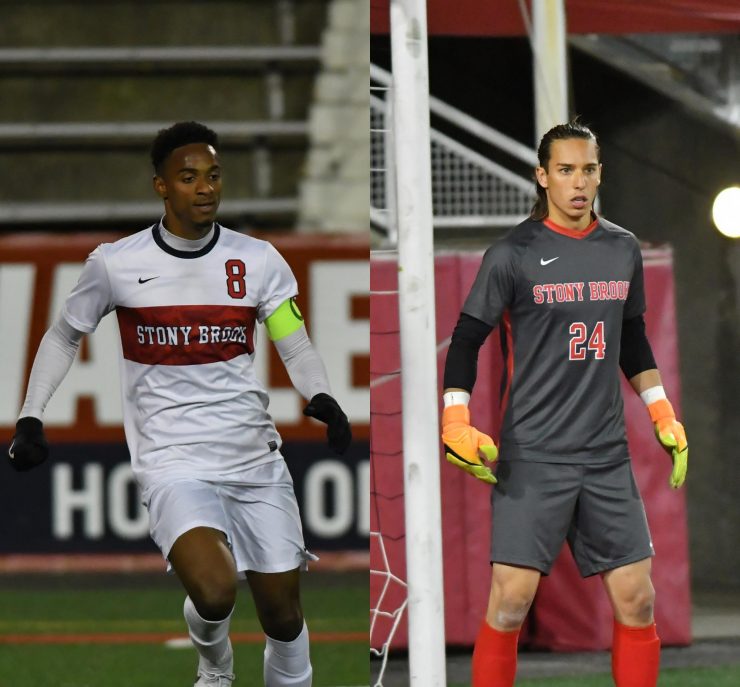 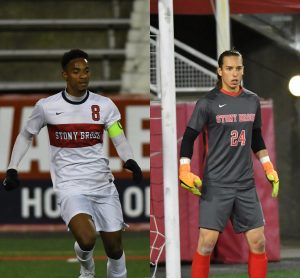 After a regular season that saw the Stony Brook men’s soccer team win the America East Regular Season Title, six different members of the team earned eleven all-conference honors. The awards were announced by the league on Friday afternoon.

Watson was named America East Midfielder of the Year, while also appearing on the America East First Team and the All-Academic Team. The defensive midfielder started in every contest this season, scoring twice and dishing out seven assists, second-best in the conference. A member of the 2015 All-Rookie team, Watson picked up a season-high three points when he scored and had an assist in a 2-1 win over Binghamton on October 6. The business management major owns a 3.38 GPA.

Gamwanya, who was named America East Offensive Player of the Week three times, tallied six goals and three assists this season. The Norway native scored both goals in the Seawolves’ come-from-behind victory over St. Joseph’s on September 5. This is the senior’s second appearance on the America East First team.

Dass made a late surge to tie Gamwanya for the team-lead with six goals. The junior scored in each of the Seawolves’ last three contests, while also dishing out three assists throughout the year. This is Dass’ first appearance on the America East First Team.

Along with Miesch, junior Gustavo Fernandes (West Babylon, NY) was named to the America East Second Team. Fernandes scored four goals this season, including the equalizer late in the second half in a 2-1 victory over Bryant on September 15. Fernandes also led the Seawolves’ defensive effort that allowed only 18 goals this season, third-best in the conference.

Jack Valderrabano (New York, NY) appeared with Miesch on the America East All-Rookie Team. Valderrabano made 11 starts this season, scoring a goal and assisting on another. The freshman’s goal was the game-winner in the Seawolves’ 1-0 win over UNH on October 13.

The Seawolves’ coaching staff was named America East Coaching Staff of the Year. Led by head coach Ryan Anatol, the staff led the Seawolves’ to its second America East Regular Season Title in three years. The Seawolves lost just one conference game this season on their way to earning the No. 1 seed in the America East Tournament.