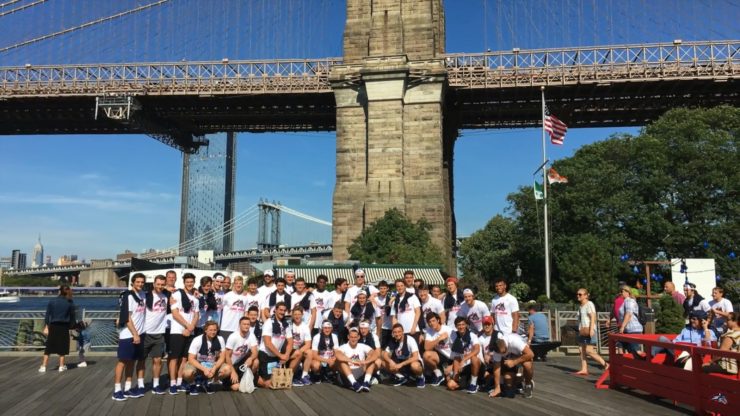 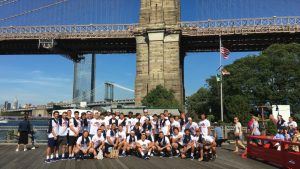 Members of the current Stony Brook men’s lacrosse program joined with former Seawolves to participate in the 2018 Tunnel to Towers 5K Run/Walk that took place on Sept. 30.

The Seawolves’ lacrosse family, past and present, donned shirts that read Ryan with the number 28 to honor former Seawolf John Ryan, who lost his life on Sept. 11, 2001.

The Tunnel to Towers is a foundation whose mission to is to honor the sacrifice of firefighter Stephen Siller who laid down his life to save others on September 11, 2001. They also honor our military and first responders who continue to make the supreme sacrifice of life and limb for our country.

The 5K Run & Walk was created to retrace the final steps of Siller, a New York City firefighter (FDNY) after he strapped on his gear and ran through the Hugh L. Carey Tunnel (formerly known as the Brooklyn Battery Tunnel) to the Twin Towers.

The Run & Walk Series pays homage to all first responders and service members who made, and continue to make, extraordinary sacrifices in the line of duty.