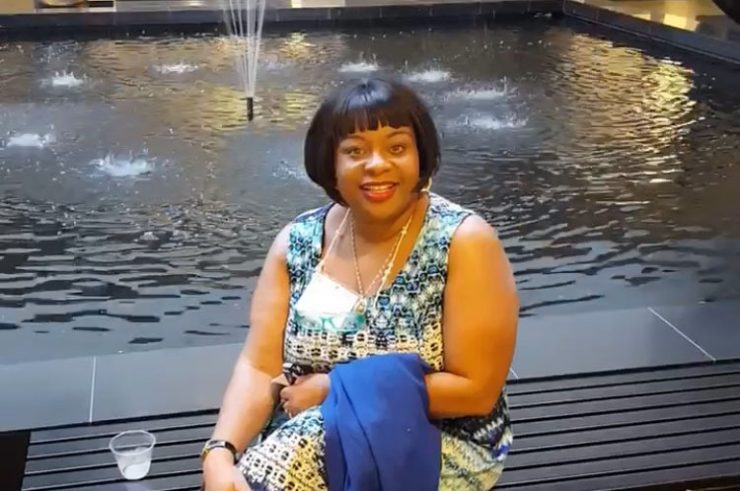 When Linda Hobson Heath MSW ‘08 secured a $2.8 million FEMA mitigation grant for her community, she didn’t realize the magnitude of what she had done.

It wasn’t until journalists began to call her that she came to the realization that, until that point, only two other communities of color had ever received a mitigation grant.

When 13 homes on Horton Avenue in Riverhead flooded, the sociopolitical implications of the grant never crossed Linda’s mind. All she knew was that she needed to do whatever it took to secure the grant for her neighbors. And she did.

For the School of Social Welfare alumna, helping others is what she loves to do, and when her community was in need, she stepped up.

Your work securing a FEMA mitigation grant for the homeowners on Horton Avenue resulted in a monumental victory after over two years of hard work. Can you tell us more about what went into this?

The FEMA mitigation grant was a result of a flood on Horton Avenue which damaged 13 homes. It was a long process. We were denied twice through the regular FEMA procedure before we were informed that there was a process through mitigation where you could receive a grant. In order to pursue that, we had to get the town, the county, the state, and everyone to agree that we would apply for a grant. It was a long process with a big stack of paper. So, we started on that route and it worked out. Believe it or not, only six months ago, I found out that only three communities of color had ever won a mitigation grant. That really shocked me. Charles Lane, who writes for the CNN, found out that we had received one and he contacted me trying to figure out how we had done it. But in doing it, I hadn’t realized the magnitude of what I’d done. It felt really good, especially nine years out.

What was it like for you to lead this effort?

It was a lot of work, a lot of community organizing. I had done this type of organizing before the storm had happened, but it allowed me to bring all of my education from Stony Brook, my church life and my love for my community all together in a major push to organize the residents. Many of them are seniors, who had retired. Some didn’t read or write very well. So, it was a lot of work, but I always had a love for my community and a love for Horton Avenue. My family had been on Horton Avenue for more than 50 years.

What was the response like from your community when the grant was secured?
It was joyous. It took a long time with many ups and downs. We had three or four denials. People were getting tired, thinking that it wouldn’t happen because it had taken so long. For the 13 residents who lost their homes, it was a sense of new hope, which was the most fascinating thing about it. It was overwhelmingly joyous.

Of course, as a Social Worker, you’re no stranger to helping others. Can you tell us a little more about the work you do?

I worked for AHRC (Association from Habitation and Residential Care) for 25 years. I worked with residents with developmental disabilities. Three years ago, I retired from AHRC and I got a job at Sunrise Senior Living. Now I work with residents with Alzheimer’s disease and Dementia.

In the evenings, I also work with senior citizens in my housing community and help them with their medications and getting what they need. This began after losing my home on Horton Avenue. I moved into temporary housing in Glenwood Village, which is a retirement community in Riverhead. After the grant came through, though, they grandfathered me in because, obviously, I’m not 65.

How did you find this as your calling?

I’ve always loved to help people. I grew up watching my mom take homeless people in from the streets and get them back on their feet. One homeless gentleman used to sleep in our backyard because my mom would feed him. Then one day, she invited him in. He ended up living with us for 20 years. His name was Ronnie Faison and today he’s buried in our family plot. So, I’ve always seen my family help people and help the community.

With kindness and generosity so ingrained in your blood, you’ve spent much of your life helping others. What was it that made you decide to take the leap and go for your MSW at Stony Brook?

I was at a point at AHRC where I wanted to do more. I had been there maybe 18 years and I had hit a plateau. I knew Frances Brisbane from church. She was the Dean of the School of Social Welfare at the time and she would always keep my mind going and push me to the next level. It prompted into looking into more education. I think it was Frances’ connection to me that made me go back to school and it was her connection to Stony Brook that led me there.

Since graduating in 2008, you’ve remained an active member of the campus community. What role has Stony Brook played in your journey?

A lot of times, when people come to school, they get their education and then they leave and don’t ever contribute or give back. I’m not necessarily talking about financially, I mean coming back, showing your face, encouraging the students behind you. It’s so important to stay connected to what’s going on with Stony Brook in the local community and worldwide. Stony Brook is doing things all over the world and I think that sometimes, students don’t always engage in that way. Participate, volunteer, maybe serve on an alumni board. If people did that, they would find their education more fruitful. An education is not just two years or four years — an education is for life.

What piece of advice would you give to students looking to follow in your footsteps?

I would definitely say, “Do it.” The relationships that you build and the networking that you can do is unlimited. You can do what you want, go where you want and be what you want through your connections at Stony Brook. If you’re dissatisfied with something in your life, whether it’s personal or professional, there’s always someone there that you can bounce things off of. Every time I come here, there are always updates on so many things, from job openings to what’s happening in Madagascar.