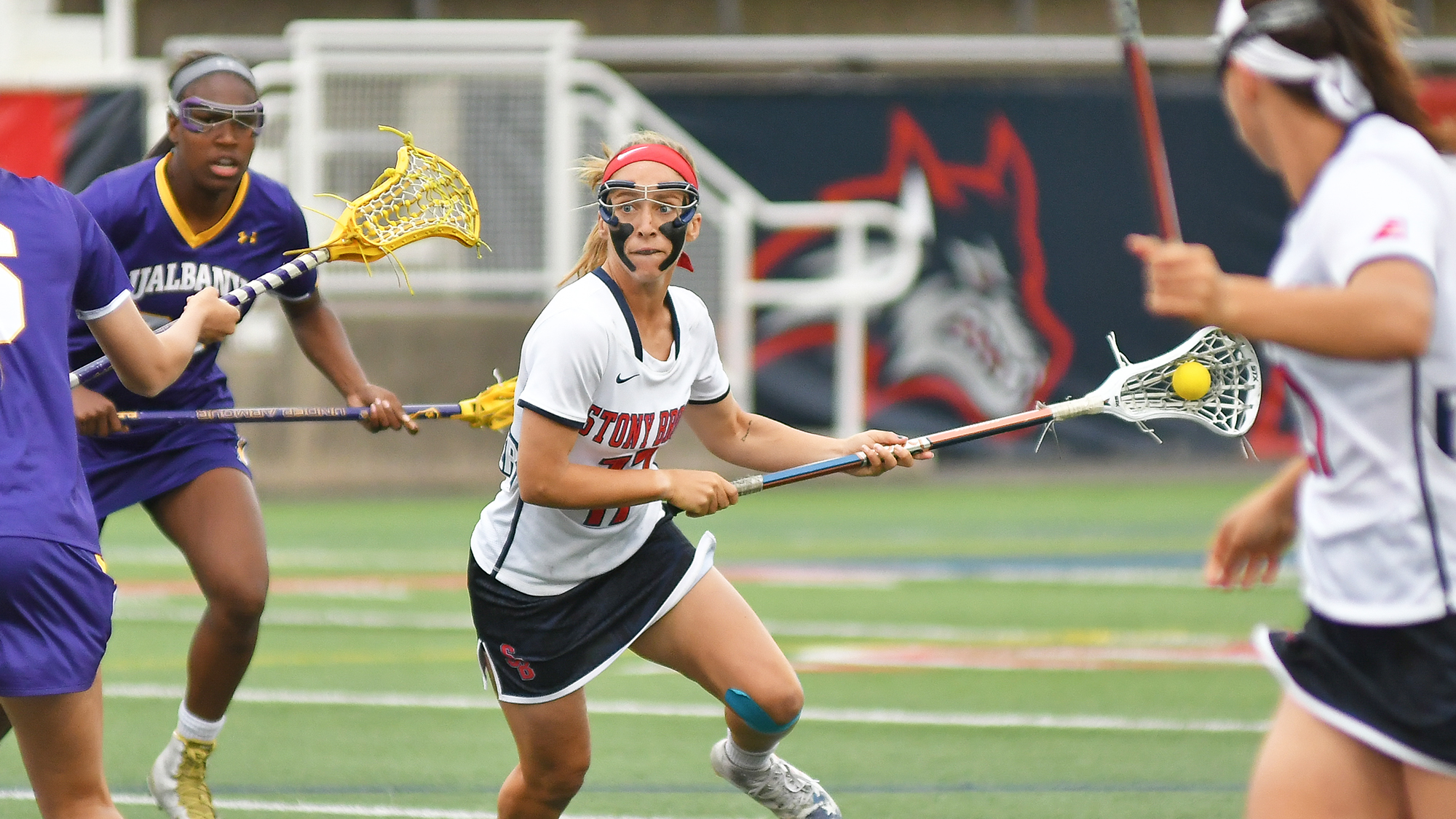 Ohlmilller recorded a nation-leading 157 points in 2018, helping Stony Brook achieve its first No. 1 national ranking in program history. She was selected as America East Offensive Player of the Year, has been tabbed an IWLCA All-Region First Team player, and was selected as an Inside Lacrosse Division I All-American last week. Ohlmiller finished her four-year career with the Seawolves posting an NCAA-record 498 points and 246 assists. She also owns the NCAA single-season record for points (164) and helpers (86).

The Islip-native was selected as a 2017 and 2018 Tewaaraton Award finalist during her time with the Seawolves. She graduated with a 3.24 GPA majoring in sociology, and is devoted to several youth lacrosse initiatives including Play It Forward and Challenger Lacrosse.

Ohlmiller and the Seawolves finished second in the annual America East Commissioner’s Cup – which recognizes the strongest athletic program in the conference as determined by a scoring system which rewards a school for success both during the regular season and championship competition in the conference’s 18 sports.