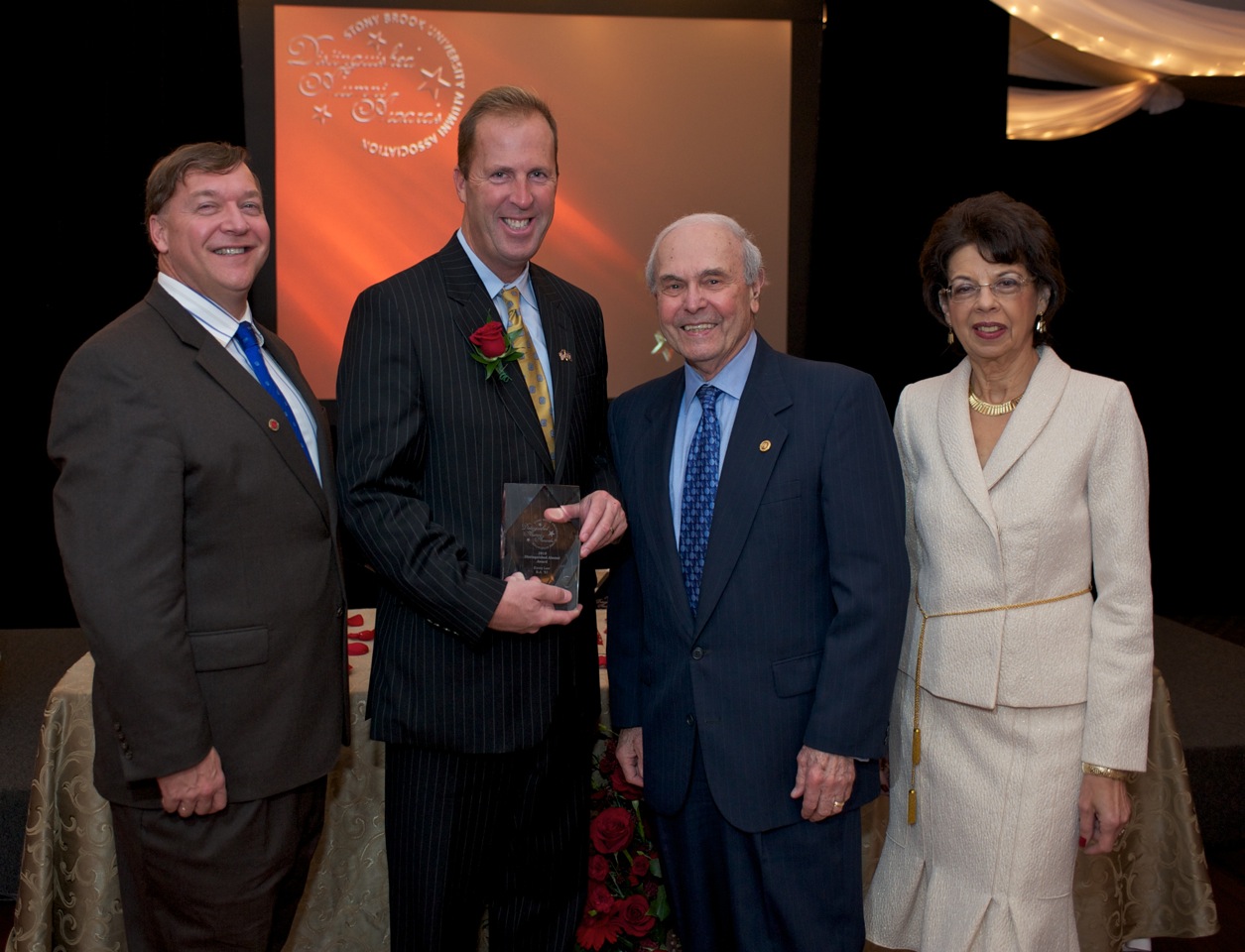 Kevin Law received an associate of arts degree from Suffolk County Community College; a bachelor of arts from Stony Brook University; a master of science from the Graduate School of Urban Affairs and Planning at CUNY, Hunter College; and his Juris Doctor from St. John’s University School of Law.

Law loved his undergraduate years as a political science major at Stony Brook University. To this day, he still counts renowned Stony Brook faculty such as Lee Koppelman, Mark Schneider, and Helmut Norpoth, among his mentors.

Just this year on September 7, Law began his tenure as president and CEO of the Long Island Association, New York State’s largest business organization. He intends to focus his efforts on creating a better business climate on Long Island in order to create the new jobs our region so desperately needs and to help unify the region to help strengthen Long Island as a place to live, work, and do business.

Previously, Law served as president and CEO of the Long Island Power Authority (LIPA), the second largest public utility in the country with more than 1.1 million customers, where he laid the foundation for a clean energy economy.

Law demonstrated leadership in the areas of energy efficiency and renewable energy by launching Efficiency Long Island, the largest energy efficiency program for any public utility in the country, by procuring a 50MW solar energy project, which will be the largest solar project in New York State. As CEO, he oversaw an $11 billion company with a $4 billion annual operating budget. He brought rates down to a five-year low and secured LIPA’s first bond rating increase.

Prior to LIPA, Law served as chief deputy county executive and general counsel for Suffolk County, New York, which is the ninth largest county in the country with a population of 1.4 million people. In this capacity, he had direct oversight of all county departments consisting of more than 12,000 employees and a $2.7 billion budget.

Earlier in his career, Law was the managing partner of the Long Island office of Nixon Peabody LLP, an international law firm with more than 800 attorneys. Here he focused his practice in matters relating to all facets of environmental and energy law. Before joining Nixon Peabody, he was the director of real estate for the Suffolk County Department of Law, where he administered the Pine Barrens, Open Space, and Farmland Preservation and Acquisition Programs.

Now, more than 25 years since his time as a student at Stony Brook, he has come back to campus in a very different capacity. In 2009, he was appointed by Governor David A. Paterson as chair of the Stony Brook University Council.

Together with President Samuel L. Stanley Jr., M.D., the Council helps to promote the University’s mission to provide accessible quality education, promote the development of the local economy, and work with SUNY, its Trustees, legislators, and the Governor to meet the goals and mission of the University. As an alumnus, Law finds this role a great way to give back to an institution that helped him get to where he is today.

Law and his wife Elizabeth reside in St. James, New York, and have two boys, Gregory and Matthew. In his spare time, he enjoys golf, baseball, and reading biographies. And despite being a New Yorker, he remains a die-hard Boston Red Sox fan.