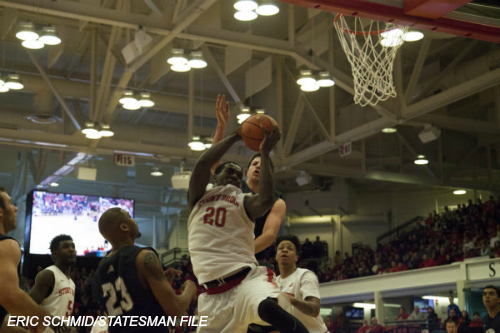 Stony Brook Athletics will retire former Stony Brook Men’s Basketball star and three time America East Player of the Year Jameel Warney’s No. 20 jersey. The halftime ceremony will take place during a game between Stony Brook and Binghamton on Feb. 18, when a banner will be unveiled at Island Federal Credit Union Arena.

Warney is the second player in Stony Brook history to have his number retired. The first was baseball star Joe Nathan whose No. 22 was retired in 2006.

“Obviously, it’s a great honor,” Warney, who will be in attendance for the ceremony, said in a phone interview. “There’s two of us, so it’s a really small group of retired numbers. I’m honored. I’m happy.”

During his four years at Stony Brook, Warney was a standout player. He is one of 108 players in NCAA history to score 2,000 points and grab 1,000 rebounds. He was an AP All-American honorable mention in his senior year.

Most importantly, Warney led the Seawolves to their only NCAA berth. He scored 43 points, the most in school history, to help Stony Brook beat Vermont in the 2016 America East Championship game.

Warney currently plays for the Texas Legends of the NBA Developmental League. He played for the Dallas Mavericks during the NBA Summer League. He is averaging 14.7 points per game and 6.6 rebounds per game with the Legends.