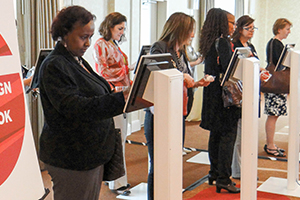 Faculty, staff and student workers across campus attended an on-campus ice cream social fundraising event on May 12 at the Hilton Garden Inn. All sat in rapt attention as one of Stony Brook’s most loyal faculty donors, Frances Brisbane, PhD, vice president of Health Sciences Workforce Diversity, spoke about giving back to Stony Brook. 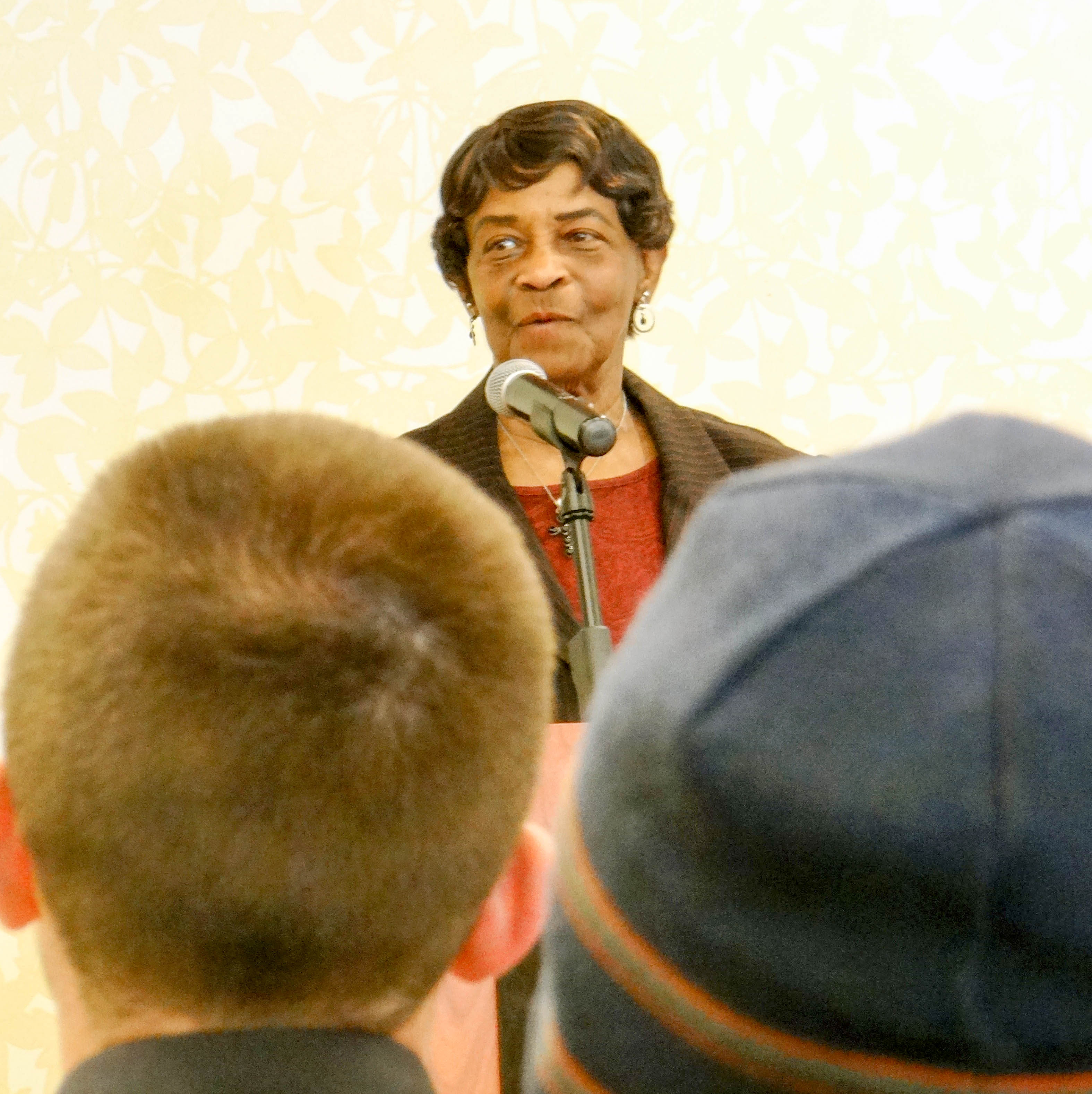 “Because I want to live in a way that builds a legacy of caring, I realized that my reputation is determined by others, and they base it on what I do and what I do not. My intentions don’t count,” the 44-year Stony Brook veteran said. “I want you to know that I do not give because I have lots of money. In fact, I do not,” Brisbane said. “Without any shame, I love the way the receivers of my giving make me feel.”

Dr. Brisbane’s inspirational talk — her first public address about her philanthropy to Stony Brook — motivated many to give to the Campaign for Stony Brook for the first time.

The event brought in 26 new gifts from attendees for a total of $854, though that number is expected to grow as 10 of those gifts were created as annual payroll deductions. Throughout the 2015–2016 academic year, $1.4 million has been given by 1,323 faculty and staff.

“The wonderful thing about a place like Stony Brook is that there are so many opportunities to make a difference, where you can invest,” said President Samuel L. Stanley Jr. “Not only do you work and give your all here, it’s also the extra support you give that shows the world how much you care and believe in the University.”

“The stories we tell come from your efforts,” said Senior Vice President Dexter A. Bailey Jr. “From research and education to healthcare, all the things we are doing on this campus are making a difference in people’s lives, and changing them in a positive way.”

Angelica Scanu ’16, sociology major and business minor, is one such student who found her way to Stony Brook via scholarship. It was only through philanthropy that she was able to attend the University of her choice for a cost less than her native Colorado’s in-state tuition.

“I’ve learned that there are so many other students who are in the same situation that I’m in,” Scanu said. To repay the favor, she decided to give back to Stony Brook by working at the student calling center and later for those heading Stony Brook’s annual fund. “I’ve realized how valuable every single donation is. I’ve also learned that large corporations don’t just look at alumni participation, they look at faculty and staff participation. If you’re willing to invest, they might as well.”

Adrienne Unger, program coordinator of the Humanities Institute at Stony Brook stood at the mobile terminals available to make a gift during the event. “One’s inability to pay for college should not be a hindrance for them to go,” Unger said. “This is one small way for me to help people pay for school.”

Patricia Aceves, assistant provost for Academic Assessment and Technology-Enhanced Pedagogy, couldn’t agree more. “We can only get so much support from the state and government in tuition dollars. It takes giving from a whole community to add to the quality of life at Stony Brook that all students, faculty and staff happily experience,” she said.

Brisbane summed up the event in three words. “Giving is living,” she said. “I’m passing it forward. I believe, and live by that motto.”

Dollars raised at the event will count toward the Campaign for Stony Brook goal of $600 million by 2018. To date, more than 37,500 donors have participated in the Campaign and more than $445 million has been committed toward the goal. Make your contribution today.