By Andrew Kahn
Coming off a junior season in which he led the America East conference in strikeouts, Tom Koehler, ’08, expected to get drafted by a Major League Baseball team. His fastball was clocked at more than 90 miles per hour and he had an above average breaking ball. Opposing hitters called his repertoire of pitches “electric.” And yet, through 50 rounds and over 1,400 players, his name was not called. That’s when Koehler dedicated himself to physical conditioning, realizing his weight and stamina were the missing pieces in his quest to become a professional baseball player.
On Sunday, nearly 100 family members and friends—from both the Stony Brook community and Koehler’s hometown of New Rochelle, NY—came to Citi Field to see the results of his dedication that started in earnest six years ago, as Koehler started for the Miami Marlins against the New York Mets.
On the day after a 20-inning game between the two teams, Koehler gave the Marlins bullpen a much-needed rest, pitching seven strong innings in an 8-4 Miami win. It was his seventh major league start. In 12 appearances this season, six as a starter, he has an impressive 3.91 earned run average.
Stony Brook head baseball coach Matt Senk first saw Koehler pitch in the fall of his senior year at New Rochelle High School and was immediately struck by his power arm and competitiveness. Even as a freshman in college Senk felt he had the skills to become a major leaguer. By the time he graduated with a major in history, he was second in school history in innings pitched and third in strikeouts. “He was somebody I could always count on to want to take the ball and set the tone for a series,” Senk said. He stressed Koehler’s consistency but noted the 2008 America East conference tournament, in which Koehler dominated the opener en route to a Stony Brook championship, as an example of a clutch performance.
After being snubbed in the 2007 draft, Koehler committed himself to getting in the best shape of his life, working daily with Stony Brook strength and conditioning coach Nick Kolb. With his stamina and strength vastly improved, scouts who had been skeptical liked what they saw during his senior year; the Marlins selected the 6’3”, 235-pound right hander in the 18th round of the First-Year Player Draft in June 2008.

After three minor league seasons, his breakout year came in 2010 while pitching for the Jacksonville Suns (AA). He went 16-2 with a 2.61 ERA for a championship team and was named the Southern League’s Most Outstanding Pitcher. That earned him a spring training invitation with the big league club, though he spent all of 2011 in AAA in New Orleans. He made his major league debut on Sep. 5 last year in Miami against the Brewers in relief. Several strong performances earned him a start in the season finale at home against the Mets.
Pitching in New York on Sunday had a special vibe, even though Koehler grew up a Yankees fan. “When I walked out there and saw a lot of familiar faces it was exciting,” Koehler said. “But when the game started it was all about the game. I got in my zone.” At one point, he retired nine batters in a row. His final line: four runs, two strikeouts, one walk, and a career-high 101 pitches. Four of the six hits he allowed did not leave the infield.
“Today was a perfect example of what’s he’s done for us,” Marlins manager Mike Redmond said. “He gets in a bit of a jam early in the game but he endured and battled and gave us seven innings. We didn’t have to use any other pitchers [before the eighth]. That was huge. For me, that was the game.”
Koehler also delivered his first major league hit. “That’s when I noticed how many people were there cheering for me.” Outside of the locker room after the game, he met with his parents, sister, and wife, the former Ashley Westphal, ’08, a star softball player for the Seawolves. He gave the ball to his dad.
Koehler, who will turn 27 on June 29, is just the second player from Stony Brook to reach the major leagues; the other is pitcher Joe Nathan, ’97, currently with the Texas Rangers. A whopping seven Seawolves were chosen in the 2012 draft, upping the odds of that list growing in the near future. As Koehler has shown, it takes an intense commitment to reach that level. He transformed himself into one of hardest workers in the Marlins’ minor league system, according to one teammate. In college he simply threw as hard as he could; now he outthinks hitters—while still bringing mid-90s heat.
Already thinking like a veteran big leaguer, Koehler’s focus after Sunday’s game was on his next start. “Even if you have a bad day, there are a million people who would like to be in your position. I just try to take advantage of every opportunity.”
Andrew Kahn is a freelance writer in New York City. He has written for The Wall Street Journal, Newsday, and CBS Local, among others, and blogs at http://andrewjkahn.com/. He can be reached at andrewjkahn@gmail.com or on Twitter at @AndrewKahn. 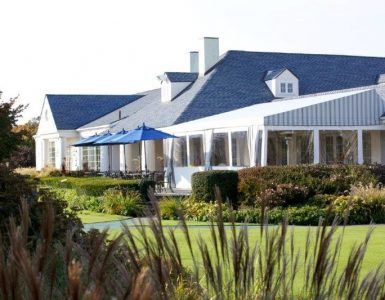 Join us no matter your location, skill level or calendar with either in-person or remote options!