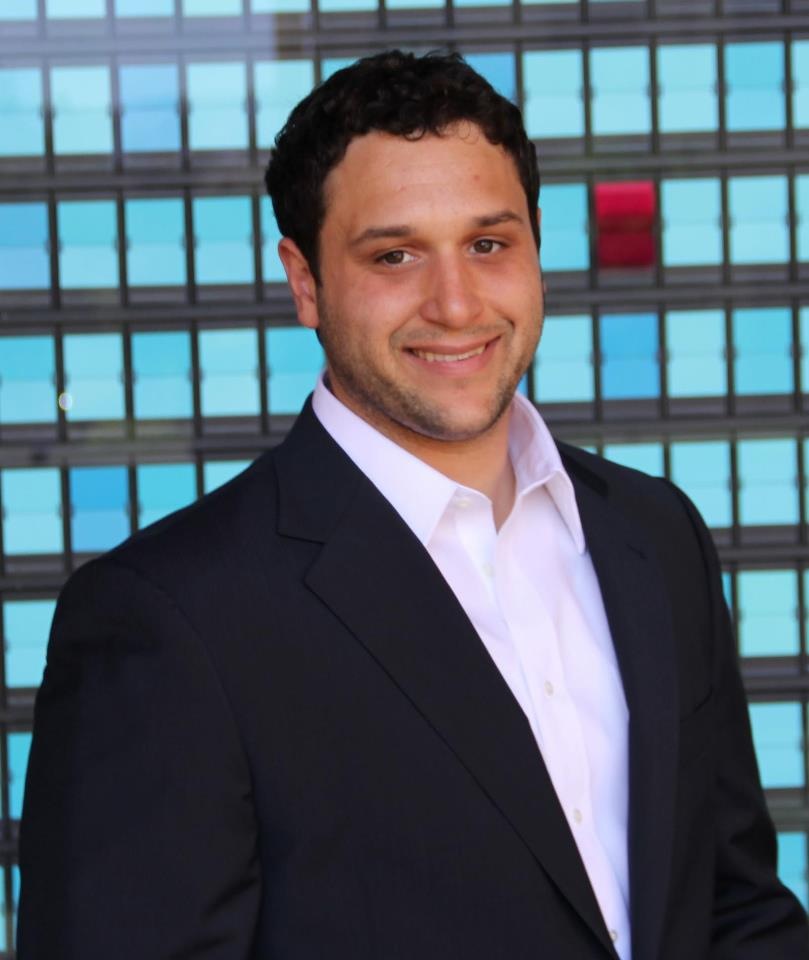 Students who quit high school don’t often get the opportunity to change the world. Twenty-six-year-old Dennis Negron ’11 appears to be one of those exceptions.

Abandoned by his parents at birth, Negron, from Deer Park, New York, was raised by his grandmother until he was 15, when she became too ill to serve as his guardian. That led to his living in a series of group homes operated by a Long Island non-profit, Family and Children’s Association, from ages 15 to 20.

He eventually dropped out of school at 18 — seemingly heading in the wrong direction.

Negron attributes his stay at one of the group homes, Walkabout, for helping him to regain his focus.

“The program was very structured,” he said. “I was required to work 40 hours a week, pursue my GED and save most of the money I was making. We were asked to set three-month goals, and at first I didn’t take that seriously. A social worker, Tracy Catalanotti, sat with me for hours asking questions I’d never been asked before, such as ‘What do you want to accomplish?’ and ‘Where do you see yourself in five years?’ It was this type of prodding that forced me to think about what I wanted out of life and how I intended to go out and get it.”

Negron’s first job was at 17, as a cold caller for a small mortgage company. With a GED and some sales experience, he started applying for sales jobs on CareerBuilder.com. Negron then got a job as a cold caller at a small stock brokerage firm that was willing to sponsor him for the Series 7, a standard licensing exam within the financial industry. Negron passed the exam and became a registered stockbroker.

Eventually he was hired by Citigroup as an intern in the Smith Barney division. Within a few months he turned his internship into a full-time position, and for the next five-and-a-half years continued to move up in the organization. It is during this period that Negron began attending Stony Brook University at night.

“Citigroup had a small reimbursement program, but I paid the majority of my tuition,” he said. Negron graduated at 24, summa cum laude, with a 3.94 GPA in business. While at Stony Brook, he researched private sector solutions to poverty in India. The idea evolved while he was taking a social entrepreneurship course that examined ways to build business while solving real-world problems. “I was really inspired by the course,” he said. Professor Tim McHeffey and I kicked around ideas on how the research would be structured, and once we had a solid foundation I decided to use my vacation time from Citigroup and breaks at school to travel to India. It was an eye-opening experience.”

After seeing the living conditions in India firsthand, he began merging his academic learning with his career experiences. He pursued courses in finance and banking, social entrepreneurship and business ethics. Negron also drew from his experiences as an investment consultant for Citi Personal Wealth Management and later at Citi Private Bank, where he structured wealth management strategies for high net worth individuals and worked on institutional retirement plans. “The skills I could apply to developing countries weren’t necessarily wealth management skills, but knowledge of basic banking and banking distribution general strategy work I’d been a part of,” he said.

After completing his business degree at Stony Brook, Negron applied to the Stanford University Graduate School of Business (GSB) to pursue his MBA because he wanted to be immersed in Silicon Valley culture, he said.

At Stanford, Negron spearheaded a fundraiser called GSB Gives Back and secured a $20,500 grant for Family and Children’s Association, the Mineola, New York-based nonprofit agency that runs some of the group homes in which he lived.

In addition to helping raise funds, Negron wants to help Family and Children’s attract talented young business people. “There is a huge talent gap for small non-profits,” he said. “There are so few talented individuals willing to take on these responsibilities for low or no pay. It’s a vicious cycle. The non-profits can’t pay for top talent, the talent gap prevents growth in fundraising, and they are left with budget shortfalls and a continued inability to attract talented business leaders.”

Family and Children’s Association offers its residents the opportunity to apply for college/trade school scholarship through its Scholarship Fund program, which helps students continue their education and become self-supporting adults.

“I’m motivated by the people who invested in me,” said Negron, “including my grandmother and strangers at Family and Children’s, who didn’t know me from Adam.”

Last summer Negron revisited his Stony Brook dream — he helped solve social problems and improve the lives of people living in developing countries through technology and infrastructure improvements. He spent the summer with First Pacific Group, an infrastructure investment company based in Hong Kong. He worked with the company’s technology incubator, IdeaSpace, in Manila, and conducted research on infrastructure in Myanmar related to energy and healthcare.

“My goal is to create a technology to help spark innovation in emerging Asian markets,” he said. “An incubator can foster mentorship programs and help entrepreneurs reach the next stages of company formation and growth by bringing Silicon Valley culture to emerging markets as well as provide legal advice, office space, networking with potential investors and customers, and fundraising advice.”

When he returned to the United States in September, Negron resumed work with another Stony Brook alumnus, Shashi Agarwal ’79, to build connections between prominent entrepreneurs, Northern California alumni and current Stony Brook students. “It’s all part of the same goal, to create opportunities for people to grow to their full potential — whether it’s a freshman at Stony Brook, a budding entrepreneur in the Philippines or a child in Myanmar who needs electricity to study by,” he said. “Everyone has the right to pursue opportunities, and I just want to help them in their pursuit.”