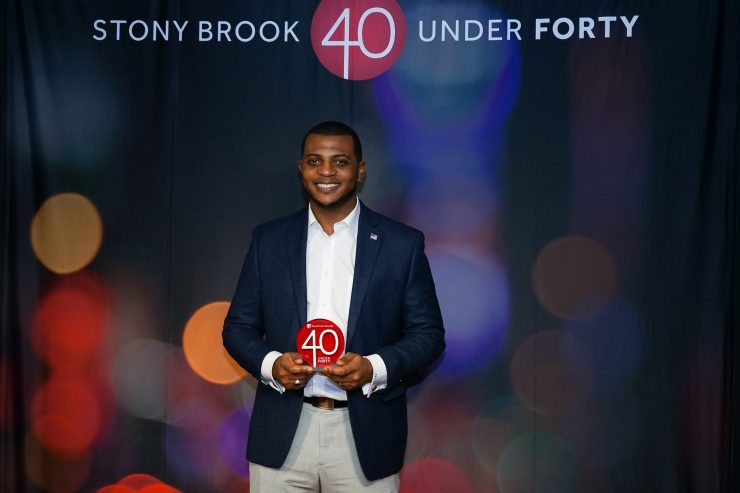 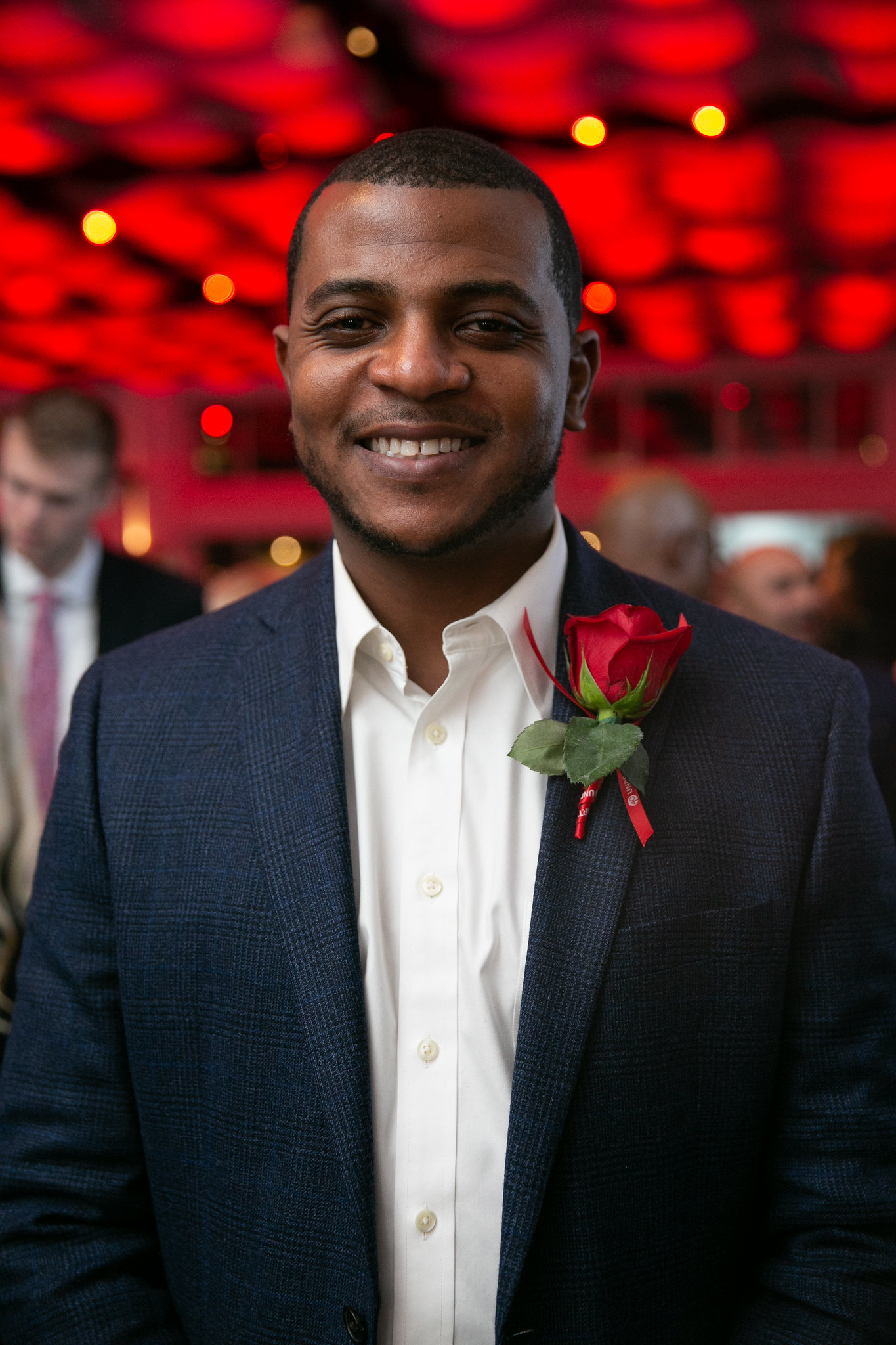 With the odds stacked against him, Franck D. Joseph II ’12 bet on himself.

After losing his father to gun violence at only ten months old, Joseph never let hardship hold him back. Less than a decade after his graduation, the 40 Under Forty honoree has strategically built a career in government and politics, at one time distinguishing himself as the youngest chief of staff in New York state. Today, at only 30 years of age, he boasts an impressive career serving his community as deputy commissioner for the NYC Commission on Human Rights.

Can you tell us more about your journey from Stony Brook to your current role as deputy commissioner for the NYC Commission on Human Rights?

After graduation, I met Congress Member Gregory Meeks by chance at a community meeting. This encounter turned out to be a pivotal moment in my career. We formed an instant connection, and he wound up inviting me to join his team as an intern. He was working towards re-election that year, and by helping with the campaign, I was able to get my name out into the community.I eventually met Donovan Richards, who was running in a special election for New York City Council. We had a lot of commonalities in our lives, so when he won that special election in March of 2013, he invited me to join his team as a community liaison. Within a couple of months, I was promoted to district manager, and soon after that, I became his chief of staff, where I was really able to grow professionally. This promotion eventually led to an opportunity with the NYC Commission on Human Rights. I started as their Queens director in March of 2016. Over the next few years, I was promoted multiple times before taking on my current position as the deputy commissioner for the Community Relations Bureau.

I’m definitely humbled by my journey and the opportunities I’ve had to grow. For me, that meant that all the people who guided me got their return on investment. When your mentors can see that you have applied their advice and worked hard, it means a lot. There were opportunities that presented themselves, but if I weren’t prepared, it wouldn’t have mattered.

Can you tell us more about the work you do with the NYC Commission on Human Rights?

The NYC Commission on Human Rights upholds the city’s human rights law. We take the legal cases of people who feel they’re being discriminated against. As the deputy commissioner for the Community Relations Bureau, I work with my team to educate New Yorkers on their rights. We also do a lot of programming for marginalized and underrepresented communities that are often left out of the discussion.

You’ve spoken about the role of mentors on your journey. Was there someone at Stony Brook who inspired you?

Definitely. If I said one person, I would be doing an injustice to so many others. Some key people who did help me along the way were Jerrold Stein, Susan DiMonda, Jeff Barnett, and Joseph Robinson Jr. They were people who believed in me. They knew that I wanted to go into public service and politics, and would always guide me and connect me to people. I was able to be very active on campus, but those are four people out of a collective who really helped me along the way.

You have to be willing to bet on yourself. There will be people who support you, but it doesn’t matter how much someone encourages you if you don’t believe in your next step. I had to trust in my academic career and my natural abilities and be willing to bet on my heart. I knew that my heart was in the right place and that my ambitions had good motivations. So, for me, early success came from being willing to put myself out there, being ready to build relationships, and put myself in situations that were outside of my comfort zone. I’m still growing, but I think at the end of the day, we all have to bet on ourselves. That’s when we find the most success.

What are you most proud of in your career?

I’m at the point in my career positionally, where I can be a mentor for others. Of course, we can be mentors no matter where we are in our careers, but I’m proud to have the resources to help connect the dots for people. Our experience builds weight on our mentorship and our guidance. I’m proud that I can do for others what my mentors were able to do for me. Congresswoman Ayanna Pressley once said, “I’m not here just to occupy space. I’m here to create it.”

You’ve also been recognized many times for your activism outside of the office. Can you tell us a little more about the work that you do?

My work is all interconnected. I’m part of my community board in Queens as well as the Rosedale Civic Association, where we advocate for our local neighborhood and make sure they have the resources they need. I’m also a social justice instructor for a program called Boys Hope Girls Hope, where we take students from different communities and give them an opportunity to go to an elite private high school. I want to help advance young people and make sure they understand the different ways that civic engagement and advocacy can make an impact on the world. That understanding will ensure that we have the brightest minds working as advocates in our communities and our government.

What advice would you give to the next generation of Seawolf?

Earlier, I spoke about the importance of betting on yourself. The most challenging part about that for people is the odds. When I was ten months old, my father was murdered when someone tried to rob him. My mom is an immigrant and a widow. So, we struggled a lot growing up. When I look at the statistics for a young black man who was raised by a single parent and had gun violence in their life, the odds were not in my favor. But you have to be willing to overcome the odds. When you’re able to do that, what comes out on the other side will shock you.

Every day, I’m surprised at what I do and where I am, not because I don’t think I’m qualified for it, but because of what the statistics are. I think people need to put the odds aside and think about things as if there was equity in this world, and we were all starting from the same point. You need to live your life and run this race with that type of confidence. I think doing that will help. It won’t negate the statistics or any difficulties you have, but it will help you stay focused. You need to be able to see your path and follow through. When we do that, the odds are forever in our favor.

There are a lot of things that people have floated my way as it pertains to politics and government. So, I’m looking at all different types of opportunities that may be there for me in the next few years. Honestly, though, I think what’s next is to continue to do an amazing job where I am now. If I do my best now, I’ll be ready for the next opportunity.