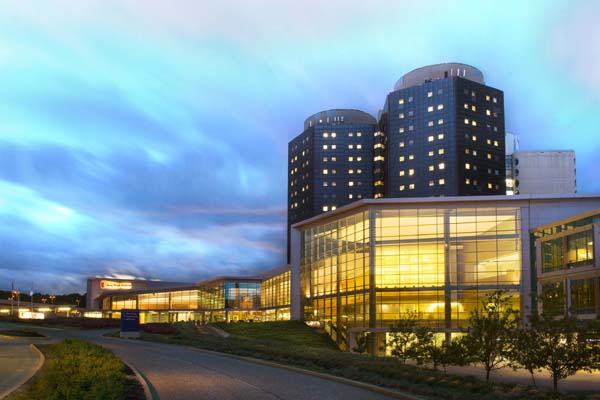 Alicia Stovell-Washington ’84, ’88 first encountered Aldustus Jordan at a meeting for minority undergraduate students interested in medical school. Jordan, the medical school’s Associate Dean of Student & Minority Affairs, spoke honestly. “I come to this event every year and you all don’t follow up,” he said. He questioned whether the students truly wanted to attend medical school. If so, “You need to make an appointment with me,” he told them.

It’s impossible to know how many students heeded his advice, but Stovell-Washington, a freshman at the time, did. Jordan gave her an article to read—perhaps from a medical journal or maybe a news story that mixed medicine with social justice issues—and told her to report back. She did, and they discussed the reading, an exercise designed to further Stovell-Washington’s knowledge base and develop her critical thinking skills. Jordan gave her another article to read and another discussion ensued. This went on for four years.
By her senior year, having read everything Jordan threw at her, Stovell-Washington was accepted into several medical schools, including Stony Brook’s.
Thinking she might go elsewhere, if only for a change of scenery, Jordan persuaded her to at least attend the Stony Brook interview. She did, got accepted, and decided to stay put. “It was the best decision I could have made,” Stovell-Washington said.
She is an eye surgeon in Chicago and the chair of the Clinical Governance Committee at the Bermuda Hospitals Board. Having achieved such success, she was the first to contribute to a fund that honors her former mentor: the “Dr. Aldustus Jordan Underrepresented Minorities in Medicine Endowed Alumni Scholarship.”
Her donation, $160,000 over five years, will cover the costs for one student to go through Stony Brook’s medical school. “I wasn’t given a substantial amount of scholarship money myself when I was a student, but I was given a great base from which to move forward,” Stovell-Washington said, explaining her desire to give back to her alma mater. “Stony Brook medical school believes in a systems-based approach to learning, which was important for career preparation.”
Recognizing the cost of education, appreciating the scholarships she received, and grateful she’s been able to pay off her student loans, Stovell-Washington wanted to pay it forward. Through Stony Brook’s Advancement Department, she encouraged her fellow successful alums to donate as well.
“The extraordinary leadership shown by Dr. Stovell-Washington and our alumni in creating this scholarship exemplifies the strength of the Stony Brook community,” said Dexter A. Bailey, Jr., Senior Vice President for University Advancement, “The fact that the scholarship honors Dr. Jordan, one of our most respected faculty members, only makes it more special.”
Naming the scholarship after Jordan, who has been at Stony Brook for 40 years, was an easy decision. “What he does for undergrads is unheralded,” Stovell-Washington said. “He makes them achieve a higher level than they would have otherwise. In medical school, he kept us focused. He said things your parent might say, but sometimes parents are far away or you’re old enough where you don’t always listen to parents. He helps young people develop into adults.”
Jordan was humbled by Stovell-Washington’s generosity. “When the idea of the scholarship was presented, Alicia was the first one to step up to the plate and did so in a very substantial way. That really got the ball rolling. She was and still is very motivated and sincere. When she was at Stony Brook, she talked about treating patients as people and always putting them first. She has always practiced that.”
Because of the Dr. Aldustus E. Jordan Underrepresented Minorities in Medicine Endowed Alumni Scholarship, more will have the opportunity to follow in her footsteps.
About Stony Brook Alumni Association
The Stony Brook Alumni Association is an independent 501(c)(3) organization that represents more than 150,000 Stony Brook University alumni nationwide and abroad. Established in 1965, the Association seeks to reach, serve and engage all alumni, students, and other constituencies to foster a lifelong intellectual and emotional connection between the University and its graduates, and to provide the University with goodwill and support.