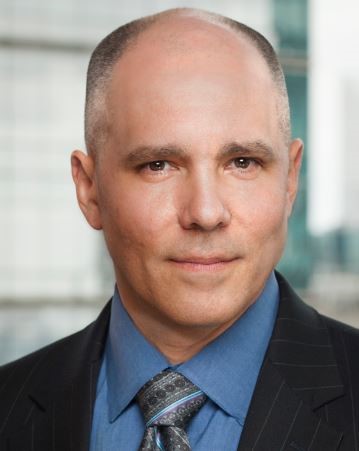 The sights and sounds of Homecoming may have been just a little bit sweeter than usual for Rob deBrauwere ’87.

After many years as an actively engaged alumnus — including work on the College of Arts and Sciences Dean’s Council and as leader of the Stony Brook Alumni Association’s New York City chapter — deBrauwere was elected in June as President of the Alumni Association Board of Directors, and this past month marked his first Homecoming leading the Board.

A partner at Pryor Cashman, LLP, where he specializes in Digital Media, Intellectual Property, Media & Entertainment and Litigation, deBrauwere also sits on the board of the Long Island Music Hall of Fame. Both roles have deep roots in his time at Stony Brook, where he spent much of his time outside the classroom working with the renowned artists who came to the campus to perform.

Recently, deBrauwere took time to discuss his work as Alumni Association Board President, as well as Stony Brook’s influence on his career.

This was your first Homecoming as President of the Alumni Association. How different was it coming back in that capacity, compared to other times you’ve come back for Homecoming?

I’ve been on the Board of Directors and the Executive Committee of the board for many years. I don’t think the fact that I’m now President was substantially different. There was, perhaps, a greater sense of pride and obligation, but not a sea change or very material difference.

You’re starting your term as President of the Alumni Association. When you think about the years ahead, do you have any specific goals or things that you want to see happen while you’re President?

One of the things that I want to do is be very mindful that it’s a volunteer board, and to make sure that everyone’s participation is meaningful and impactful. We want to take that notion and express that as a board, so that our events and our alumni engagement is more impactful and meaningful. I want to make sure that all or most of the board work happens at the committee level, and then when we have our board meetings, it’s just a report back to the board of what’s already happened to move our vision and our objective ahead. I want to make sure that we’re using our resources in the most productive way.

We want to have more focused engagement with alumni. We want to make sure that we have events that are meaningful to alumni, that will draw alumni to participate.

When you think about your own years at Stony Brook and “coming home,” what is it that you think of “coming home” to when you come back to campus?

A family of sorts. I think of my Stony Brook experience as a filial one. It’s family-like. In fact, I met my wife of 30-plus years at Stony Brook. I also have a whole group of friends who are my dearest friends in the world who all went to Stony Brook. We’re regularly in contact with each other, and we see each other at least a few times a year. There can be as many as three or four of us to 20 of us. Not all of them have come back to Stony Brook, but when they do, and when I’m back, it’s fulfilling and rewarding to think about the family connections and giving back to the University.

And when you look at your career since Stony Brook and where it’s taken you, where do you most see the “fingerprints” of the University and your Stony Brook experience?

While I received a fine education at Stony Brook, it’s not necessarily the academic rigor that I see as the “fingerprint.” It’s really the community, the people that I’ve met who I admire who inspired me who were fellow Stony Brook students.

My mother, who is a great inspiration to me, and is the person who has probably pushed me most to excel — indirectly, from the way that she raised me — drove me to Stony Brook on Election Day of my junior year of high school and asked if they would admit me early. I never went to the 12th grade. My mother thought it was important that I not be bored and stick around high school, and that I really needed to get to the next level to become more serious about my studies and my life.

I studied a lot of philosophy at Stony Brook. I think I took eight philosophy courses and two graduate-level philosophy courses that I was allowed to take as an undergraduate. I think that was very inspirational to me and very, very helpful to me. To me, working at the Student Cooperative Audio-Visual — I was doing sound engineering for concerts; I was lighting director for concerts and events on campus — and those are the fondest memories that I have.

You mention the philosophy courses. Did you find that as you began to study law, your experience with philosophy here had put you in the mindset to approach that coursework?

Absolutely. I think that the critical thinking involved in the philosophy courses that I took was very helpful to the law school experience.

It’s not all that surprising that your musical memories would be some of your fondest from your time here…a quick look at Setlist.fm for Stony Brook in the 80s brings up concerts by Jerry Garcia, the Ramones, Lou Reed, Frank Zappa, Santana, the Kinks…

And I worked at most of those shows. That’s why those memories are the fondest memories I have from Stony Brook. Working the lights at a Kinks show. When would I ever have that experience in my life as a 19-year-old kid?

All of these bands would come to the University. I remember Quiet Riot played in December of 1984. I injured myself working that show, almost chopped my finger off, and had to go to the University Hospital, but it was fine. I worked for George Thoroughgood, Quiet Riot, the Kinks, Paul Young, the Alarm. I used to have a cassette tape box with all my backstage passes.

I remember when Jerry Garcia played; that was in my freshman year, Zappa and Santana the next year. That was before I was involved in Student Cooperative Audio-Visual. They played the same weekend: Saturday night, Zappa played, and then Santana on Sunday. That was a pretty interesting weekend.

All of those bands played, and I got to work at so many of those shows. Eddie Murphy, when he was first coming up, played at the University; Cyndi Lauper had a gig at which I remember working. Hot Tuna didn’t bring their own lighting guy, so we got to be the principal lighting tech. Stony Brook used to have these Strong Lighting Super Trouper carbon arc lamp spotlights: two carbon rods that have an electric charge that goes through them are brought together to ignite, and then tuned centimeters apart, continuously bringing the rods together as the carbon is vaporized to create a brilliant arc that is beamed off of a mirror in the back of the spotlight, which throws this tremendously brilliant light out onto the stage. We were in what’s now the Pritchard Gym, where the concerts were held, and you would have these spotlights all the way in the back, on scaffolding that we used to build. Someone would come in with their own lighting crew, and they would allow us to handle the spotlights, so that was a lot of fun, but for some of the performances, like Hot Tuna, they didn’t have their own lighting guy. Jorma Kaukonen himself (leader of the band) just came up to us and said, “Ah, give us some blues and reds; keep it mellow.” We got to run the whole thing ourselves.

Those jobs, we all took so seriously, and that really set me up to have a particular work ethic, and really was very helpful for me when I graduated and had a full-time job, because we needed to make sure that these shows and performances were exceptional. Given the high level of responsibility we were given as young students, we rose to the task and put in the effort. We would begin setting up at 2 or 3 in the afternoon on Friday for a Friday night show, and we wouldn’t break down until 4 or 5 in the morning, and it was hard work, but it was a great education. I learned a lot about lighting, lighting design, and sound, which carried over into my law practice, in fact. When I was at Stony Brook, I played drums and played with some friends in bands, and I did all this work for these rock bands. I became part of this crew of people who had all-access backstage passes. So, when I graduated from Stony Brook and got into practicing law, there was always that bit of music involved that carried over, and now I have a very substantial music practice and represent Rock and Roll Hall of Famers, Grammy Award winners and some of the greatest songwriters of the 20th century. All of that was sort of borne out of my experience at Stony Brook working with those groups and music.