Five Seawolves Get an Opportunity With NFL Teams 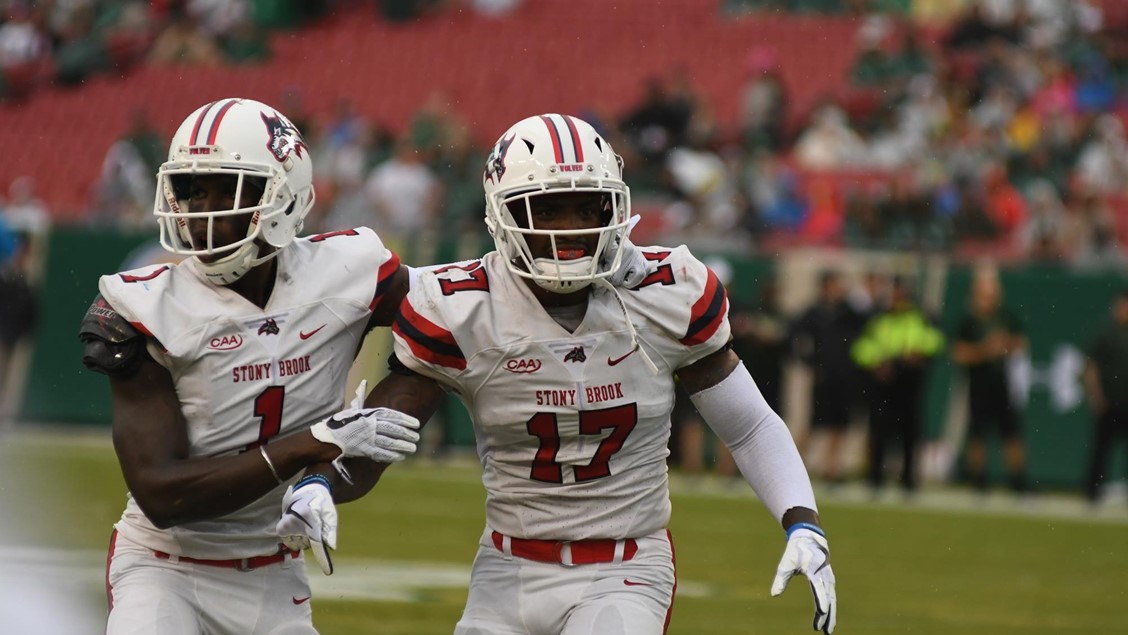 Beverette was invited to the New York Jets camp, while Bolden will head down to Philadelphia for the Eagles camp and Bedell travels west to join the San Francisco 49ers camp.

Parris started the first eight games of 2017 at LT before he suffered a season-ending leg injury in the first half at Richmond. The AFCA, Associated Press and STATS FCS All-American helped Stony Brook average 29.2 points and 351.2 yards per game.

Bolden, a two-time first team All-CAA Football selection at WR, pulled down 66 receptions for 780 yards and nine touchdowns in 2017 to lead the Seawolves’ receiving corps. He completed his three seasons at Stony Brook with 171 catches for 2,081 yards and 15 touchdowns.

Bedell, a 2017 first team All-CAA Football selection, gained 835 yards on 159 carries with eight touchdowns this past season for the Seawolves. He tallied 2954 yards and 31 touchdowns during his career at Stony Brook.

The NFL teams can elect to hold one three-day post draft rookie minicamp on May 4-7 or May 11-14.