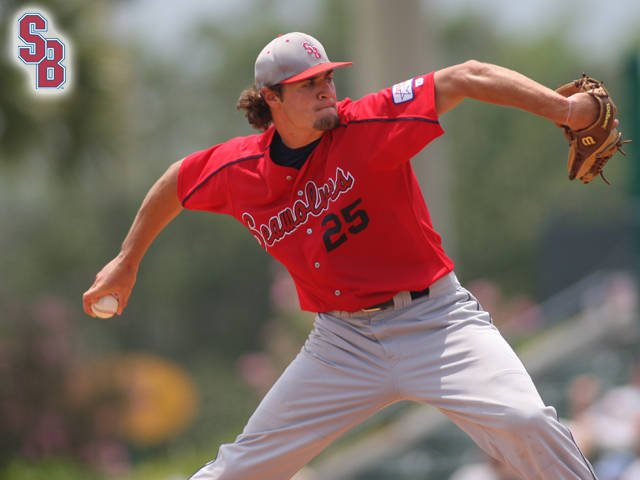 The 17th class is the largest to be inducted in the university’s history. The ceremony is the third since its hiatus in 2006 and was held in the Island Federal Credit Union Arena Atrium in front of family, friends and former teammates.

Tropeano had a tenacity on the field like few other freshmen did in 2009. He made effective use of his 14 appearances by recording 50 strikeouts in 58 innings.

“Coming in as a freshman I was looking for an opportunity to play,” Tropeano said. “It was one of my main things and for [head coach Matt Senk], his philosophy was ‘the best guys will play.’ And that drove me over to coming here.”

The following season, he led the conference with 106 strikeouts and ranked 22nd in the country with a total earned run average of 2.44, numbers that resulted in him being named the America East Co-Pitcher of the Year. Tropeano had a formidable 2011 campaign by setting team and conference records with 12 victories and a 1.84 ERA, and became the first player to earn two conference Pitcher of the Year awards. He was also named to the Louisville Slugger second team All-American and one of 25 finalists for the College Baseball Hall of Fame Pitcher of the Year.

Tropeano elected to skip his senior year and was drafted by the Houston Astros in the fifth round of the 2011 MLB Draft. He made his major league debut on Sept. 10, 2014 and struck out five batters while giving up two runs in five innings en route to a 5-2 victory over the Seattle Mariners. Tropeano was traded to the Angels during the offseason and remains with the team today.

“It was a little bit of a surprise at first,” Tropeano said. “I never got traded before and I got a cup of coffee in the big leagues and didn’t know how to take it. When it was all said and done, I was happy [the Angels] traded for me and wanted me.”

Tropeano was inducted alongside his teammate for three years and Stony Brook’s all-time leader in victories, Tyler Johnson. Johnson played an essential role on the mound in the team’s 2012 “Shock the World” NCAA Tournament run by holding the No.1-ranked LSU Tigers to one unearned run off three hits in a 3-1 victory. The senior finished with 12 conference victories, tying Tropeano for the school single-season record, and was selected by the Oakland Athletics in the 33rd round of the MLB draft.

Jessica Smith proved to be a dominant figure on both sides of the hardwood as the star forward/center for the women’s basketball team. Smith ranked near the top of conference rankings in several categories and led the 2004-05 season with a field goal percentage of 54.5. She finished her career with 920 rebounds, 1,710 points and shot nearly 49 percent from the field.

Mel Walker served as one of the pioneers for the growth and success that the men’s basketball team has earned throughout the years. Walker led the then-Division III Stony Brook Patriots to two straight Knickerbocker Conference championships in 1977 and 1978. He concluded his career with 1,226 points and holds the distinction of being the university’s only men’s basketball player to advance to the NCAA Tournament in every year he played.

Jordan McBride wasted no time showcasing his attacking prowess against opposing teams by leading the men’s lacrosse team with 44 goals and 55 points in his 2008 rookie season. McBride was the first player to record 40 goals in three consecutive seasons and earned All-America East first team honors each season along with the Player of the Year honors in 2011. He was selected by the Colorado Mammoth as the 13th pick in the 2011 NLL draft.

Sarah Boeckel’s ability to set up her teammates to score was second to none. Boeckel was the setter for the volleyball team as it converted to Division I play and was a catalyst for the team’s early success, helping lead her teammates to two ECAC championships. She holds the school record for assists with 4,949.

David Bamiro proved he was a one-man wrecking crew from his very first collegiate game in 2001, injuring two different St. John’s Red Storm quarterbacks with vicious sacks. Bamiro’s intensity on the gridiron earned him 29 career sacks, which was a Stony Brook record that lasted for 11 years.

Bamiro credited much of his success to his coach and the final inductee of the ceremony, Sam Kornhauser. Kornhauser was the first Football head coach in the university’s history and led it from Division III to Division I. He finished with 105 career victories and guided the Seawolves to their first-ever Northeast Conference title in 2005.

“When I first came to Stony Brook in 1984, I had felt that I had landed the best job in the country,” Kornhauser said. “A job with meaning and purpose. How cool is it to be responsible for starting a Division III football program?” 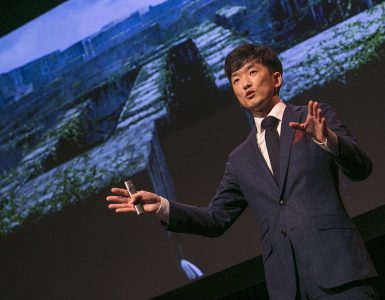 Dr. Il Memming Park and three Stony Brook early career research colleagues took the stage and presented their high-risk, high-reward concepts to a panel of prestigious judges at the 2019 Discovery Prize competition in... 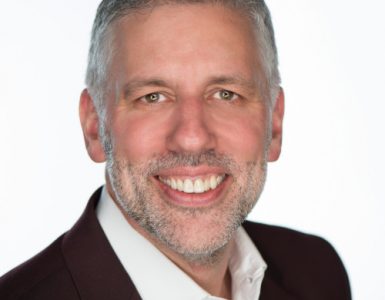 By Tim Ressmeyer ’84, Leadership Coach, Ressmeyer Partners We are all the creation of everything that has happened to us up until this point in time. Every relationship, hardship, joy, loss, gain, job, heartache...

New Ways to Connect with Stony Brook in 2020

The Epidemic of Wrongful Convictions

Join Us at the 10th Annual Students and Alumni Networking Mixer